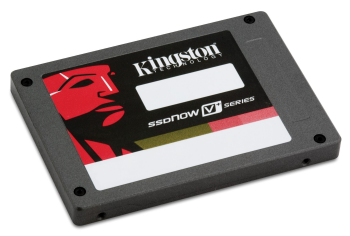 Those of you old enough to remember the Celeron 300A would easily recall this legendary icon that solidified words like overclocking and watercooling into the vocabulary of computer enthusiasts worldwide. The 300A was a low cost processor that when ran to its maximum potential was faster than Intel's flagship processor at the time. So, how could a value class solid state drive even begin to compare to a legendary Intel processor, you ask?

Just recently we reviewed the Kingston SSDNow V Series drive that uses the JMicron 602 controller which has been reworked by Kingston and Toshiba. The V Series has a very respectable price performance ratio, but it is hardly what I would call an enthusiasts product. Just hours after our review of the V Series Kingston announced their V+ Series of drives in 64, 128 and 256GB capacities. Just like the original V Series press release, the controller used for the product line was not listed. I completely understand the omission from the V Series press release, but the V+ Series does not have to worry about the JMicron reputation since it carries one of the most advanced chipsets on the market today, the Samsung S3C29RBB01-YK40.

So, how does all of this bring about comparisons to the iconic Celeron 300A? In our lengthy testing of the Samsung controller we found a little discussed feature that is only found in the Samsung controller. For the last six months everyone has been talking about "garbage collection", the only fault that remains in these early stages of solid state storage products. MLC SSDs need to clean a block of its previously stored data before it can be written to. Windows XP and Vista simply disregards the data, but just like platter drives, SSDs retain the information until that particular piece of real-estate is required to store additional information. When it comes time to write to that block a solid state drive sees that information is present and needs to scrub the block, this adds latency since an additional process was added to the chain.

The Samsung controller has a unique feature called Self-Healing. The drive is able to cleanse itself of deleted data without being ordered to by the operating system. Indilinx has a similar feature, but there are some strong imperfections that make garbage collection troublesome. The Indilinx system requires a single drive, no RAID support and the drive must be the boot drive. Not exactly the stipulations an enthusiast can live with since RAID is now built into every mainstream motherboard sold on the planet.

So, is the ability to use several solid state drives in a RAID array that cleans itself of unused data enough to call the Kingston V+ Series a legendary product? Let's take a deeper look and see. 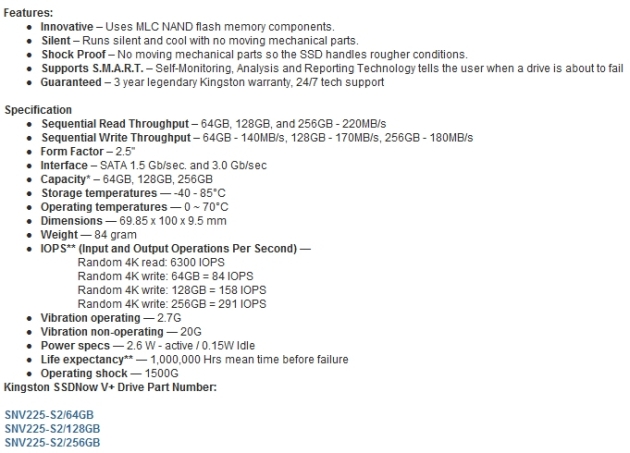 As mentioned in the intro, the SSDNow V+ Series has three capacities, 64, 128 and 256GB. The entire series all receive a 3 year warranty and a 220MB/s read speed rating and use MLC NAND flash memory. Write speeds for the three capacities are different; the 64GB drive that we are testing here today has an SWT of only 140MB/s, but the 256GB model goes all the way up to 180 MB/s.

The V+ Series also has a wide IOPS rating. The 64GB drive is able to achieve 84 IOPS while the 256GB model is rated at an incredible 291 IOPS in random 4K writes. Obviously this is a huge difference in rated speeds that should be explored when the opportunity is available.

Not listed in the specifications is the self-healing feature that will be a big attraction for enthusiasts looking to replace desktop boot drives with a pair of V+ Series drives in RAID arrays.

Of course price plays a big role and at the time of writing the V+ Series has yet to be listed by Newegg or other reputable e-tailers. Since the V Series is the lowest cost SSD line on the market, I can only cross my fingers and hope that Kingston was able to follow up with another low cost product line. 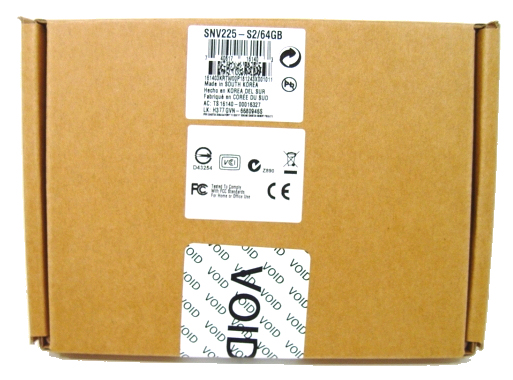 The label on the front of the box sent alarms right from the start since it mentions South Korea, the home of Samsung. Unlike the V Series we tested last week, the V+ is not available as of yet in a bundle designed to aid installation in desktops or notebooks. 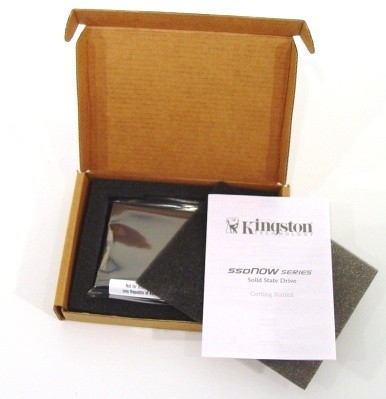 With the package open we see the drive is secured with open cell foam on all sides and that a generic SSDNow manual is included in the package. 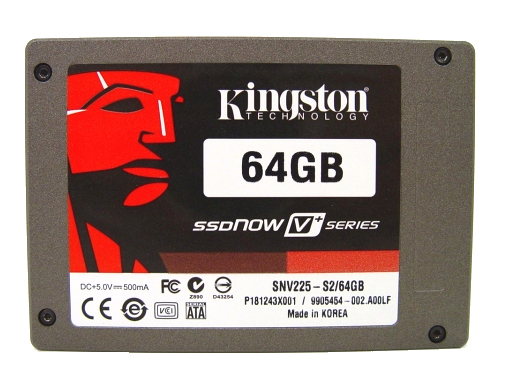 The housing is nearly identical to the V Series in every way other than the addition to the "+" that has been added to the sticker. 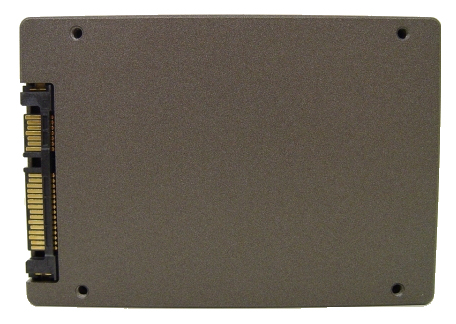 The back of the drive is void of information, but we do see that the drive has the bottom screw mounts.

The standard mounting points are present on the side of the drive. 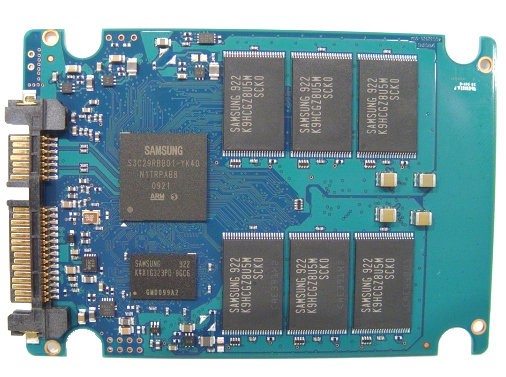 Samsung is all over this drive. The controller, cache and flash are all Korea's best. 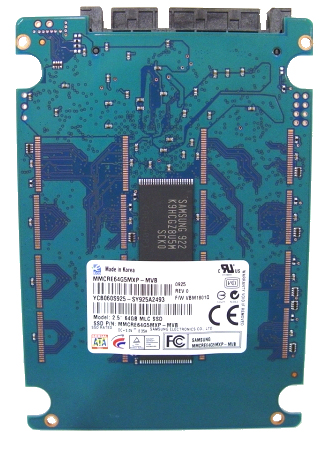 On the back we see that the internals are actually manufactured by Samsung. The Samsung part number is MMCRE64G5MXP-MVB.


Today we are comparing the Kingston SSDNow V+ MLC SSD to other 2.5 inch drives that we've reviewed in the past. 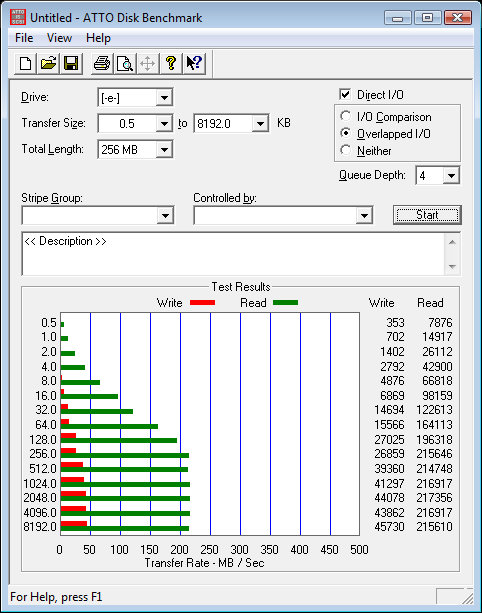 In ATTO we see very impressive read numbers, but the write numbers are really low. This is quite odd since ATTO generally gives us the best numbers out of any test. Let's see if this continues. 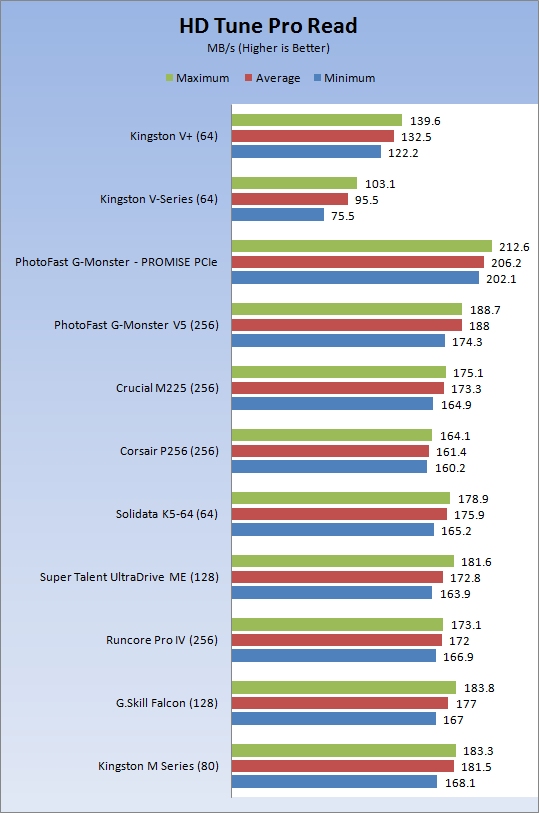 Here we see considerable improvements over the equally sized V Series drive. The Corsair P256 is still a bit faster since the larger drives perform better. 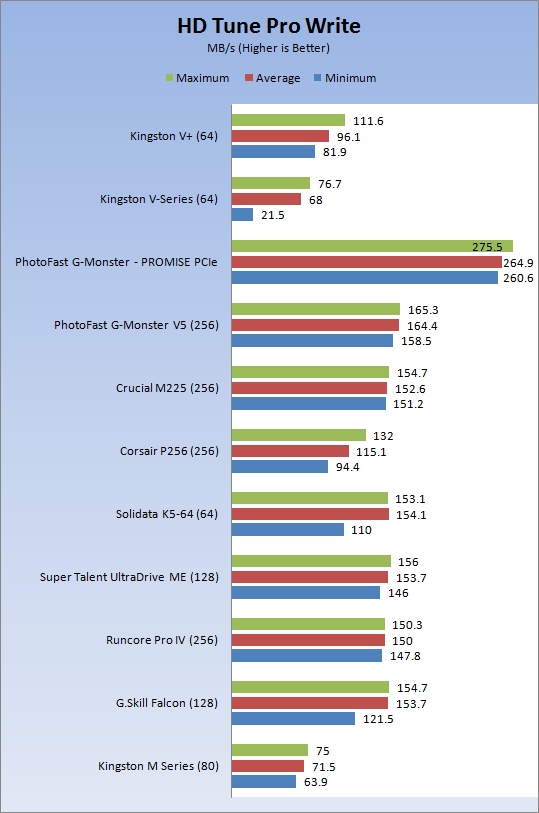 The write test shows that the Plus is well deserved; the new drive outperforms the V Series drive by nearly 30 MB/s in average. 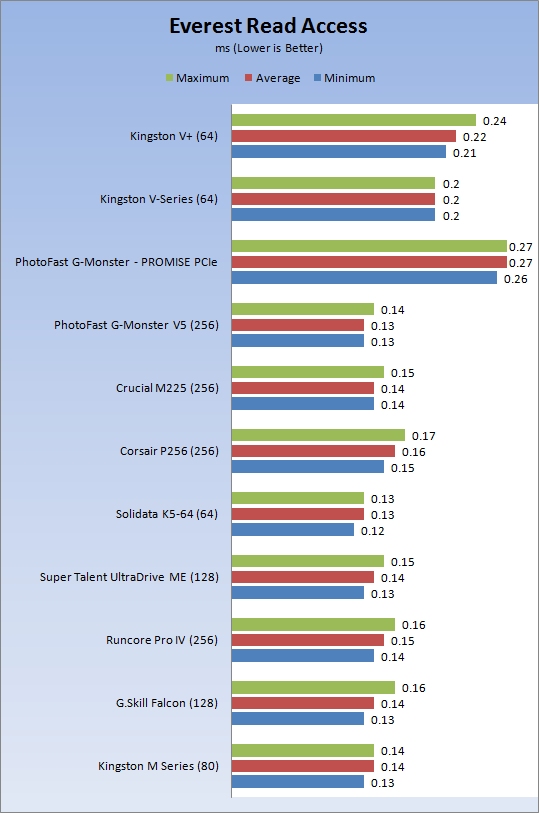 Read access time is a little on the high side for an SSD, but still a lot lower than a traditional platter based drive. 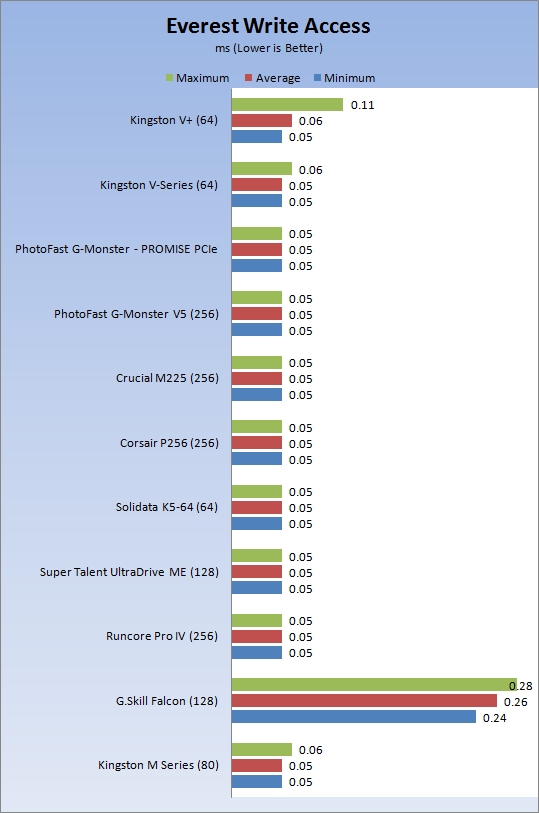 There were a couple of spikes that gave us .11 ms in the max category, but everything evened out pretty well.

We finally get to the important tests for Windows users who are taking a close look at the Kingston SSDNow V+ for their system as a boot drive. The V+ doubles the speed of the original V Series drive in almost all of the test categories. In these tests you have to question the V rating since the V+ is able to run with many of the Indilinx drives. I would bet that the 256GB model would be right up there with the fastest non-RAID drives. 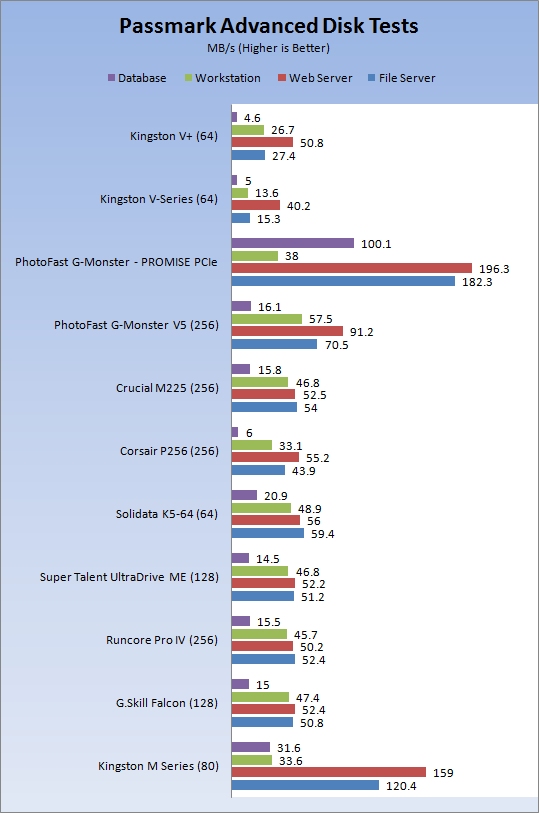 Once again we see the Plus model nearly doubling the performance of the non-Plus drive.

The Kingston SSDNow V+ 64GB SSD is a fast drive for its capacity. Larger drives from the same series will produce better benchmark numbers, but their cost will also increase. The cost is really the only remaining question, but since the drives are not available we are not sure about the final price. With the SSDNow M Series dropping in price by a fairly large margin recently, I think that the V+ drives will be very affordable and well within reach for enthusiasts.

For enthusiasts the SSDNow V+ represents a great opportunity to install a RAID array that will continually work at very high speeds. Since Indilinx has such high requirements for keeping the drive in optimal conditions, it really isn't wise to use them in RAID and expect high, long lasting write performance. The Samsung controller doesn't have this limitation, so if you are going to run RAID put the V+ class of drives on your watch list.

Joe Sixpack mainstream users can also benefit from the Self-Healing feature since it is automatic with no user input given at all. The sad thing is that most V+ users will never even realize that their SSDs are actually working to maintain optimum performance when the system is resting, since Kingston isn't advertising this feature.

Next month we will be able to put the RAID capabilities to the test and dive deeper into the Self-Healing feature. As a single drive we can recommend the V+ to mainstream users looking to take advantage of the extremely low access times that make solid state drives so much better than platter drives when used to store the operating system. Enthusiasts will want to stick with the higher capacity drives since that is where the best performance sits, or perhaps double up two smaller drives. 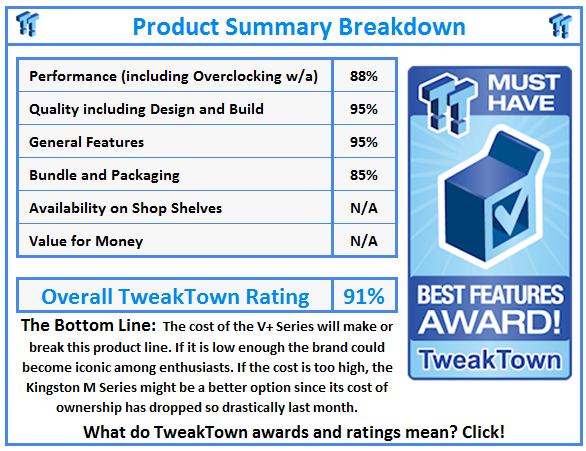