It's been a while since we've seen anything from A-DATA, but like most memory companies they've also decided to ramp up their memory in the MHz department with the release of a PC3-12800 memory or 1600MHz kit.

Not only has the company decided to release a 1600MHz module, they've also mixed it up by adding a fancy cooler to the setup to really help the company stand out from others. It also helps cement the company as not only one that makes plenty of memory for people who want standard JEDEC specs, but also with the ability to be in the systems of the more hardcore users.

This is what it looks like in the paper department anyway and whether or not they actually translate into some good performing modules remains to be seen. What we'll do quickly is have a closer look at the package and the modules before seeing how they clock up and then we'll check out the performance results we get from the modules.

It's nice to see that A-DATA has gone a bit fancy on the packaging. From the front we can actually see a sneak peek of the cooling they have opted for along with the main details on the memory modules. 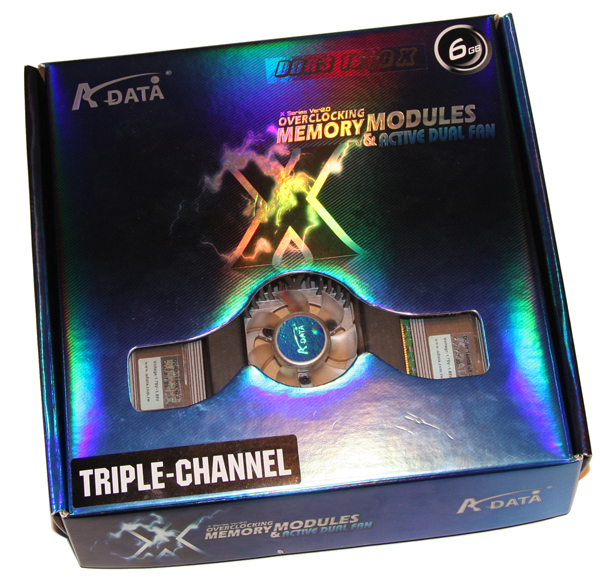 Across the top we have the important information like brand and speed, which in this case is DDR3-1600 along with the fact that it's a 6GB kit. While we can only see two modules, we can see along the bottom that this is a triple channel kit. 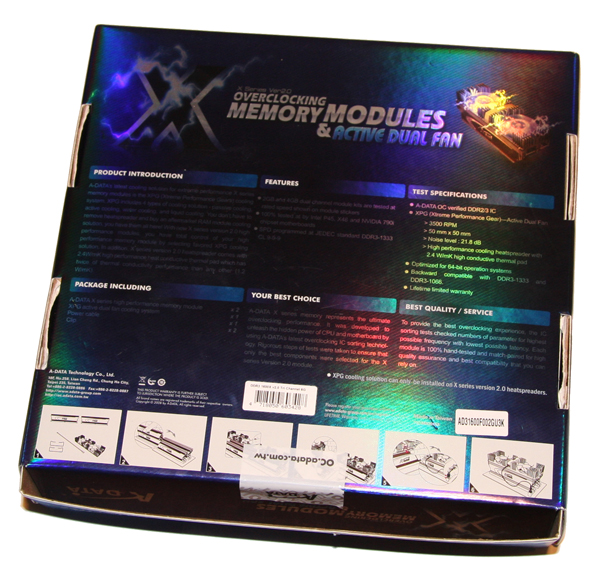 Looking at the back of the package, we can see across the bottom we have a bit of a step by step guide that shows us how to install the cooler. Above that we have a bunch of information regarding the kits features, specifications and other helpful info. 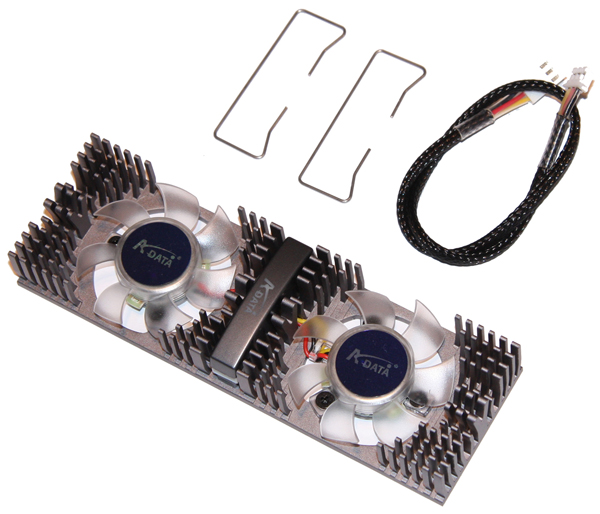 Inside the package the main extra we can see is the cooler that A-DATA has chosen to include in the package. While installation might look a bit confusing, looking at the back shows us how to do it and it really isn't that hard.

Checking out the modules now, we can see that there isn't anything too fancy going on with the overall design of the heatsink. We can see that it's silver and in the middle of it we have the A-DATA logo. 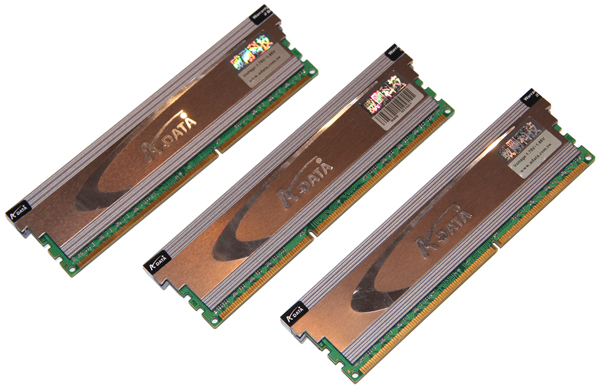 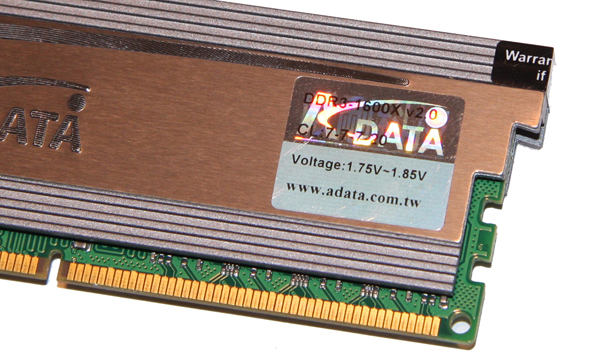 One side shows us serial information while in the corner of the other side we have more information on the specifications. We can see it's a 1600MHz kit; the timings are 7-7-7-20 and the voltage range is between 1.75v - 1.85v which is a bit up on Intel's 1.65V max recommendation. We can also see the A-DATA website mentioned for if you're interested in seeing some of the other products the company does.

What this meant is I was working on achieving 2000MHz at the default timings of 9-9-9-24 and while it did seem a bit harder to get there than the PC3-16000 kit I reviewed from Corsair the other day, it managed to stay there and run our benchmarks without any issues.

It wouldn't get much higher, though, which didn't come as much of a surprise. What did come as a surprise, however, was a few days later when I looked closer at the pictures I realized I was dealing with a PC3-12800 (or 1600MHz) kit. What this ultimately means is that we've got a very nice clocking set of A-DATA modules on our hands here!


Today we'll be seeing how the A-DATA kit we have here goes at its stock 1600MHz speed and we'll also see how that compares against 2000MHz Corsair modules that have been down clocked to 1600MHz and use the JEDEC approved latencies.

We'll also be seeing how the kit compares at the stock 1333MHz that most basic i7 systems would use along with what kind of performance increase we got when the speeds are ramped up to 2000MHz.

With the processor sitting at 4GHz in all setups what we see is that the performance between all configurations is very similar.

We can see that at 2000MHz we've got some serious performance on offer here. We can also see that the lower latency timings on offer from the A-DATA modules when compared to the Corsair give us a nice boost in read performance.

Like EVEREST we can see that with the modules at 2000MHz we see some serious performance. We can also see that compared to the Corsair modules which are down clocked we get a jump on them thanks to the lower latencies on offer.

Here we can see that performance between all setups is quite similar with not much to report about.

Performance is slightly up and down all over the place here but nothing to really report on, the extra MHz on offer here really do little for gaming performance.

With the clocks we achieved out of these A-DATA modules, it's clear that there's some serious performance on offer which shows us that A-DATA could be a serious contender when it comes to performance memory.

As for its 1600MHz performance, the 7-7-7-20 timings on offer really give us a nice boost in performance in memory related benchmarks when compared to modules sitting at the same speed, but using the JEDEC approved 9-9-9-24 setup.

The overall bundle that A-DATA has put together is pretty impressive as well with the company choosing to ramp it up in the cooling department by offering us an active cooling solution, which is always a nice addition to your memory kit.

1600MHz memory really gives us a nice balance when it comes to price and performance. We get a nice little jump in memory performance when compared to stock 1333MHz modules with a bump in price that is nowhere near as major as what is seen in 2000MHz kits.

With A-DATA also offering 2000MHz kits, there's no doubt that A-DATA can be a serious contender in the highly competitive memory market. And while these highly clocked kits might not be the biggest seller, it does draw attention to the brand which results in people looking at their clocked modules for basic systems or friends who don't want to spend the big bucks. 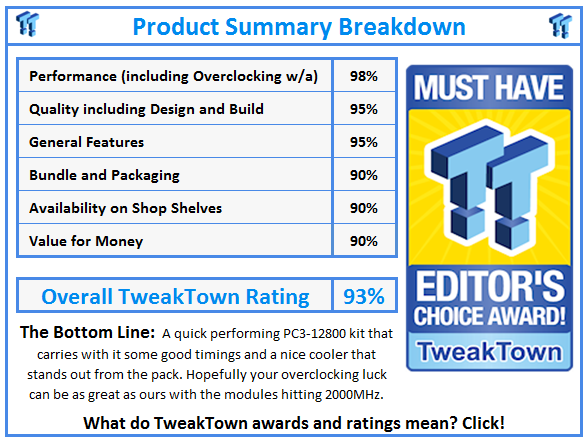