The Dominator series of memory from Corsair is one name that comes to mind when you're thinking of performance memory. While out of reach for many people due to the price the modules tend to be at, if you wanted performance they're a set worth looking at.

Expanding the lineup we see that Corsair has added a PC3-16000 kit which offers a stock clock of 2000MHz. This for most people is simply unnecessary. But if you're serious about your benchmarking or simply want the fastest stuff on the market, they could be worth looking at.

What we'll do is have a look at the package before checking out the modules and see what exactly they're capable of before seeing what 2000MHz looks like and what it means in the performance department.

The Dominator GT kit doesn't really come in any retail packaging, rather just some white boxes, so we haven't bothered taking any photos of that. Instead we'll just get stuck into what we find inside the package.

Inside the box there are two sections, three clear packs for each module and another white box that has the cooler included. 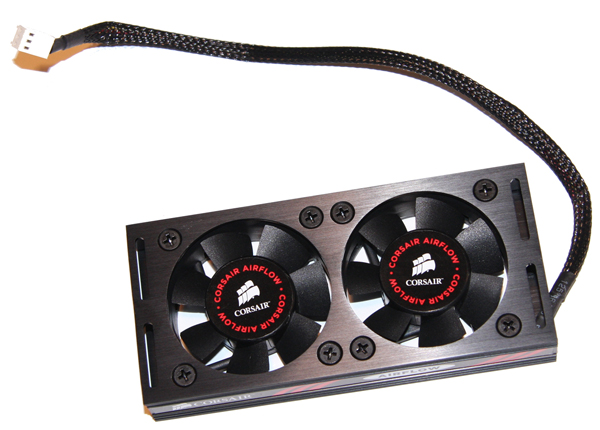 Inside that box we find the cooler along with two brackets and some screws. In a bit of a do it yourself kind of job you have to put these together to create the cooler that can be used with the memory. While there aren't any instructions the task is hardly confusing and within moments you should end up with something that resembles what you can see below. 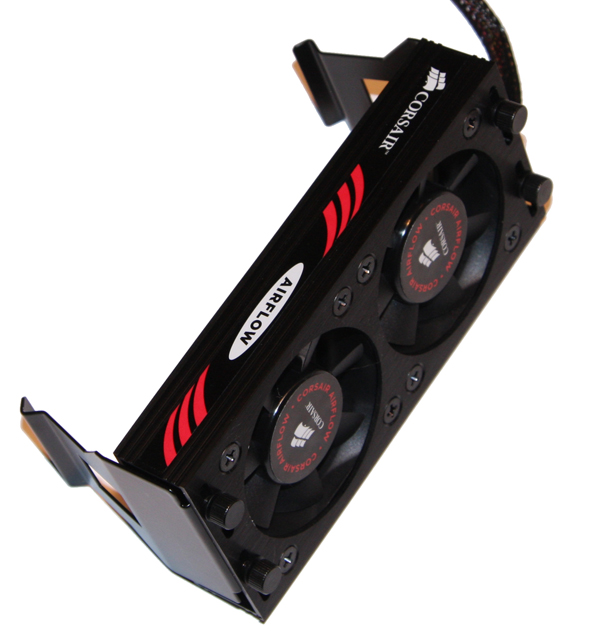 As you would expect there isn't heaps in the package, but that's not really a surprise with it being a memory kit. It is nice to see a good quality fan setup, but really we don't expect anything less from the Dominator series.

In typical fashion we've got a pretty big module on our hands which has a heatsink protruding out the top. We can clearly see that the modules are Corsair and that they're part of the Dominator GT series. 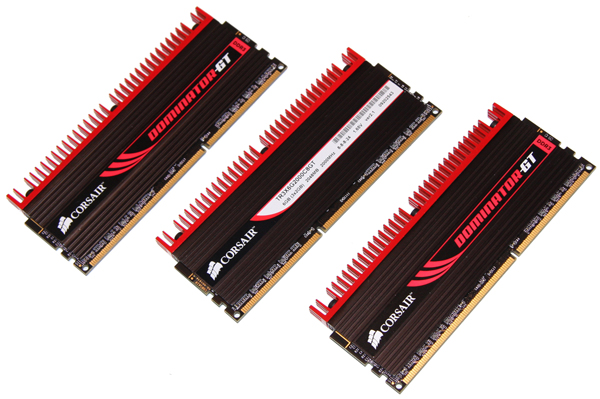 On the other side we have the Corsair logo along with some information on the modules. Looking below we can see the main specifications; it is a 2000MHz module and is a 2GB stick which is part of a 3 x 2GB setup. The timings are 8-8-8-24 and this is achieved with the voltage of 1.65. 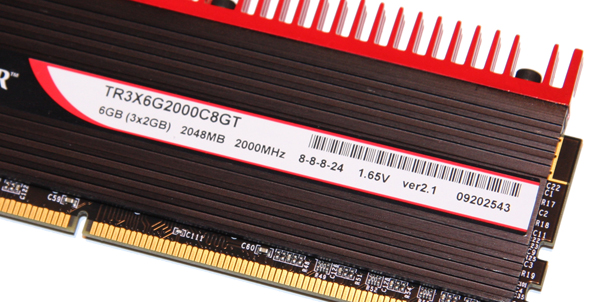 One thing that has to be mentioned about these modules is with regard to the quality of the heatsink. While a bit painful upon installation due to the sharpness, the overall build quality on the heatsinks is simply fantastic.

This combined with the fan sink that Corsair has included in the package would have to make these one of the highest quality memory modules I've ever had the pleasure of dealing with. There's no denying that the memory game is pretty competitive these days, but it's good to see that Corsair is sticking out some excellent quality products that seem to be worthy of the price tag.

Getting to 2000MHz wasn't an issue for us. At 4GHz on our CPU we used the dividers to achieve 2000MHz exactly and also set the timings correctly. During our testing we didn't have a single issue with the modules, which is fantastic.

Getting higher wasn't easy, however. While we did get into Windows at 2010MHz - 2020MHz performance was a bit flakey and we opted to not bother pushing any more voltage to try and achieve any higher.


With a new CPU in hand that we organized specifically for our new memory testbed along with a new graphics card that's going to be used in all our memory articles, we were ready to go.

What we've done today is set the modules to their default 2000MHz setup which is 8-8-8-24; we've also clocked them down to 1600MHz while using the same CPU speed and moved to the JEDEC timings which are 9-9-9-24. We'll see what the extra MHz does for overall performance. This is a good setup since the CPU speed is exactly the same and the only difference is the memory speed.

wPrime is quite CPU orientated so what we see here is no real difference between the two setups.

Under EVEREST what we see is that the extra MHz on the memory offers a serious jump in performance with the best gains being seen in the read department. The results above really speak for themselves when it comes to overall performance.

Under Sciencemark we see that the two setups perform quite similar with almost nothing separating them.

Looking at a real world environment like gaming we can see the extra MHz is giving us a bump in both the minimum and average department at both resolutions.

At well over 300 U.S. Dollars, the Corsair Dominator GT kit we have here today is far from cheap. For most people this kind of money doesn't have to be spent for them to be happy with their system. With that said, though, if you're serious about performance, really want to get into benchmarking or simply want to own some of the fastest modules on the market, these are a serious set of modules.

What makes them really shine is not only the performance of the modules, but the quality of them. As we already mentioned, the quality of the heatsink and the fan sink are second to none and while there might not be any fancy retail packaging, these are just an all out quality set of modules.

For most it's going to come down to the money and the problem is value is going to be completely dependent on the user and what they want. If you're going to run your system at stock these are terrible value. On the other hand, if you want some fast high quality modules that look and perform great, the overall value of them is excellent.

This kit here today continues to let us know that the Dominator GT name gives us the highest quality of memory. If you want to spend money and need to see some serious MHz then take a serious look at these Corsair Dominator GT modules. 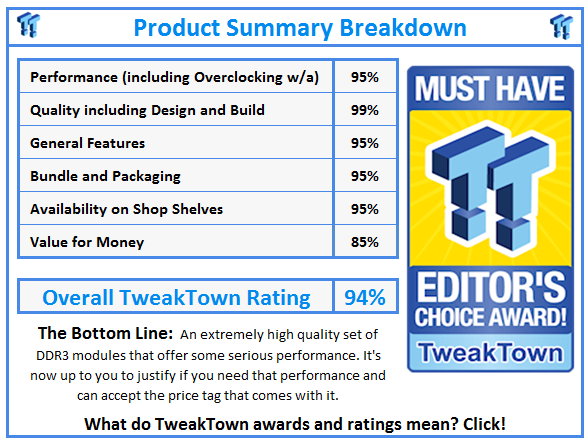