You may remember that a while ago I set up a two-way duel between a pair of Razer and SteelSeries gaming headsets. During that battle Razer came out tops for sound, but I felt there could have been some improvements to the headset itself.

*draws back the curtain to rapturous fanfare.

TA-DAA! - Here we have the latest from the Razer labs in stereophonic joy, the Carcharias. 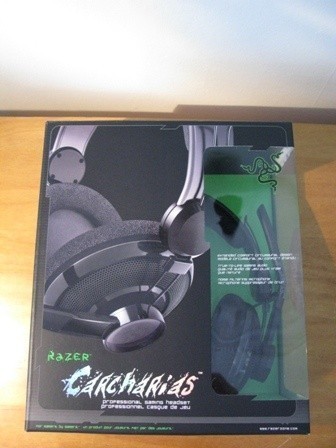 Adopting a more comfortable over-the-ear cup and some meaty 40mm drivers, these headphones look set to give the audiophiles in us something to get excited about.

Here's a quickie of the specs the Carcharias sports: 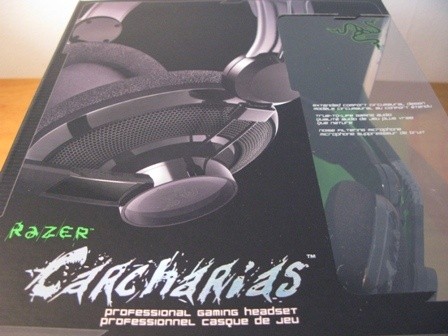 The Look and Feel

Taking these out of the packaging, they struck me as being very shiny, but then I realised the headband is a matt finish and really that accentuates the shiny gloss black plastic parts on the headphones themselves. It's a nice touch to see headphones looking more and more stylish, but the feel in the hand is too light; they're a little bit on the flimsy feeling side. But this is not necessarily a bad thing, as we hope to find out. 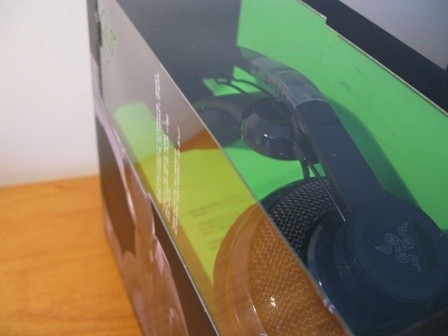 Slipping them on, they feel comfortable as socks; the padded ear-cups have a fuzzy quality that doesn't leave your head sweating like some of the leather ones. 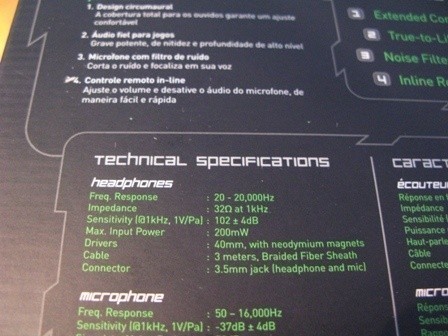 The headband adjusts smoothly to fit any head size (unless your head is incredibly tiny, like shrunken head size) and the padding on top makes them super comfortable, too.

One of my biggest concerns with headphones usually is the head-pinch factor, where after a period of wear you begin to feel uncomfortable and start to develop a headache at the temples. These do not suffer from that pitfall thankfully. Due to their light weight design (see, I told you it was a good thing) and roomy ear-cups, the pressure is spread more evenly over a larger area. 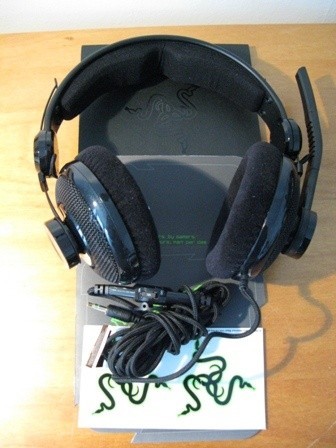 But enough about the look and feel, what about the sound?

One thing that struck me as a clever design aspect with these headphone jacks is the lack of colour on the outer rubber casing. Instead Razer has decided to colour the isolation rings inside the gold plated jacks themselves to give that touch of pure class! 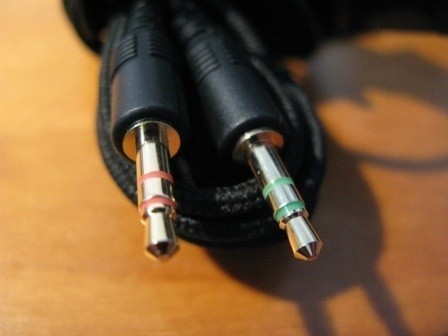 With the headphones plugged in, I quickly scour my music selection for a few good test tunes, some beats, some melodies and some classical. 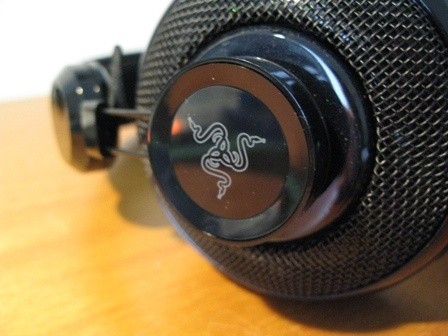 Another thing struck me as being different about these headphones compared to their smaller brethren, the Piranha, is the lack of a USB connector to make the Razer logos light up. Where are my blue LEDs? - I demand blue LEDs!

After a few hours of testing and messing around with volumes and such, I can say that these headphones do not disappoint. The bass is big, the treble is peaky and the mids are broad and filling. Razer has really made sure that they have included some quality units inside these cans, that's for sure.

Of course, testing them with music is one thing; but how do they compare to in-game usage? - There is only one way to find out. 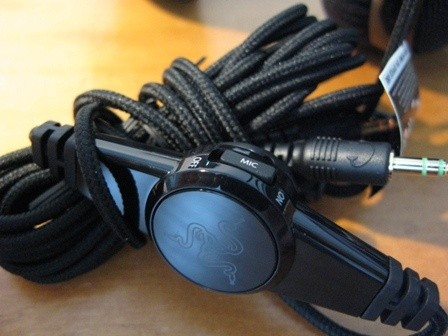 Loading up some TF2, you can really hear the insults coming in nice and clear. Right down to the mouth breathing. The sounds of the sentries are sweet music to my ears.

Going a bit more atmospheric now, into HL2 there is a really nice environment created by the quality of these headphones; the soundtrack and the background noises really start to creep you out after a while. The only downside of course is that these are not surround sound, so there is only bi-directional sound location awareness.

So, with the sound reproduction quality laid to rest, it's time to look at the microphone's abilities.

It's easy to forget that these cans have a mic-boom attached to them. It folds up so neatly with the headband to keep it out of the way that you just don't even realise it is there. 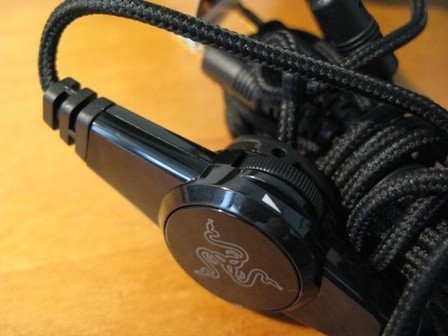 Putting it to some use in TF2, you can tell that Razer have taken pains to ensure that the filtering and pickup is really tailored to the frequencies associated with speech.
Very little background noise, such as computer hum and breathing, is picked up which really helps you to be understood when you are trying to co-ordinate an attack.

The mic boom is bendy at the mid-point, so it can be positioned as required and will swing through a full 180 degrees (should your mouth be under your chin). 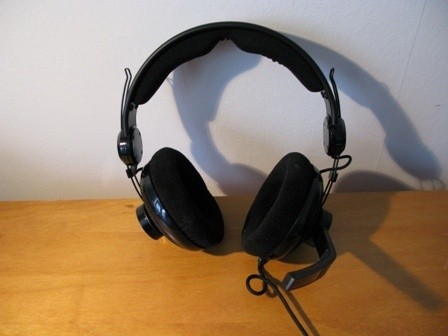 Also worth mentioning is the in-line controls that Razer have included; they allow quick and easy volume adjustment as well as mic-muting, with a clip to attach it to an item of clothing to keep it in easy reach.

The only real gripes I have about these headphones are firstly, the price. At 79.99 U.S. Dollars from Amazon, this is a bit steep for the amount of features being offered and there aren't even any blue LEDs! - Secondly, there is no muting ability for the headphones, only for the microphone. Although this is a minor niggle, it's still a feature I would have liked to have seen.

Despite these issues, I would say that if you can flash the cash, these should be on your list; they won't disappoint. 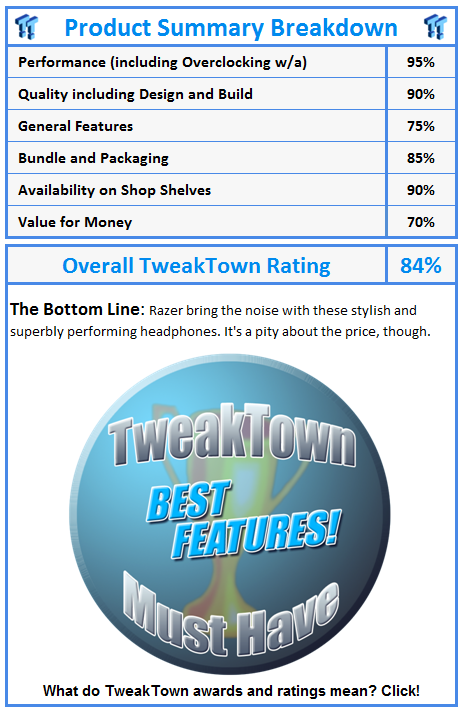