In today's consumer PC market, if you want to get ahead, you need speed, performance and a product that people will want to buy. Graphics cards are held by either NVIDIA or ATI; there are no others of real contention, and this market is cut throat.

One of the biggest performance parts in the system today is the memory or RAM. Your system memory is what makes or breaks your PC; if it's too slow, your CPU can't get fast enough access to the data stored, and with today's ever growing fast paced PCs, you need to keep up.

Intel added what it termed XMP or Extreme Memory Profiling to its X38 and X48 chipsets; this in terms of technology is the same as NVIDIA's EPP which adds extra instructions into the memory SPD, allowing the memory to tell the system how fast it can run, what extra voltages it needs and what timings can be used for certain extreme profiles.

Today we have A-DATA's Vitesta Extreme Edition DDR3 modules designed for XMP with a rating of 1600MHz; the fastest that Intel currently supports on its X series chipsets. Let's see how well it performs. 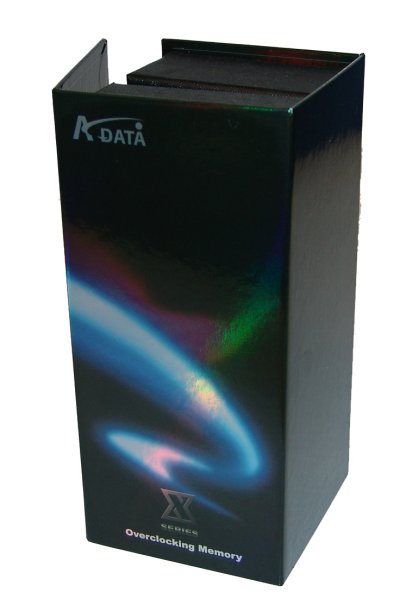 A-DATA packs the Vitesta modules in a rather interesting fold-out box that not only protects the memory, but looks good in the process. It's a sealed box that you have to open, then fold out and pull the memory from its casing. 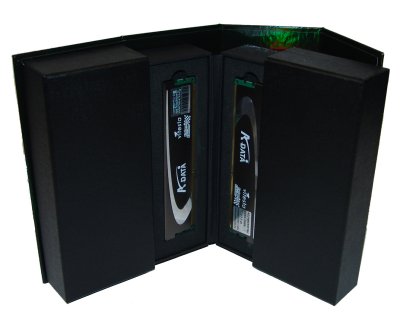 Due to the nature of the box used, there are no pictures on the front, back or sides, and on the inside there is only some basic instructions on how to set up the memory, so you're not going to get any sneak peaks of the modules before you buy them in the shop (apart from this review of course). 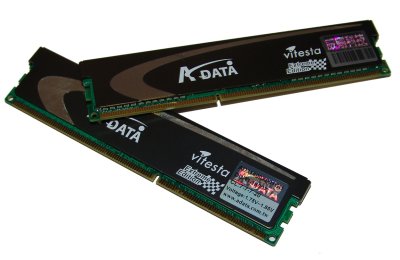 Pulling the modules from the box, we get to see them in all their glory. The modules are what we call standard height with a standard size and thickness heatspreader on both sides to channel heat away from the modules. The spreaders are imprinted with the A-DATA logo and the Vitesta product logo on both sides. 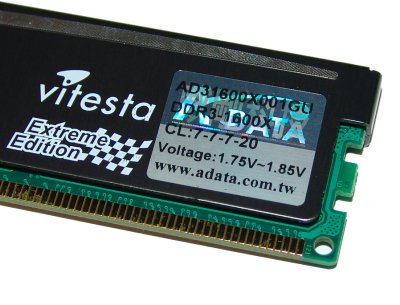 On one side of each module is a hologram sticker with specs on the modules speed and ratings. The kit we received was a 2GB Dual Channel (2x1GB) kit with an XMP profile of 1600MHz and is designed to run at 7-7-7-20 with a maximum of 1.85v.

Overclocking is always one of the joys of the job, and memory is getting higher in quality each day. These modules are rated to hit 1600MHz on all Intel X38 and X48 boards.

Our GIGABYTE X48T-DQ6 ran these modules at the XMP profile of 1600MHz with the 1.85v, but we weren't happy here. We decided to see what extra we could get out of them; the result was a 1688MHz total speed with a bump in voltage to 1.9v. This was the limit; no extra voltage increase would help it go any higher, but it's a very good result nonetheless.


In today's venture we will be pitting the A-DATA Vitesta against our trusty old OCZ XMP test kit which we have been using for quite some time in our test bed. These modules have proven to hit over 1700MHz, but for today's result we kept it to the same 1688MHz for both. The OCZ memory was able to lower its timings to 7-6-7-20 for the XMP tests as well as the OC tests. Will this give it any extra boost? Let's find out.

Starting off with the pure synthetic bandwidth tests, we see that both modules at 1333MHz indicate no difference in performance; both run the same latencies.

At 1600XMP mode, we see OCZ just a tiny bit ahead. At OC mode, OCZ still have a couple of points in its favor, but nothing extensive.

Latency is where the OCZ manages to get just ever so slightly ahead, but only at the XMP profile settings and when overclocking. At 1333MHz there are no discernable differences between the two platforms.

In the real world gaming, the two kits perform identically to each other in all of our tests, negating the synthetic tests.

DDR3 still hasn't managed to take over the memory market as the modules of choice; they are still to expensive for the common users, and clock for clock they aren't any faster than DDR2. However, DDR2 has reached its limits; 1200MHz clock speeds are the wall; only a few have managed this.

DDR3 is now approaching 2000MHz and beyond; systems are now able to reach FSBs beyond the 550MHz mark, and using 1:2 memory ratios will see them taking home some very impressive scores.

A-DATA's XMP kit is extremely impressive; it was able to obtain its desired XMP rating and even pushed out a little bit extra. While we did hit a wall not that much past its rated speed, it's still a great module to have, especially if you're running an X38 or X48 chipset. 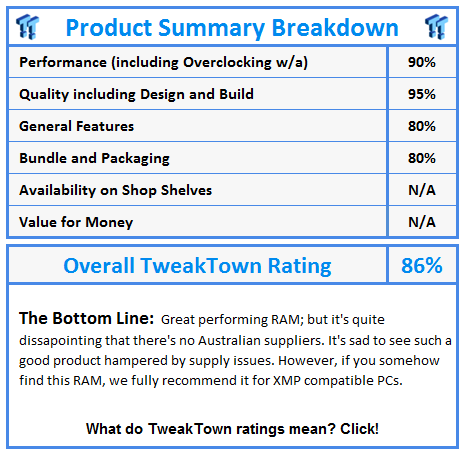