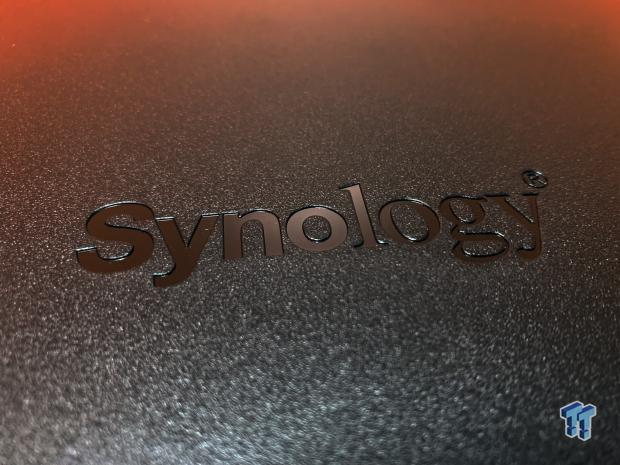 It has certainly been quite some time since we last had a Synology router in our lab. In fact, it has been nearly five years to the day since the RT2600ac was here, one of my personal favorites in recent times. Since the launch of the RT2600ac, Synology has refined its platform, SRM to version 1.3, and with the launch of the RT6600ax, it has deployed this new release alongside a revamped mobile app. Looking back, this new solution has some pretty steep expectations to live up to, with both the RT1900ac, RT2600ac, and MR2600ac being solid platforms.

The hardware design for this router relies on the IPQ6018 from Qualcomm. This appears to be either a new SoC or one that is unused, as I could only find two other platforms using it. That said, it is a quad-core design operating at 1.8GHz, and Synology has paired with it 1GB of memory and 256MB of flash.

Outside of that, the RT6600ax is the first to use SRM 1.3, which means we have a host of new features coming to the platform. Synology says many are "work in progress," but out of the box, we should expect the ability to configure multiple SSIDs and multiple networks with improved VLAN support. The RT6600ax is said to support 15x SSIDs.

The MSRP of the Synology RT6600ax is currently unknown. We expect, based on competition, this solution will be priced somewhere around $300-400. 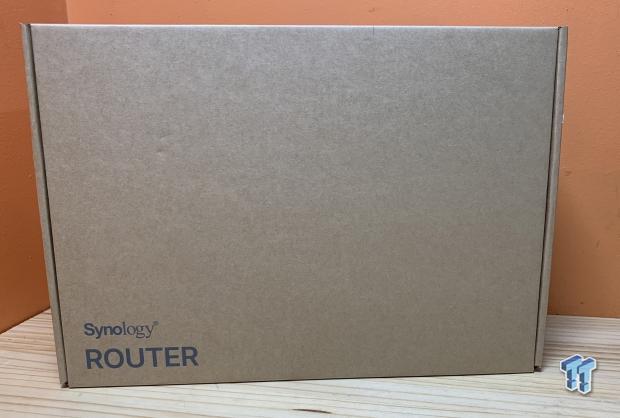 Packaging is light for the RT6600ax, with just a plain brown box with subtle branding, typical of enterprise products. 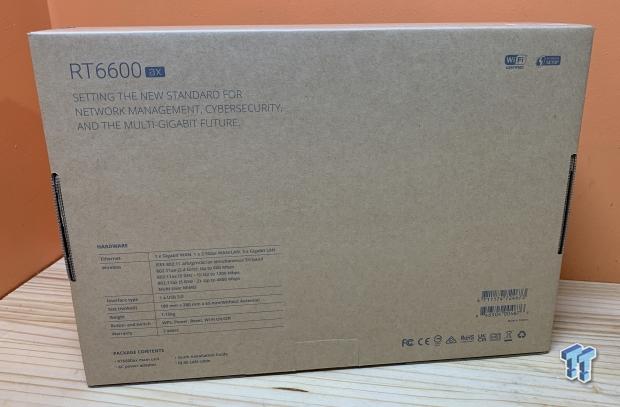 The back of the box includes branding and hardware specifications for the router. 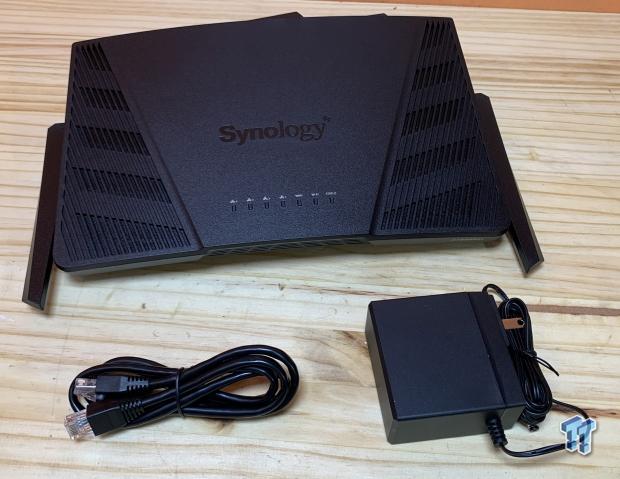 Included in the box is an ethernet cable and power adapter. 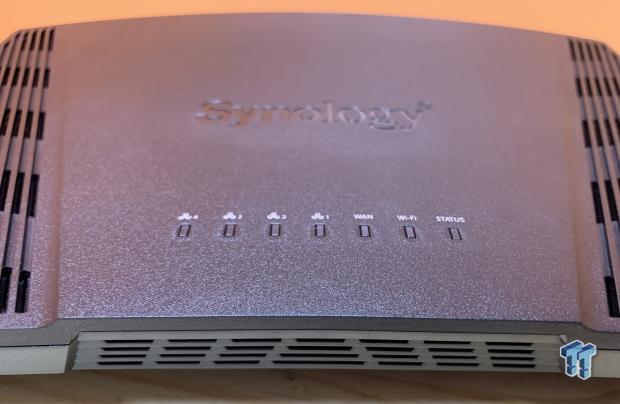 Up close, the RT6600 includes LEDs to denote power, LAN, and WAN activity, along with Wi-Fi and status. 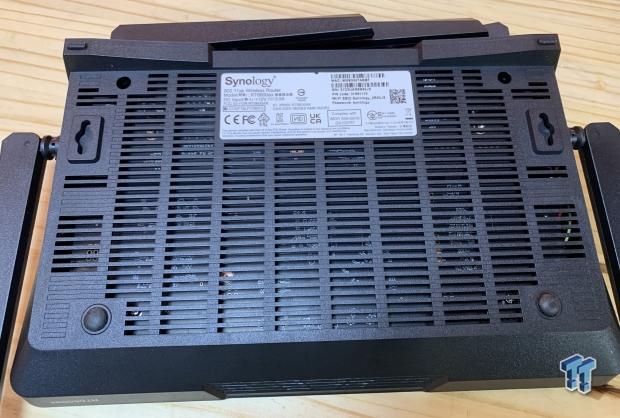 The bottom of the RT includes full ventilation and mounting holes.

The I/O for the router includes USB 3.2 to the left, followed by WAN in blue and four LAN, the first being a 2.5Gbps WAN/LAN combo. 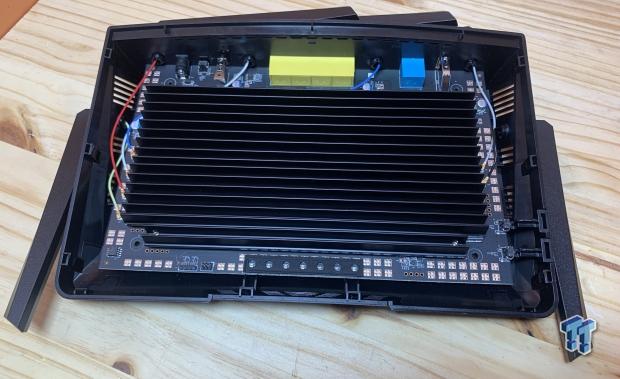 Internally, the RT6600ax includes a full board heat sink to cool the components. 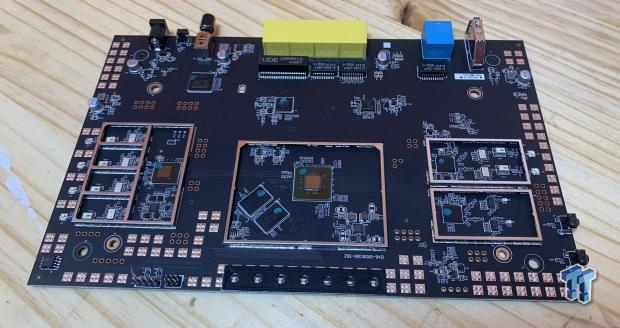 Removing the heat sink and shields, we have the main SoC in the center with DRAM and three additional ICs for the 2.4GHz and 5GHz bands. 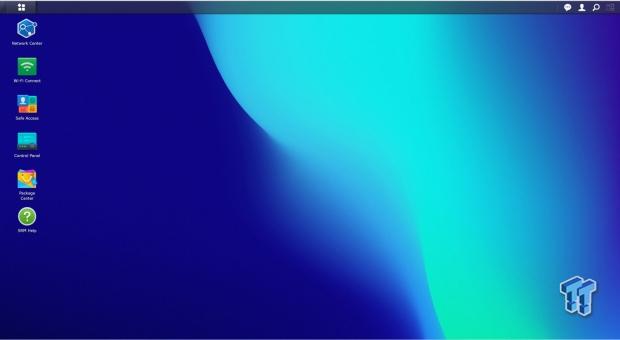 With the RT6600ax, we get a similar dashboard to what one would see with Synology's NAS platforms and identical for the most part to previous routers, including the RT1900ac and RT2600ac. 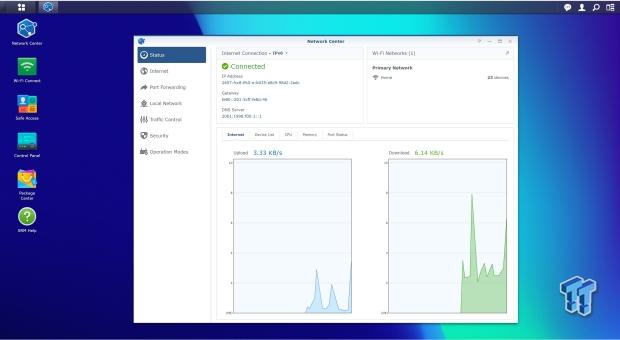 If we run through the dashboard items, we start with Network Center. This menu offers status at the top and options for configuring internet, port forwarding, local network options, and traffic control or QoS and Security. 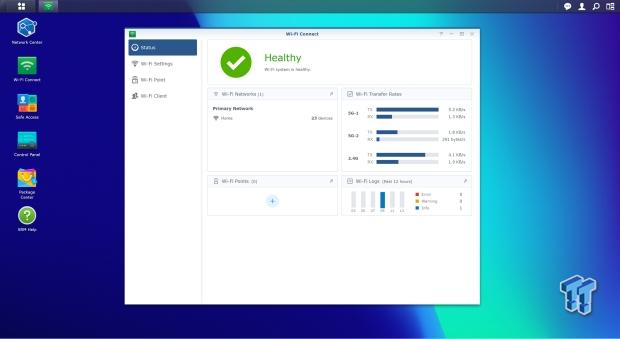 Wi-Fi Connect opens up Wi-Fi settings for you, including SSID and Wi-Fi point for adding additional nodes for a mesh network. 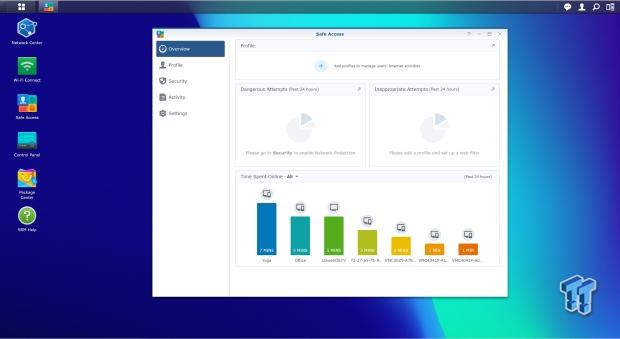 Safe Access allows you to create and manage profiles for users and devices. 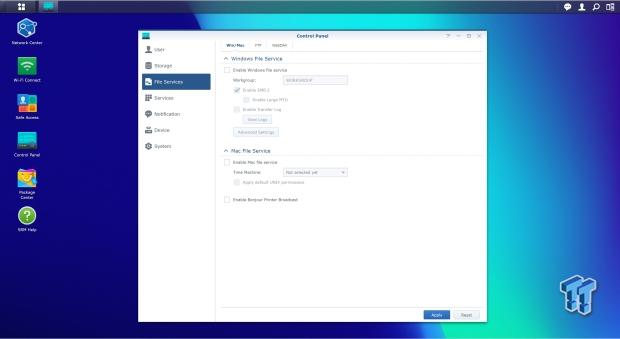 Control Panel goes deeper into the configuration of the router with storage settings for the USB 3.2 port and System Services. 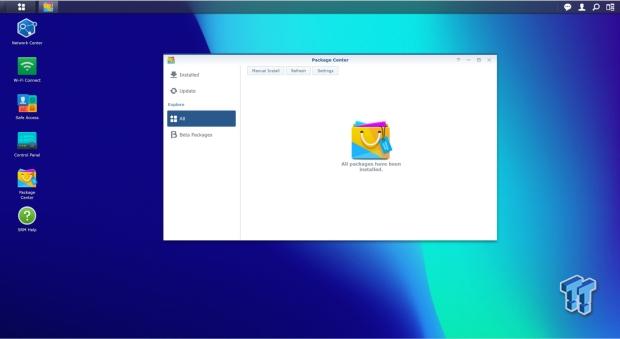 Package Center, at the time of writing, is empty with nothing available.

During testing of the router, we gained access to a beta of the new DS router application via test flight on iOS. This latest version interfaces with SRM version 1.3 and will be released to the public upon launch.

I used DS router for the initial setup of the RT6600AX. For those that already have their setup via WebGUI, you can choose to manage from here.

After running through setup, configuring the admin account, and setting up SSIDs for testing, we deployed a second unit as a mesh node. We then entered the DS router, and as you can see from the dashboard, we have 19 devices connected over two Wi-Fi points.

Going through Wi-Fi points, you can see how many devices are connected to each node and the current transfer rate of each.

The Wi-Fi menu allows you to configure additional SSIDs if needed. You can also manage existing networks, including the default guest network.

A little deeper into the DS router, you can choose to use or disable Smart Connect. Disabling will allow you to set independent SSIDS for each band.

Safe Access is also available on the DS router. From here, it is a bit more straightforward, with profile setup.

You can then choose to add parental controls for children or set it up for adults. Additionally, there is an option to make network-wide profiles.

Settings in the DS router app will allow for configuration with nearly the same amount of freedom as the Web GUI. 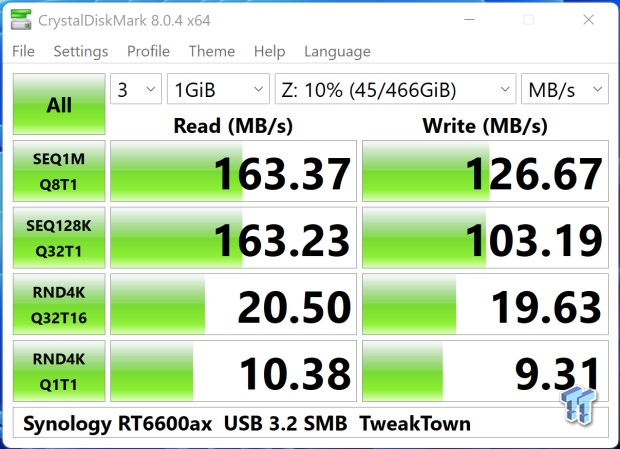 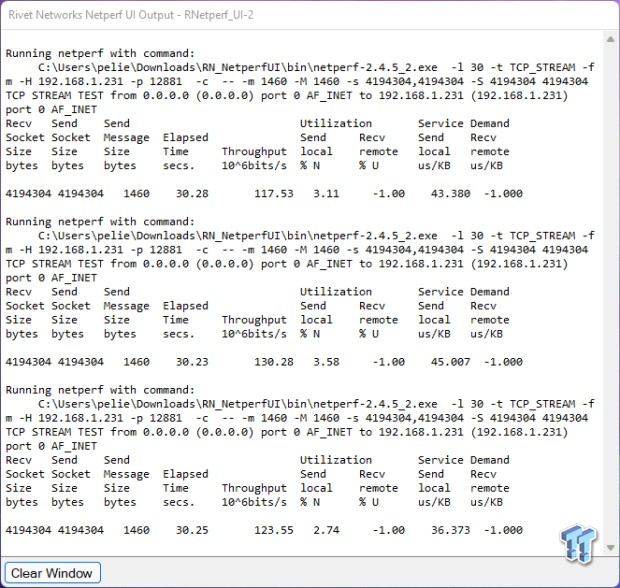 Above we have raw results from testing with netperf. Three runs for 2.4GHz band averaging out to 123Mbps. 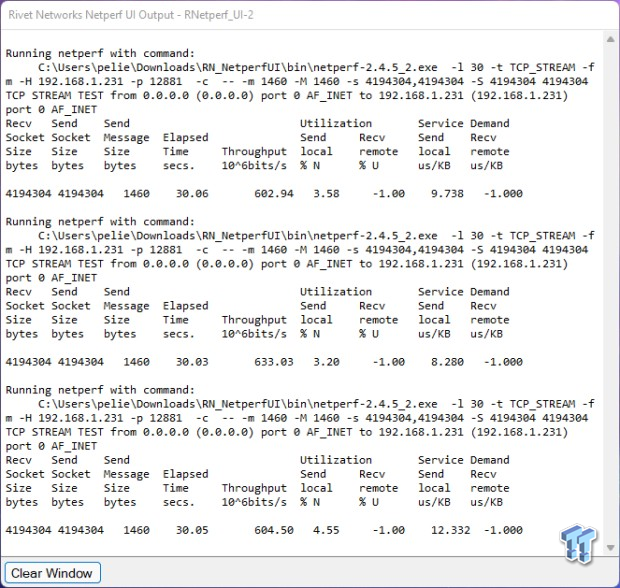 We ran the same testing on the 5GHz-1 band and came away with 615Mbps.

The RT6600ax arrived near the end of January, and since then, it and a second unit have been the backbone of my home network, configured in a mesh setup. The coverage of these units has been quite good. Left to right, it covers my entire town lot. And front to back, the Wi-Fi reaches a good 60-70ft to my Arlo cams at the rear of my property with no issues.

Performance won't blow anyone away by today's standards. The 2.4GHz band puts out the typical 120Mbps we have seen since WiFi5, and the 5GHz band outs a good 700Mbps real-world. That said, with current client hardware, we do not get to take advantage of the RT6600ax full capabilities on many of our devices. Additionally, the second 5GHz band lacks support for 160MHz channels, so some performance is lost. It lands somewhere around 500Mbps in my testing.

On a side note, the RT6600ax continues support for mesh networking and offers backward compatibility with the RT1900, 2600, and MR2600ac platforms. 2.5Gbe networking has been added and can be used for WAN or LAN, configurable in settings. In a mesh configuration, this platform supports wired backhaul, something I absolutely love for my home network, where appropriate cabling has already been run.

As I briefly mentioned above, the RT6600ax introduces some new capabilities with its hardware, most notably access to the 5.9GHz band. In theory, this opens up the possibilities for the 5GHz band to offer Gig+ performance, something that has typically been reserved for more expensive 6e routers. Many current-generation devices would need firmware updates to support the technology. We have no word from Intel whether its popular AX200, AX210, or Killer counterparts will get these updates.

All this behind us, the RT6600ax is a fantastic platform that carries on Synology's fantastic router lineup and finally delivers WiFi6 to its consumers wanting to make the switch. That said, I wish this were a 6e platform, even with the increased cost associated, as it's almost a missed opportunity with WiFi7 looming on the horizon.

Synology continues to deliver fantastic consumer/SMB network platforms with the RT6600ax being its latest masterpiece.