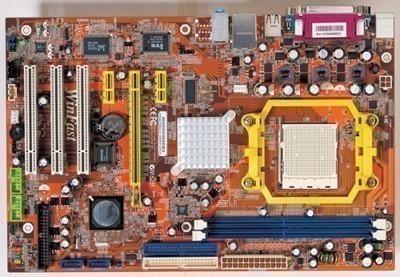 VIA has taken the biggest back seat in the hardware industry that we have ever seen. Once the biggest saviour to AMD, VIA barely gets a mention these days.

VIA's big claim to fame was when Slot A showed its face. AMD only had its 750 chipset to support it, and even this chipset wasn't what you would call a monster performer. It had bugs that prevented it working with GeForce 256 cards in AGP 2x mode. Its overall stability was extremely poor, not to mention AMD wasn't equipped to put out enough chipsets to satisfy demand from the motherboard manufacturers.

VIA came to the party with the first K7 supporting chipset, known as the KX133 - it brought the first 133MHz memory bus, AGP 2x support and a general overall stability to the K7 platform - both AMD and VIA benefited immensely from this with Intel having to sit this one out on the side lines.

When Socket A made its debut VIA simply reworked the KX133 chipset to work with the new socket and called it the KT133 in reference to the Thunderbird core CPU it was to support.

VIA's performance was far better than AMD's and even managed to kick SiS off the charts. It wasn't till nVidia decided to get into the AMD chipset market that VIA found itself in trouble. nVidia had better R&D, were willing to spend more money to invest and it seemed like an overall better strategy. This forced VIA to produce some chips that weren't up to scratch such as the KT333, KT400 and KT400A.

VIA did make a slight return with the KT600 and KT880 but too little too late as K8 now was the big thing coming, and nVidia already had its hands into this pot.

While VIA hasn't been able to take the performance crown from the chipset giant nVidia, it doesn't mean they have stopped their production of chipsets. It has been some time since anything VIA has hit out shores here at TweakTown and today we are going to give the first board we have here based on the K8T890 chipset a real going over.

Today we test Foxconn's K8T890M2AA-KRS2H and compare it against the nForce 570 chipset to see just what this chipset does have on offer. Is VIA back in business? We'll find out shortly!

Specifications of the Foxconn K8T890M2AA-KRS2H

What's inside the package? 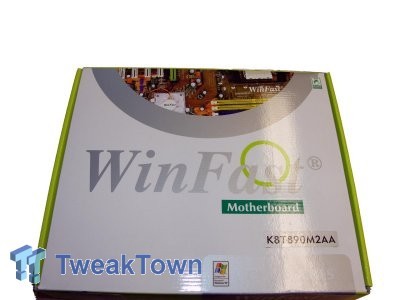 Foxconn uses a single box for its shipping purposes. This box is white with the company name on it. At the bottom a sticker is placed on the box with the model number of the board that is included. 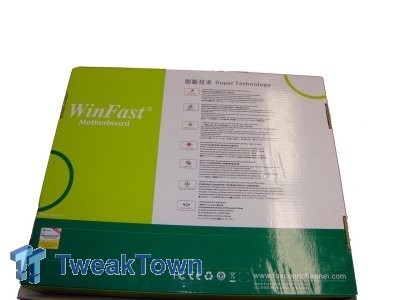 The back of the box doesn't contain much info at all; it just has some info on Foxconn in multi languages. 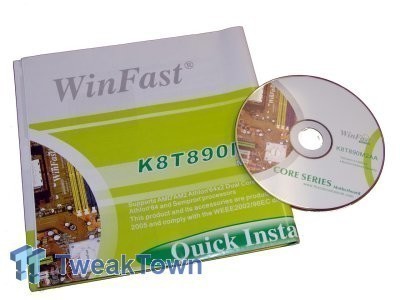 The board comes with very little in the way of documentations. A quick install pamphlet is all you get in order to setup the board - a detailed manual is on the CD. 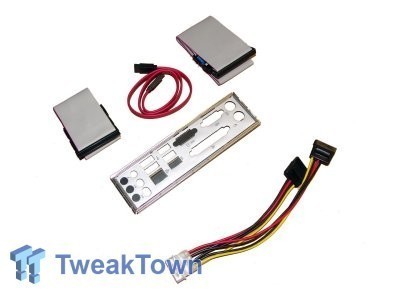 For the cable set you get a single IDE and FDD cable, 1 SATA data cable and a Molex to SATA power splitter. You also get the I/O shield for the back of the case. It's basically a very basic package but that should go a long way to help keep the price equally reasonable. 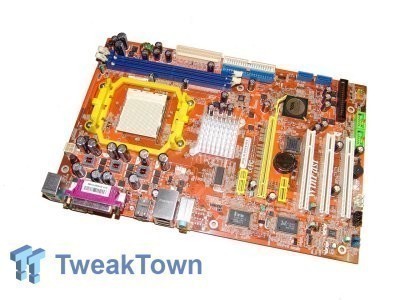 The board itself for a desktop board is extremely small. It uses only the original ATX layout; it will fit into even the tightest of ATX cases as it is only one spacer wide. In terms of layout things are done well. The 24-pin power connector along with the IDE ports is located behind the DIMM sockets. That's right; this board only comes with two DDR-2 memory slots. The 4-pin power connector is located at the top left of the board behind the PS/2 tower. 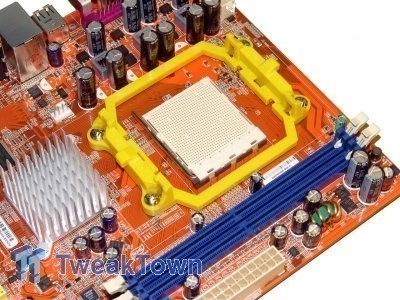 The CPU area is very neat and clean, installing large aftermarket heatsinks will be no problem here. The CPU is givens a 3 phase digital voltage regulation system to provide stable power. 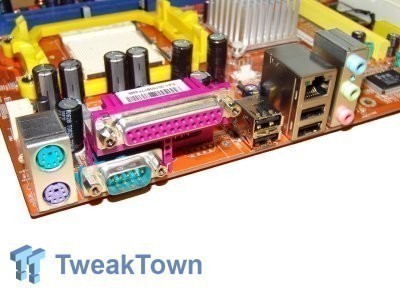 The rear I/O ports are pretty standard for this kind of board. You will note there is a missing port near the serial port. This PCB is also used for the K8M890 that has integrated graphics, so this is where the VGA port sits. 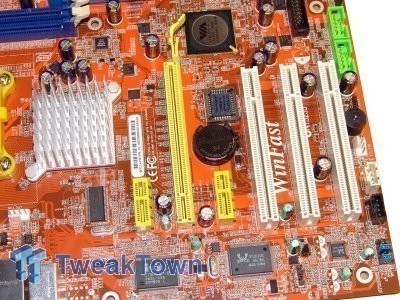 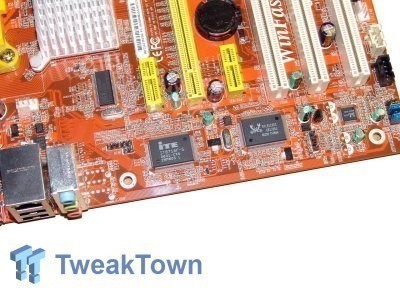 Lastly we come to the extended features that aren't supported directly by the chipset. Since VIA doesn't have an Integrated Gigabit MAC on its Southbridges like Intel, it relies on external controllers for this. A Realtek Gigabit PCI Express controller chip handles the LAN abilities of this board. 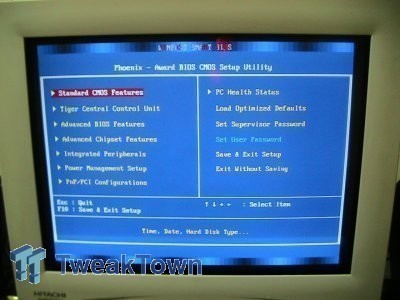 Now we come to the BIOS. The setup used is the Award v6.0 modular BIOS allowing vendors to customise their BIOS how they want it, especially for overclocking features. When you enter the BIOS, Foxconn has a scrolling colour banner at the top and bottom of the BIOS screen, its not visible really here but it's a nice touch. Foxconn places all overclocking and tweaking options under the Tiger Central Control Unit menu. 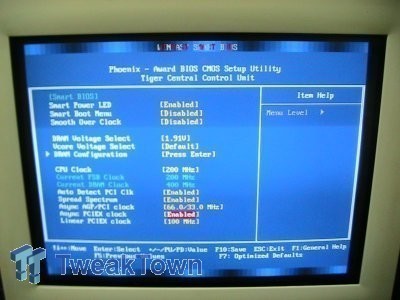 Once in the Tiger Central Control Unit menu you get faced with the overclocking options. There aren't as many as some boards out there but it will give you enough to overclock your board.

If you set your PCI Async control to disable you are able to control the frequency of the PCI E clock, allowing you to lock it to 100MHz. Under the Advanced chipset Features menu is where you can adjust your K8 multiplier and Cool 'N' Quiet control. 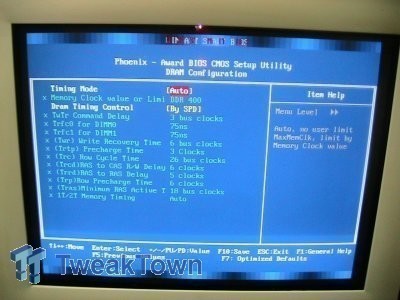 Lastly we have the DRAM setting menu, pretty standard here.

With all these settings we only managed to hit 274MHz FSB with the DRAM at 2.21v, CPU at default voltage and PCI Express locked at 100MHz - overall, not a very impressive overclock.


We pitted the Foxconn K8T890 against the MSI K9N SLI Platinum (based on the nVidia nForce 570 SLI chipset) using stock speeds as well as overclocked.

Is VIA back in business when it comes to performance or is it back to the drawing board?

VIA's K8T890 manages to keep up just in stock speeds but due to its limited bus overclocking, the board simply can't handle the pressure nForce is able to exert.

VIA's storage system performance falls below what we would consider good for today's motherboards, even ATI has shown better results than this. The aging VT8237R Southbridge is starting to show its age here and is not very good at all.

Here we can see that the VIA based chipset isn't as good with media encoding as the nForce is.

In our first synthetic game we see that despite the short comings in the system tests, the VIA based Foxconn board is able to hold its ground under stock but at OC speeds it's simply not able to keep up.

F.E.A.R. when overclocked does show a light lead to the nForce chipset but being more graphics based, we do see there is little difference.

Far Cry scales well with the CPU and memory and when overclocked we see the VIA falls behind.

Foxconn really did not choose the best chipset, if they were looking for a fast performing motherboard. VIA has fallen by the wayside ever since nVidia's nForce 2 chipset made its presence felt and they really haven't recovered since.

The one saving grace this product is its price. It is very cheap compared to that of the nVidia nForce 5 series chipset, making it the choice for budget users who are thinking Sempron on AM2 and want a simple and cheap system. As this is the case, for this market segment, Foxconn will probably sell a lot of these boards. This might be the direction VIA is headed for their chipset business from now on but we do hope they come out with new chipsets which overclock and offer good performance.

Overclocking performance on this board was not impressive and with K8 you can get plenty more out of the CPU. It was simply the VIA chipset holding this thing back - so no points gained here. And the use of the older SATA gen 1 supporting Southbridge also is a disappointment.

Overall we would only recommend the Foxconn K8T890M2AA-KRS2H motherboard if you are looking to build a cheap, no thrills computer - in this area, it is actually quite good! On the other hand, if you're looking for gaming motherboard or overclocking or performance, simply turn away and pick a different motherboard, which costs more money!


- Pros
Very cheap!
Stable platform
Does overclock but not much
Good and simple layout