As fate would have it, we just so happen to be ready to debut our PS5 read speed chart, and the updated Rocket 4 Plus 1TB review is the perfect time for it, just as the updated 500GB Rocket 4 Plus was the perfect SSD to debut our Alder Lake SSD test system. Nice timing once again, Sabrent. As we've shown many times, Micron B47R flash brings with it record level throughput as verified by the following benchmark run on our AMD 5900X system: 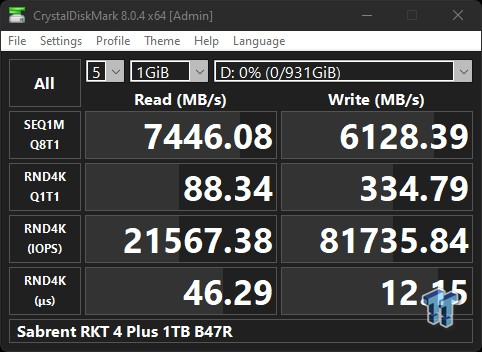 7,463 MB/s throughput is about the max that can be done over PCIe Gen4 X4. This is what Micron 176L B47R brings to the table, along with 25% better random read performance, which is why we are so excited over Sabrent updating its wildly popular Rocket 4 Plus series with this superior flash. This flash is a big upgrade in performance, but it is also a nice upgrade in endurance. The 1TB model we have on the bench goes from a Total Bytes Written (TBW) rating of 700 terabytes with 96L flash to a whopping 1,275 terabytes with 176L flash. Outstanding. 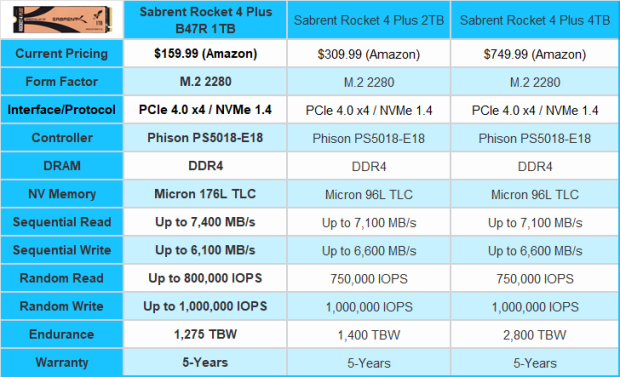 Please note these performance specs are based on our results while benching the 1TB Rocket 4 Plus and are not official Sabrent performance numbers. 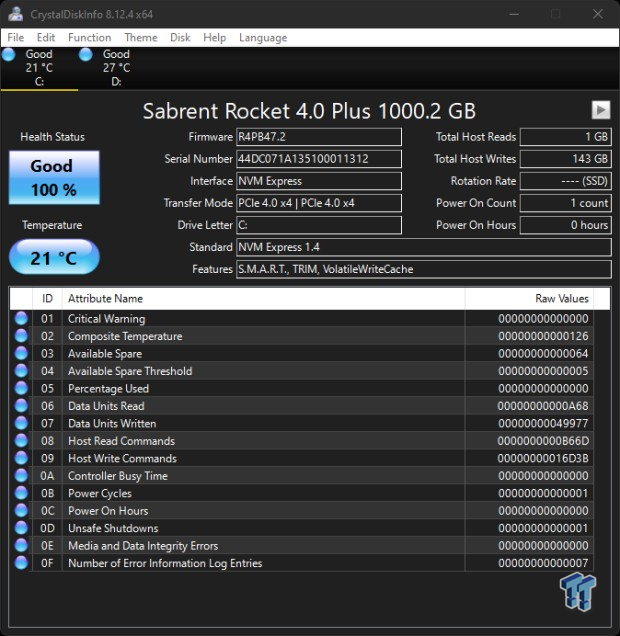 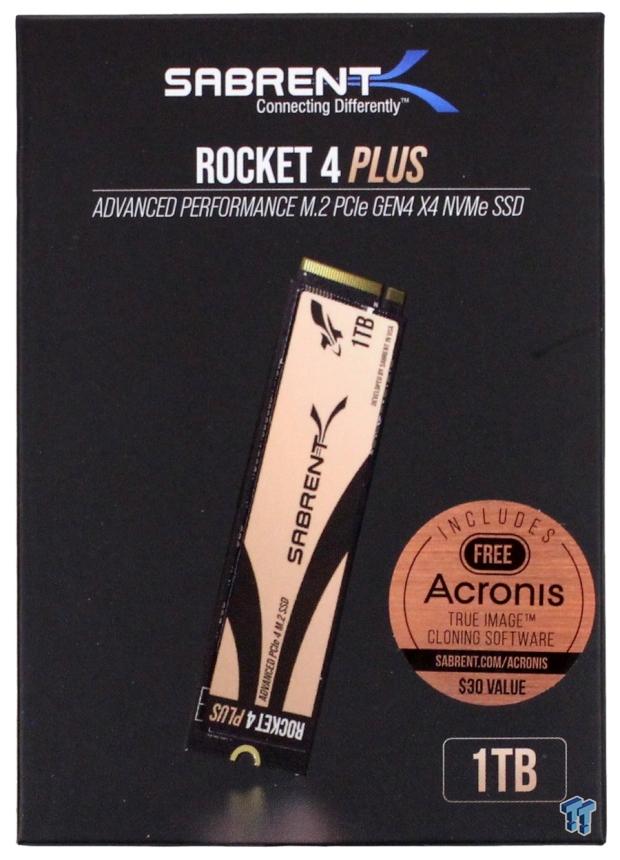 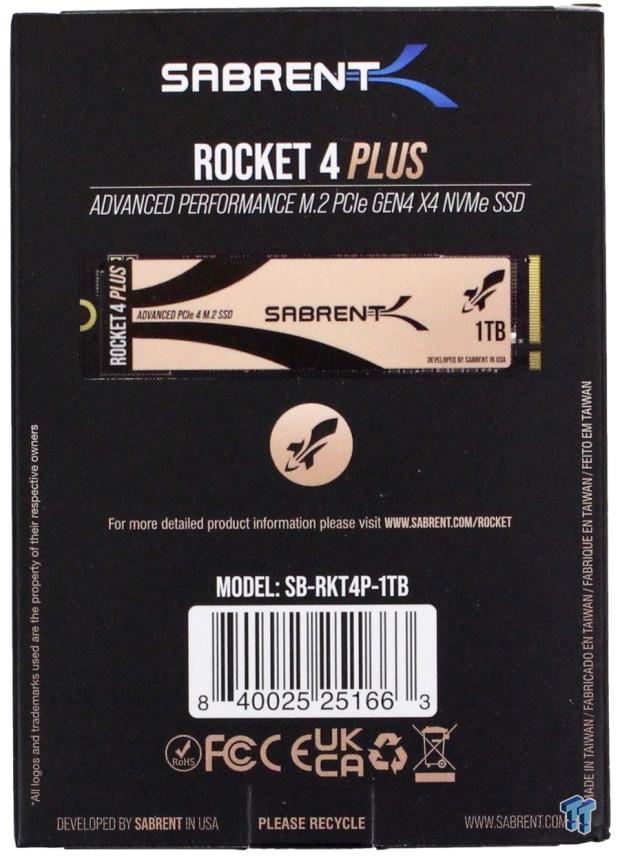 The Rocket 4 Plus looks the same as it always has. Even with the new flash, the naming convention remains unchanged. This is one time when we are very happy the original BOM has changed because it's for the better. Excellent. Single-sided design, got to love that because it runs cooler and is easier to cool.

With Sony's wildly popular PlayStation 5 console now enabled for M.2 NVMe SSDs to be used as fast storage expansion, we are including results for PS5 compatible SSDs we test as a part of our reviews going forward. We are using the newest PS5 hardware and software versions. 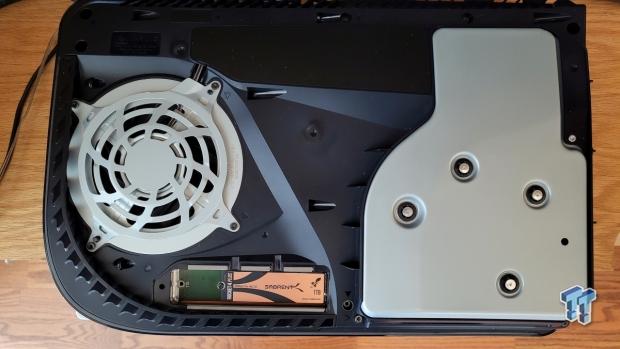 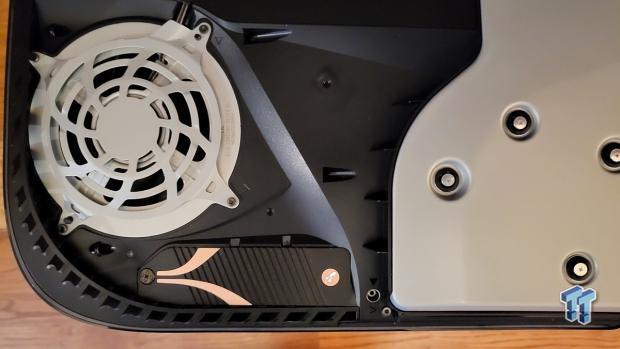 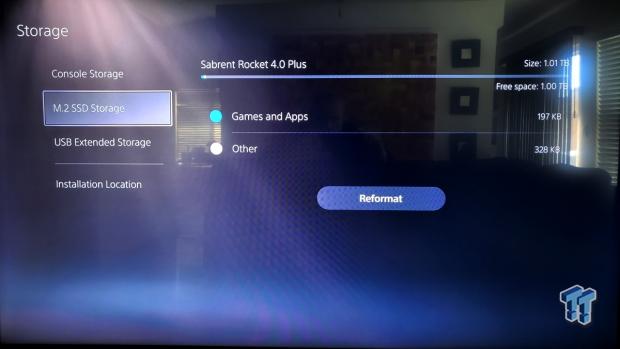 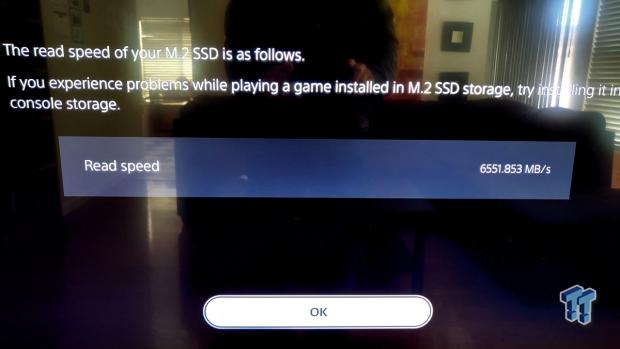 Certain SSDs have suffered a read speed hit with the latest PS5 software update, but the Sabrent Rocket 4 Plus with B47R flash 1TB isn't one of them. Its PS5 read speed is right in there, with the fastest recorded for any SSD as measured by the PS5 at any time. Outstanding. Notice how Sony doesn't care about write performance. We couldn't agree more because 99% of consumer storage is read frequently, write infrequently. 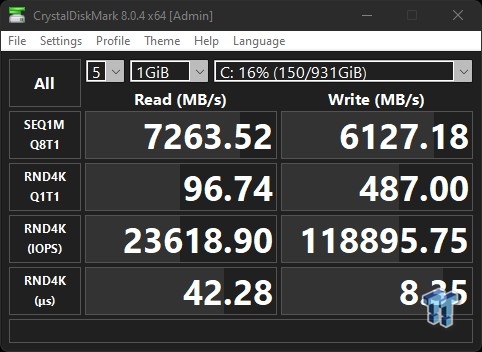 Very high marks with CDM, as we would expect to see from an SSD arrayed with Micron 176L B47R Fortis grade flash. Those read speeds, both random at QD1 and sequential at 7,264 MB/s, are about as good as it gets for a flash-based SSD. That is performance that matters, especially the QD1 random read, and exactly where E18 powered SSDs with 96L flash were somewhat lacking. Powerful. 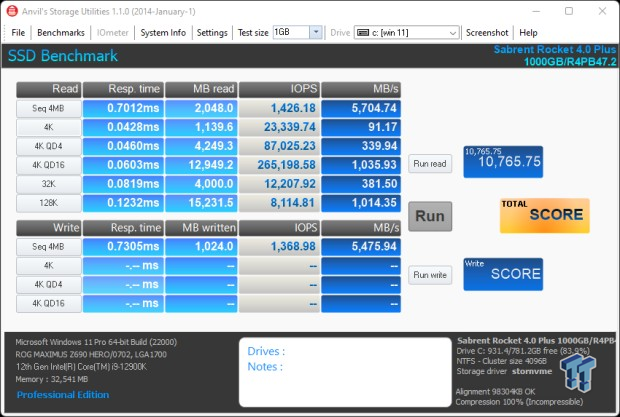 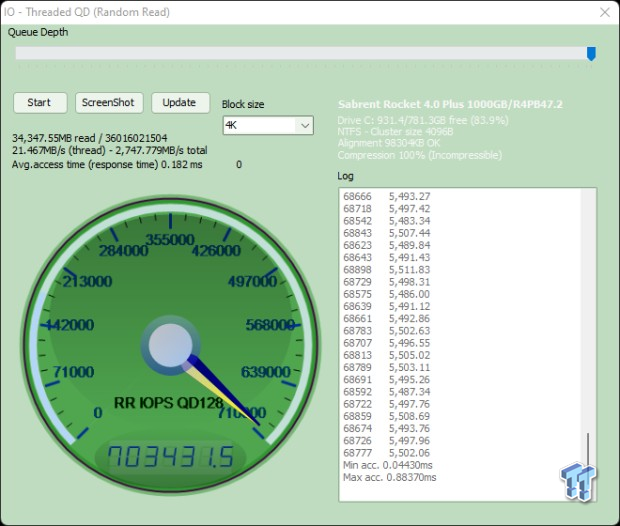 More top of the food chain read performance. This is what we want to see, performance that matters. 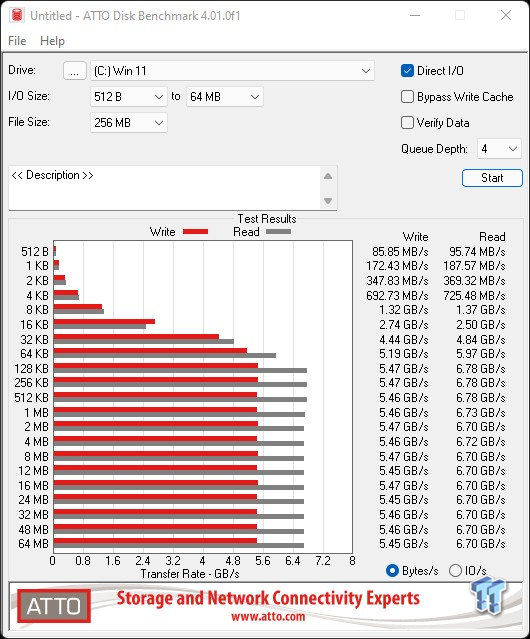 Our focus, as always, is on read performance. Read performance at 128K transfers is what we are most interested in. As expected, the Rocket 4 Plus goes right to the top of our chart, where only E18 based SSDs can tread. Excellent. 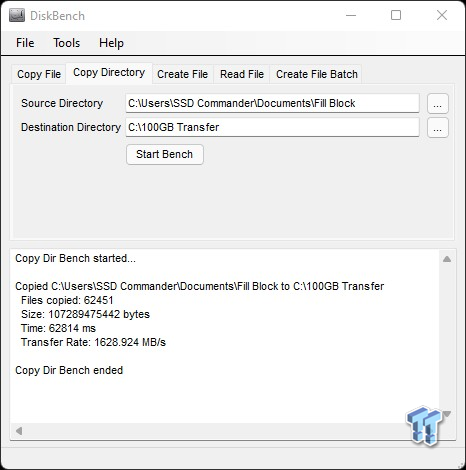 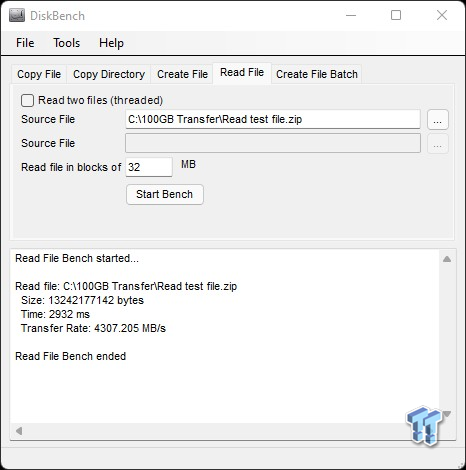 Even better and where it matters more. This time Sabrent's Rocket 4 Plus with B47R delivers the second-best read transfer rate we've recorded for a 1TB flash-based SSD. Wow. 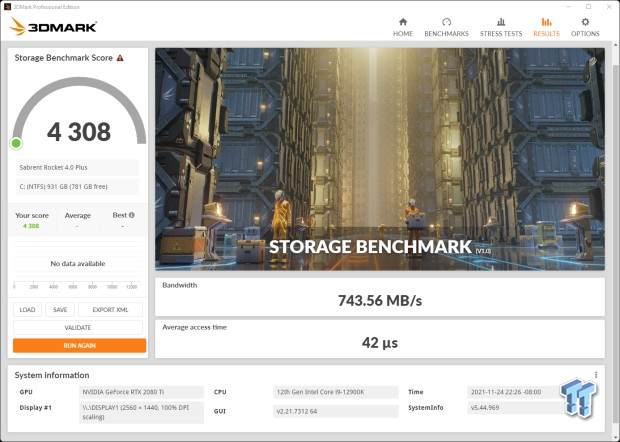 Gaming is a performance metric that matters to the majority of DIY consumers, especially to the enthusiast crowd that TweakTown caters to. As a gaming SSD, Sabrent's updated Rocket 4 Plus is hard to beat, as it is among the best we've ever tested. Whether it be PS5 or PC, this drive is a gamers delight. 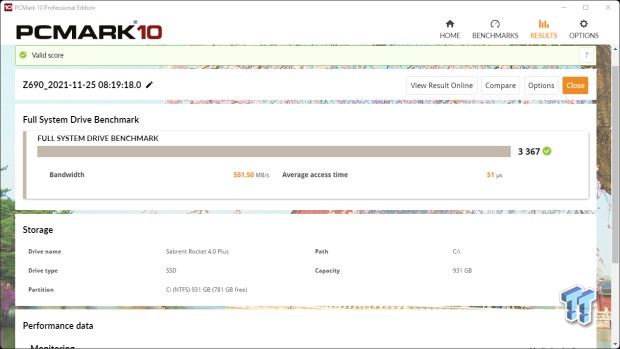 We are looking for a minimum 500MB/s storage bandwidth along with 3000 points here. Huge upgrade here over 96L flash. If you look down the chart at, say, the 1TB AORUS 7000s, this is where 1TB E18 based SSDs arrayed with 96L flash land. Performance that matters. 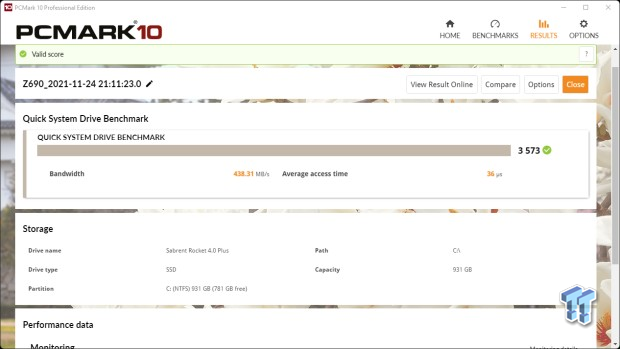 Although not a head-turning score here, it is light years ahead of E18 based SSDs arrayed with 96L flash. Again, an excellent example of the performance gain incurred with 176L flash would be the AORUS 7000s 1TB.

As we see it, all is right in the SSD universe now that what is arguably the most popular brand of enthusiast SSDs, is updating its E18 based SSDs with Micron B47R Fortis grade flash. As our test results demonstrate, the updated flash array makes all the difference in the world, and where it matters most, massively improved random read performance. The huge bump in endurance is just the cherry on top.

Having already seen the 500GB Rocket 4 Plus with B47R achieve TweakTown Elite status, we knew the even better performing 1TB model would become Sabrent's second SSD ever to achieve this level of performance. Performance that matters. 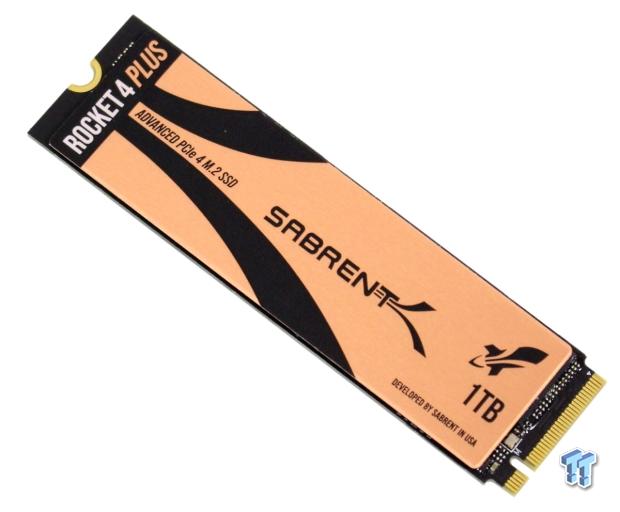 As we see it, updating its hugely successful Rocket 4 Plus series with B47R flash has put Sabrent right back at the top of the list for a must-have hyper-class Gen 4 SSD. This drive wowed us with exceptional read performance that translates directly to superior user experience.