Last weekend, ESL delivered the biggest and most-watched Counter-Strike: Global Offensive event to date. The world's largest esports company's first stand-alone event for this title attracted over 11,000 visitors per day to Germany's largest indoor arena on each of the event days. Millions more tuned in online, with over 27 million unique viewers watching the tournament on Twitch for close to 34 million hours in total, as crowds cheered on their favourites in Cologne's LANXESS arena. At its peak the competition was watched online by over 1.3 million concurrent viewers - an increase of more than 30% from the last ESL One event for Counter-Strike just five months ago, and a new record for both ESL and the game. 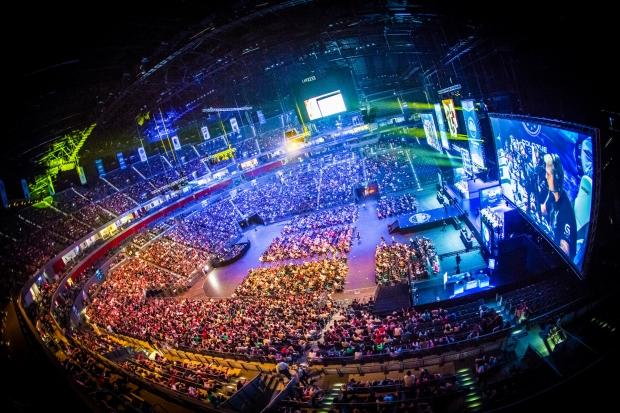 Swedish team Fnatic defeated French team EnVyUS in the final, taking home the lion's share of the US$250,000 prize pool that was up for grabs at ESL One Cologne. Having already won two Major Counter-Strike: Global Offensive titles - a world record in of itself - with ESL One Cologne, the team truly cemented themselves as the world's best Counter-Strike team.

ESL One Cologne followed in the footsteps of ESL One Frankfurt in that it transformed a mere esports event into an esports festival. Visitors on-site were able to take part in many festival-like experiences including Bullriding, testing their reflexes on a T-Wall, and getting an airbrush tatoo, brought to them by ESL's sponsors/partners.

Following up on the earlier announcement of ESL's partnership with WADA and NADA to create and implement the anti-doping policy, NADA has prepared a prevention program which was presented to players and visitors during the event. ESL conducted randomized anti-doping testing among players in the competition, which returned negative results for all tested players. ESL will continue to implement the newly established policy for all events in the ESL One series.

The next Dota 2 ESL One event takes place at New York Super Week come October 3rd-4th in Madison Square Garden Theater. For more information regarding all ESL One activities, please visit the official ESL One website.