"Intel is pleased to be a sponsor of this year's G.SKILL OC World Cup & 4th Annual OC World Record Stage at Computex 2015," says Gregory Bryant, Corporate Vice President and General Manager, Intel Corporation. "Intel processors and chipsets enable mind-blowing experiences and we are glad to be a part of this exciting event."

Over the course of five days, G.SKILL will join forces with five major performance motherboard brands, including ASRock, ASUS, EVGA, GIGABYTE, and MSI, and will be represented by 14 professional overclockers to break benchmark world records on a live stage using the latest X99 motherboards with Intel Core i7-5960X processor and G.SKILL memory. 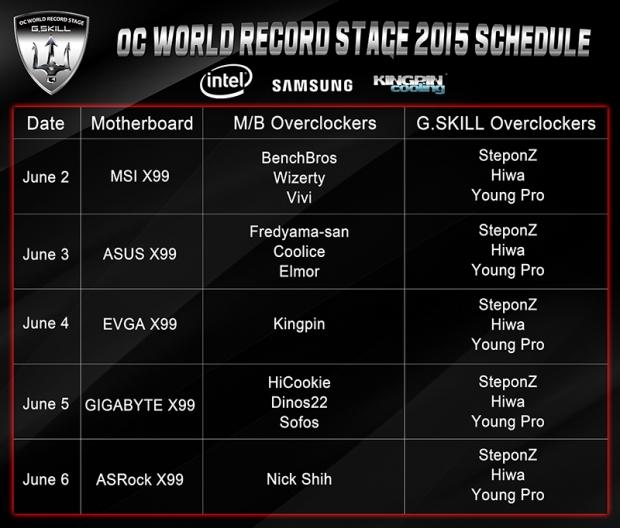 The 6 winners from the OC World Cup online qualifiers, which include Dancop, dRweEz, Hazzan, Vivi, Lam@Capital and Xtreme Addict, will take the live stage and battle for their share of the $16,200 cash prize pool at the G.SKILL booth during Computex. This highly anticipated battle begins with a three-day Live Qualifier, and the top two highest scoring overclockers across four benchmarks will advance to the Grand Finals on June 5th. The ultimate Grand Finals Champion will then walk away victoriously with $10,000 cash prize! 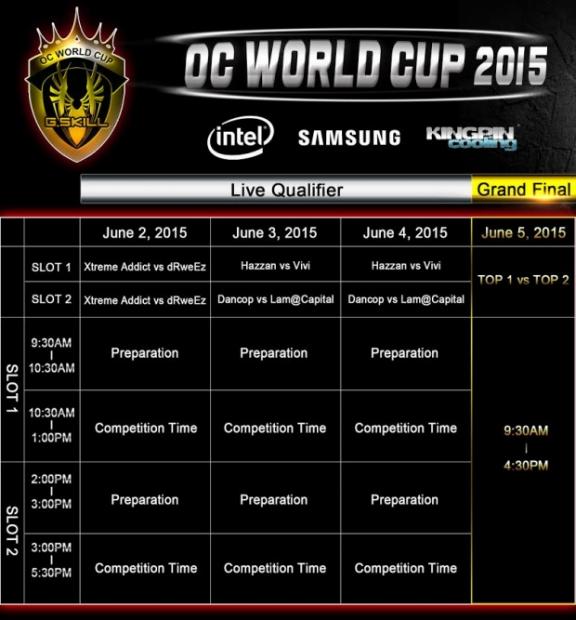 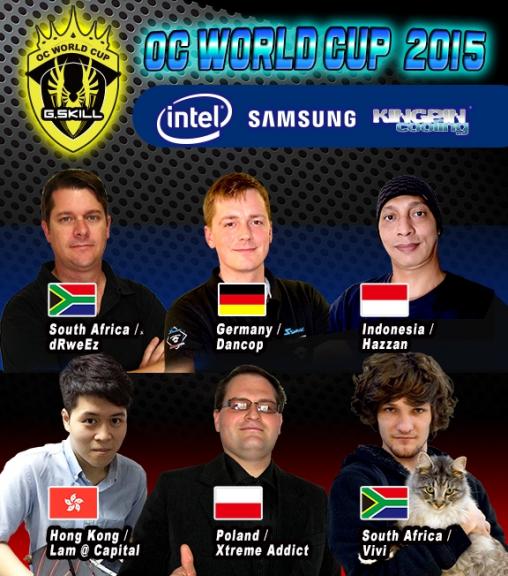