COUGAR, leading brand in the gaming hardware market, is proud to announce today that the new COUGAR QBX Mini-ITX Gaming case is one of the award winners of COMPUTEX d&i awards 2015, organized by iF. The award has been granted in recognition of QBX's innovative design. 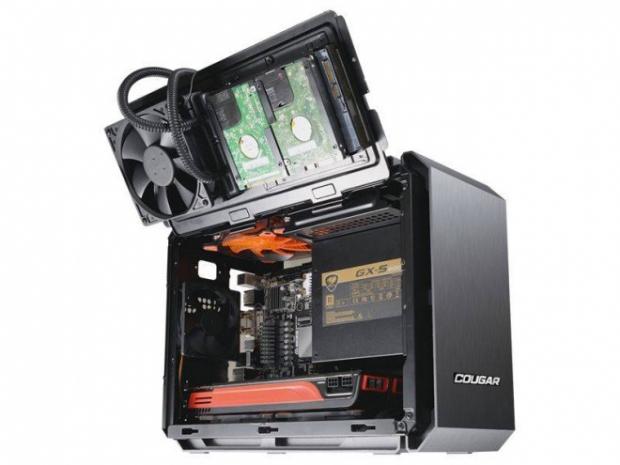 Obtaining this recognition is another confirmation of QBX's extraordinary value and revolutionary nature. Its support for high-end video cards (up to 350mm long) and impressive amounts of memory (including several SSDs to maximize loading speed) as well as its superb cooling potential make QBX the ultimate gaming case. The idea of a powerful compact case with a competitive price has already generated huge amounts of expectation. This is because QBX directly eliminates the last advantage gaming consoles used to have over gaming PC: their compactness and stylish looks.

QBX is as elegant as any new generation console, it is compact enough to be placed in the living room, and can house a gaming PC much more powerful than any console on the market. QBX's elegance does not come only from its small size and looks, but also for its compatibility with slot loading ODD and its extremely efficient cable management. This means low space consumption, clean environment and freedom for placing it anywhere the user wants.

Regarding its graphics potential, with the right components installed QBX simply leaves the most powerful consoles on the market far behind. Its compatibility with high-end video cards gives gamers the possibility of enjoying real 4K games without sacrificing, as often happens in consoles, frame rate or other key specs. Besides that, being a PC case, its components can still be updated in the future if the need arises. Finally, QBX's cooling potential keeps it safe from overheating, allowing gamers to play at ease using the most powerful components.

The prestigious award obtained by QBX and the expectation of the public makes it one of the most expected gaming-related products of this year, and justifiably so: it comes to settle once and for all the debate about which is the best gaming platform.

This revolutionary gaming case will be available starting May 2015.