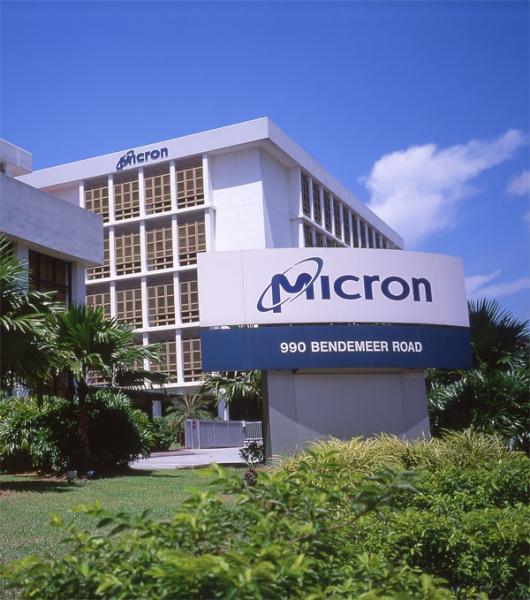 Previously announced by the company in December, the approximate 255,000 square foot expansion will facilitate efficient implementation of 3D NAND production at the Singapore facility and give Micron the flexibility to gradually add incremental capacity in response to market requirements. In addition, the space will enable production of storage class and other memory technologies.

"Micron enjoys a strong relationship with Singapore where we employ more than 7,000 team members operating at four major facilities," said Micron President Mark Adams. "We're excited to expand our manufacturing footprint in Singapore, and we commend the government and Economic Development Board for fostering such a productive business environment."

"We are glad that Micron has chosen to expand its NAND flash memory fabrication facility in Singapore. This is a testament to the local team's engineering and manufacturing capabilities, and Singapore's competitiveness for advanced manufacturing," said Terence Gan, Director for Electronics, Economic Development Board. "This investment will help to strengthen our semiconductor and data storage industries and position Singapore to capture the growth opportunities in these industries."

With expansion construction under way, Micron expects initial manufacturing output to occur in fiscal 2017. The company currently anticipates spending approximately $50 million in fiscal 2015 for initial design and construction. At completion and subject to market conditions, Micron currently expects the total cost for this expansion to be approximately $4 billion incurred over a number of years starting in fiscal 2016. The company's capital expenditure guidance for fiscal 2015 remains unchanged at $3.6 billion to $4 billion.