SYBER, a new division of CyberPowerPC, is announcing three new Vapor Models at CES in Las Vegas, as part of Syber's open platform PC gaming console line, along with a new limited edition color model. "For gamers who want to break out of the bedroom and into the comfort of the living room, the Syber Vapor PC gaming console series offers the best performance at an affordable price," said Eric Cheung, CEO, CyberPowerPC. 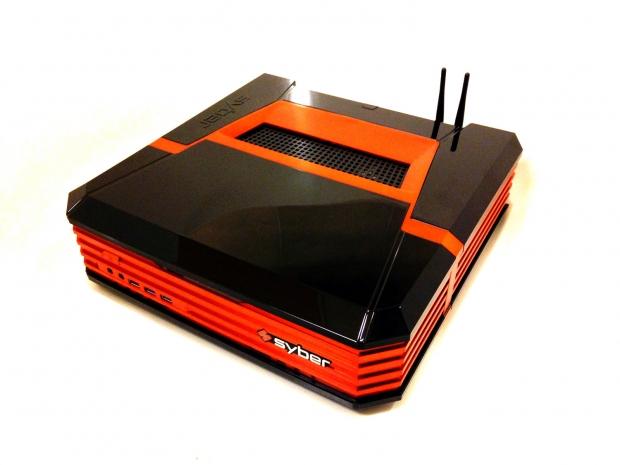 Steam machines will run on SteamOS, an operating system based on Ubuntu Linux and produced by Valve. Steam machines will exist primarily to play Linux games that can be downloaded through SteamOS. What makes the Syber Vapor PC gaming console unique, however, is that it is coming out before the SteamOS is finished. The Vapor connects via HDMI to your HDTV, has 4K capabilities and uses Windows 8.1 that will launch gamers directly into Steam's Big Picture mode.

Three new Syber Vapor models are immediately available. "Based on the initial feedback from users and our partners, we wanted to create these new models to satisfy their needs whether it's a more affordable option or higher performance," said Tony Crisp, Co-Founder, Syber. 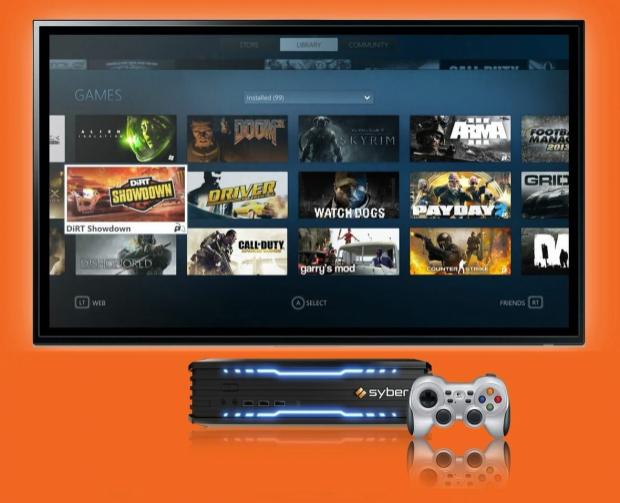 With the addition of the new Syber Vapor models, the new starting price point is $549 - with the Syber Vapor E, powered by a quad-core AMD X4-740 and GeForce GTX 750 graphics.

Syber also has plans on its 2015 roadmaps to launch the following new Vapor models. The Vapor Slim, a low energy, compact form factor console available in both Intel and AMD versions; and the Vapor Stream, a mini form factor console for Steam's In-Home Streaming that is based on "Bay Trail" architecture.

Models and base specs include: 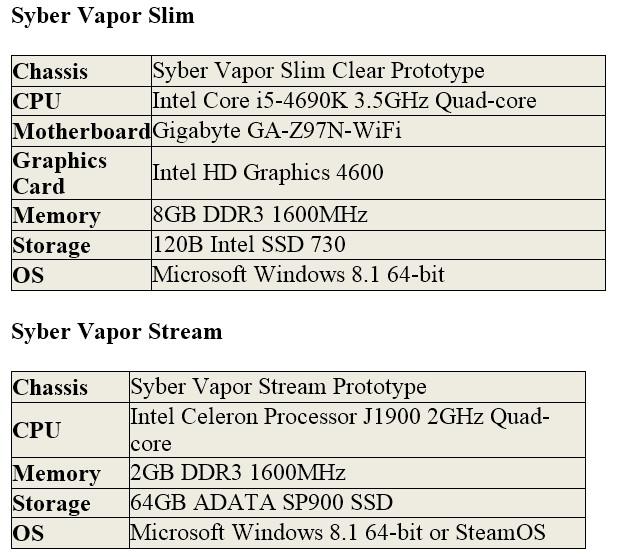