For the first time since the launch of the Skylanders® franchise, two entirely new elements - Light and Dark - will be unleashed in the world of Skylands, announced Activision Publishing, Inc., a wholly owned subsidiary of Activision Blizzard, Inc. 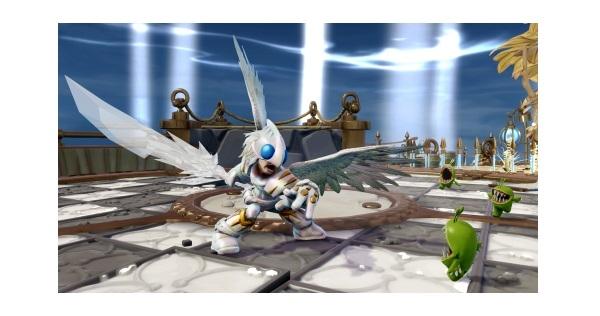 Portal Masters will have the opportunity to explore new levels within the Skylanders Trap Team universe, where they will find never-before-seen villains to capture and environments to explore. Amongst these villains are Luminous and Nightshade, who belong to the Doom Raiders - the elite members of Kaos' army of Skylands' most notorious bad guys.

"It's amazing to see how deeply engrossed and fascinated our fans have been with the lore of the Skylanders franchise," said John Coyne, vice president of Consumer Marketing at Activision Publishing, Inc. "By unveiling new Light and Dark elements and heroes to the Skylanders universe, our fans around the world will have new ways of exploring all the magic, excitement and fun of Skylands."

The introduction of Light and Dark elements reveals additional backstory of the Skylanders universe for fans to explore. Long ago, Knight Light and Knight Mare were both protectors of Skylands until being sealed off in other realms. Now that they have joined the Trap Masters, Knight Light wields his Traptanium Blade and Knight Mare unleashes her deadly Traptanium Lance to bring down evil everywhere!

Skylanders Trap Team is playable with more than 175 unique toys from all previous games - Skylanders® SWAP Force, Skylanders® Giants and Skylanders® Spyro's Adventure. Every character is able to defeat and trap villains using Traptanium Traps, providing fans more ways to enjoy their collections. The game is available on the following platforms: Nintendo's Wii system and Nintendo's Wii U system; Xbox One and Xbox 360 games and entertainment systems from Microsoft; and PlayStation® 3 and PlayStation® 4 computer entertainment systems from Sony. A different adventure is also available on the Nintendo 3DS hand-held system. Additionally, the complete Skylanders Trap Team experience is available on Kindle Fire and Android tablets, as well as a variety of iPads®, including iPad® (3rd Generation), iPad® (4th Generation), iPad Air, iPad Air 2, iPad mini, iPad mini 2 and iPad mini 3.