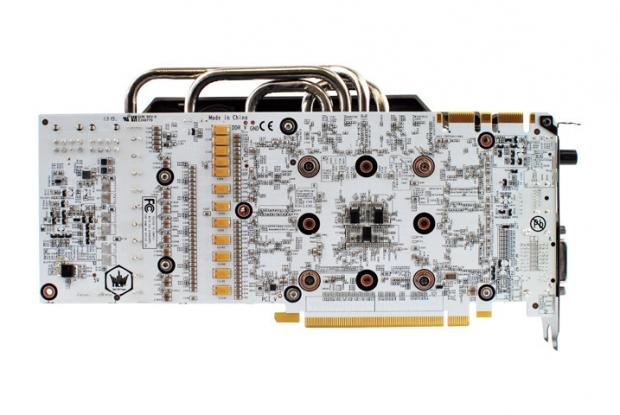 The HOF edition's signature white PCB gives the card a sleek design completely unlike any other card on the market. Almost every aspect of the GTX 780 PCB has been completely redesigned with a new layout and ultra-premium components. Most notable of these are the CHiL CHL8318 top-of-the-line VR11.1 compliant digital PWM and IR3550 PowIRstage DrMOS 4.0 compliant chipset, which together create a powerful 8 + 2 phase circuit with 90% efficiency capable of delivering an awe inspiring 480 amps of current to the GPU. Other additions include high quality POSCAP capacitors with 2X longer lifespan and high current Coiltronics inductors. The PCB itself is a custom white substrate with 10 layers for optimum signal routing. 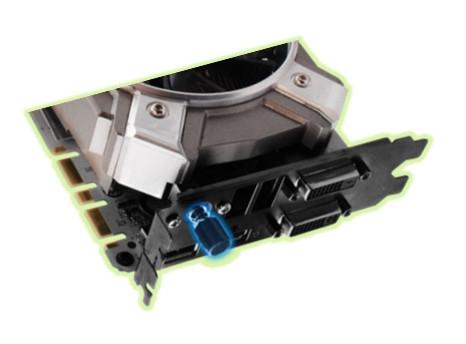 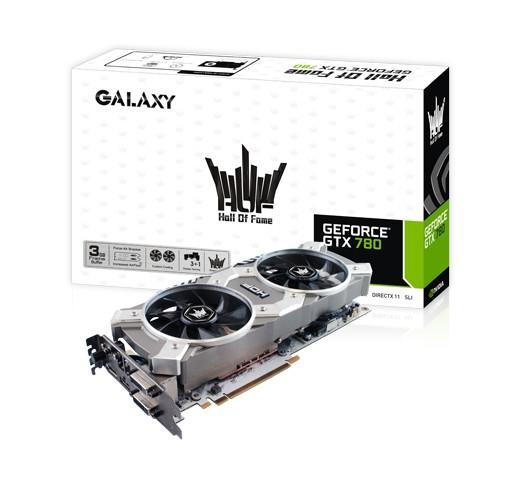 A card with such monstrous power needs an equally impressive cooling solution, and Galaxy has delivered the greatest cooling solution they have designed to date.. The Galaxy HOF edition is the first GTX 780 to use Hybrid Vapor Chamber Heat Pipe (HVCP) cooling, a new technology with heat transfer efficiency roughly 30X higher than copper. Twin 90mm fans with special grooved blades reduce noise while increasing cooling efficiency. The housing is a combination of fire-resistant polycarbonate, anodized metal, and die-cast aluminum alloy.