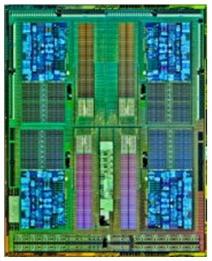 Socket, thermal and chipset consistency with previous generation AMD Opteron 4200 and 3200 Series processors allows OEMs to easily carry forward existing server designs and enables end customers to deploy new server hardware within their existing power and cooling infrastructure. Servers based on the new processors are now available from Supermicro as well as the AMD SeaMicro SM15000 platform. Additional server offerings will soon be available from Dell and others.

"AMD Opteron processor solutions have provided excellent investment return for our customers," said Brian Payne, executive director of Server Solutions, Dell. "The new 4300 and 3300 Series processors in the AMD-based Dell PowerEdge servers maintain this history and are ideal for web service providers who strive to maximize revenue from their server infrastructure and also for small- and medium-businesses who carefully invest to enable growth."

For more information, refer to the data sheets of Opteron 4300 series and Opteron 3300 series.