New research out today reveals the importance of music to our love lives. The study - carried out by music psychologist Dr Daniel Mllensiefen from Goldsmiths, University of London - was commissioned by Spotify to examine the relationship between music, romance and seduction. 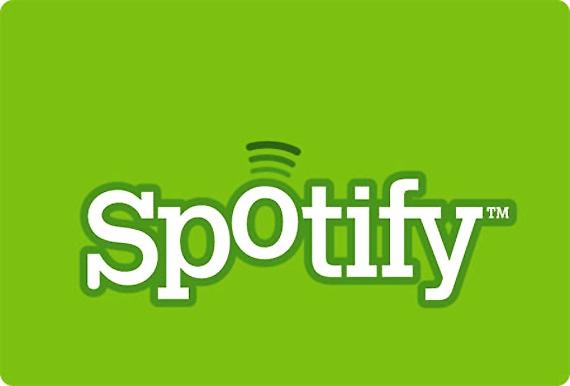 The research revealed that what's on your seduction playlist is more important than what's underneath your clothes when it comes to success in the bedroom. Over 40% of people felt that the music listened to during sex was more likely to turn them on than the touch or feel of their partner.

Dr Mllensiefen commented: "It is no surprise that so many respondents claimed to find music arousing in the bedroom. From neuro-scientific research we know that music can activate the same pleasure centres of the brain that also respond to much less abstract rewards such as food, drugs or indeed sex."

The survey also revealed that the most arousing music to play during sex is anything from the classic 80s film Dirty Dancing. The iconic soundtrack - which features popular hits from the 1950s, and one sung by Patrick Swayze himself, the film's leading man - was voted number one to play in the bedroom, interestingly coming top for both male and female respondents. Marvin Gaye's Sexual Healing took second place on the top list with Ravel's Bolero finishing a surprise third.

Dr Mllensiefen said: "The fact that Dirty Dancing has come top on the list of the best tracks to play during sex for both men and women is due to the fact that most people have a good knowledge of songs that represent romance and these tend to be from cultural references such as film. People use this music to not only communicate their intentions in a romantic situation but to directly alter the mood during an encounter. The study also revealed that men are more likely than women to change their music tastes and listening habits in order to ensure greater success in the bedroom - which explains the popularity of Dirty Dancing for both sexes."

Spotify's Science Behind the Song study uncovered the top 20 tracks to 'get us in the mood' for sex, and it seems there's only one man for the job: music legend Marvin Gaye. Iconic track Sexual Healing was voted the number one track to 'get us in the mood' and Let's Get it On took second place. Barry White followed closely in third place, with respondents claiming that hearing any track by the man also known as The Walrus of Love' was enough to 'turn them on.'

Dr Mllensiefen observed: "The study unveiled that the best tracks for seduction in the bedroom - essentially what gets us in the mood - all possess the same qualities including a greater dynamic range, more use of the high chest voice, more raspiness in the voice and less use of vocal vibrato. These specific attributes are strongly evident in the Marvin Gaye tracks, Sexual Healing and Let's Get It On."

The study also revealed that one in three people can name a track that they consider to be 'Better than sex', with Queen's Bohemian Rhapsody voted number one on the list. Sex on Fire by the Kings of Leon took second place and Robbie Williams was voted third in the 'Better than sex' list, with his 90s ballad Angels.

Dr Mllensiefen said: "Songs that our participants have named as 'better than sex' are all unique and many can be considered epic 'masterpieces'. When listening to music we build up an expectation of how the music is going to continue. If it violates our musical expectations and takes a different turn our involuntary emotional response is highly positive and it is mainly these unexpected turning points in the music that generate strong emotional feelings."

Angela Watts, VP of global communications for Spotify, commented: "Music provides the soundtrack to the lives of Spotify users every day, wherever and whenever they are, and Spotify's study reveals today that music plays a particularly big role when it comes to our love lives. We now know that Marvin Gaye is key to success when it comes to seducing a partner in the bedroom. And if you don't have a partner, we can highly recommend Queen's Bohemian Rhapsody, which is officially 'Better than sex'!"

The study interviewed 2000 people aged between 18 and 91 years old, with an almost equal gender split.

Spotify has created a series of romantic playlists based on the voting from the survey. The Spotify playlists can easily be linked or listened to for news stories, blog posts and social media using the following links. Full track listings in notes to editors below:

Top Tracks for a Romantic Dinner

Best Tracks for a Flirt on the Dancefloor

Best Tracks to Get in the Mood for Sex

Best Tracks to Play During Sex

Songs That Are Considered Better Than Sex