The Royal Australian Navy in conjunction with Marketing and Events agency, The Spaceship, is pleased to welcome US Pro Gamers Dave 'Walshy' Walsh and Michael 'StrongSide' Cavanaugh to the inaugural Navy Big Game event to be held at the 2012 EB Games Expo between October 5 and October 7. 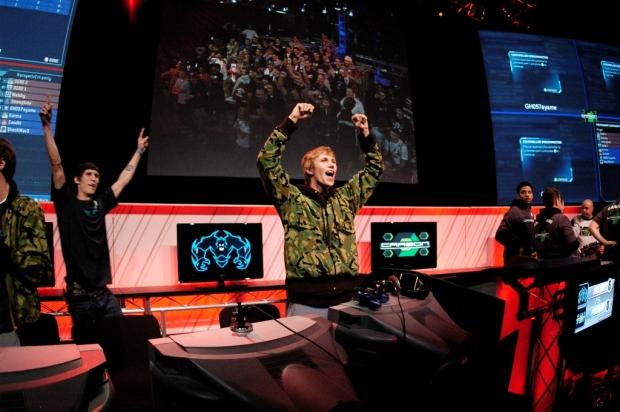 Navy Big Game is an exciting invitational event where Aussie gamers get to pit their skills against the Navy Team of Stars featuring Walshy, StrongSide and two of the best Navy gamers in the force. A team of four players comprised of ebexpo.com.au and Xbox Live competition winners will play against the Navy Team of Stars on the big screen at the 2012 EB Games Live Arena. The event promises to be full of action and fans can enjoy the big screen showdown as both teams battle it out on Halo Reach.

Both Walshy and Strongside will also be on hand at the Navy Big Game stand to provide a sneak preview of Zero In. Zero In allows you to challenge your friends online in a global game of 'hide and seek' using Navy skills to zero in on their warship. As you learn the skills of Navy Combat Console personnel, you have a chance to utilise advanced detection and location equipment, operate radars, sonars and world class technology to see if you have what it takes for a highly classified role in the Navy. Zero In is set to launch in early 2013.

"We are super thrilled to take part in this invitational format on the big stage. We are looking forward to putting on a show for everyone" said Walshy.

Local Aussie gamers can take part in the Navy Big Game event at the 2012 EB Games Expo by entering at ebexpo.com.au or Xbox LIVE.

About the pro gamers:

Dave Walsh, best known by his gamertag, 'Walshy' has led his teams to multiple Major League Gaming (MLG) championships with masterful strategies, thrilling gameplay, and outside-the-box thinking. Walsh helped set the bar in this emerging sport and he continues to amaze, maintaining his status in an environment where competitors frequently burn out and fade away.

Michael 'StrongSide' Cavanaugh has been a professional Halo player in the MLG community since July 2005. Within MLG he has eight first place finishes and one National Championship where his team, Final Boss did not lose a single game, taking the title as the best Halo 2 team of all time. Cavanaugh was the 13th player to be signed to a $250,000 contract with MLG.