Los Angeles-based gaming company Combiform, Inc., maker of the first digital-game platform primarily focused on active real-time social interaction, is announcing it will launch a Kickstarter campaign with the goal of raising $300,000. 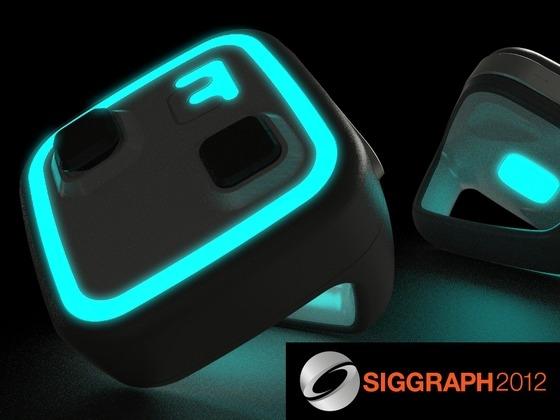 Combiform's updated gaming console design won the Laval Award in Emerging Technologies at last week's 2012 SIGGRAPH conference and will be the first-ever add on combinable controller to transform your mobile technologies into a home entertainment console. Its unique square design, LED lights and magnetic connectivity are guaranteed to attract a slew of Kickstarter donations from the gaming community at large.

Limited quantities of the console are priced to move - the company plans to retail the full bundle set of four controllers and two games for $99 but early adopters can pre-order it on Kickstarter for just $88.

"This is a unique project because it is not merely using novel technologies to promote new forms of interactions during play, it also endorses a movement, an emergent change in the game-design community," remarked Edmond Yee, Co-founder and President of Combiform. "We have taken advantage of the unique hardware design to further a new perspective on digital games that uses old rules to create new types of play."

Already an award-winning platform, Combiform is hitting on a unique trend of removing gamers from a physical screen and instead encouraging real time, face-to-face engagement and play. The distinctive controllers are designed such that players focus on other players, embracing their physical bodies as part of the game to enhance the gaming experience. The LEDs make the game's feedback apparent not just to individual players, but also to the play community.

The company plans to use the Kickstarter funds to finance the gaming hardware production and distribution. Combiform team member David Waterhouse adds: "We're creating a new type of fun that has already been street-tested by casual gamers and gaming elite alike. Players are engaged from the first moment of play and are breaking spatial boundaries that would otherwise be nonexistent within current gaming formats."