"Users have been clamoring for these two devices for a while now, and I'm proud to report that the wait is finally over," says BitFenix Product Manager David Jarlestedt. "With Recon and Hydra Pro, BitFenix once again takes our disruptive ideas and brings them into a new design space - fan controllers. Offering never-before-seen functionality at competitive price points, Recon and Hydra Pro are set to become the go-to thermal control devices for enthusiasts the world over."

Designed for the new age of mobile devices, Recon is the world's first Internet-connected fan controller. After installing the included Windows-based software, this five-channel fan controller enables users to connect to it using smartphones, tablets or laptops via the Internet. Once connected, users can monitor and adjust their fans and temperatures via their mobile device. Best of all, the mobile interface is browser-based, which means it is compatible with virtually any mobile operating system, including iOS, Android, or Windows. At home, the easy-to-use touchscreen interface displays current system temperatures and fan speeds, while giving easy access to the Recon's advanced functionality.

Recon sports two specially-designed microprocessors that continuously interact with your motherboard, providing real-time status monitoring and control. Users can also save presets and recall up to three presets on-the-fly, making quick adjustments push-button simple. And to keep things looking awesome, Recon's SofTouch bezel delivers a luxurious matte finish and soft feel. With Recon, users are always in total control of their system - even on the go.

Two devices in one, Hydra Pro combines a powerful fan controller with an LED control device. Its five thermal channels deliver up to 30 W of power each, and are easily controlled via low-profile sliders that make it compatible with a wide variety of cases - even those with doors.

BitFenix Recon carries an MSRP of 34.90 in the EU, $39 in North America, and will be available at the following retailers starting next week:

BitFenix Hydra Pro carries an MSRP of 30 in the EU, $34.90 in North America, and will be available in early June. 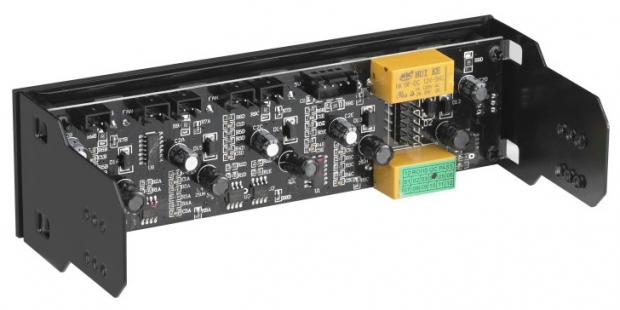 For more information on Recon and Hydra Pro, go to: http://www.bitfenix.com/