GPU Technology Conference -- Gaming enters a new era today with the launch of the NVIDIA® GeForce® GRID cloud gaming platform, which allows gaming-as-a-service providers to stream next-generation games to virtually any device, without the lag that hampers current offerings. 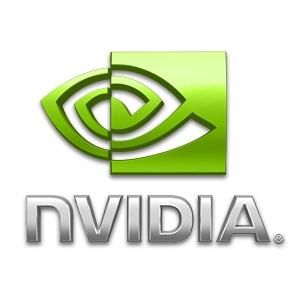 With the GeForce GRID platform, gaming-as-a-service providers can deliver the most advanced visuals with lower latency, while incurring lower operating costs, particularly related to energy usage. Gamers benefit from the ability to play the latest, most sophisticated games on any connected device, including TVs, smartphones and tablets running iOS and Android.

"Gamers will now have access to seamlessly play the world's best titles anywhere, anytime, from phones, tablets, TVs or PCs," said Phil Eisler, general manager of cloud gaming at NVIDIA. "GeForce GRID represents a massive disruption in how games are delivered and played."

GeForce GRID was introduced at the GPU Technology Conference (GTC), as part of a series of announcements from NVIDIA, all of which can be accessed in the GTC online press room.

The key technologies powering the new platform are NVIDIA GeForce GRID GPUs with dedicated ultra-low-latency streaming technology and cloud graphics software. Together, they fundamentally change the economics and experience of cloud gaming, enabling gaming-as-a-service providers to operate scalable data centers at costs that are in line with those of movie-streaming services.

Featuring two Kepler architecture-based GPUs, each with its own encoder, the processors have 3,072 CUDA® technology cores and 4.7 teraflops of 3D shader performance. This enables providers to render highly complex games in the cloud and encode them on the GPU, rather than the CPU, allowing their servers to simultaneously run more game streams. Server power-consumption per game stream is reduced to about one-half that of previous implementations, an important metric for data centers.

Fast streaming technology reduces server latency to as little as 10 milliseconds -- less than one-tenth the blink of an eye -- by capturing and encoding a game frame in a single pass. The GeForce GRID platform uses fast-frame capture, concurrent rendering and single-pass encoding to achieve ultra-fast game streaming.

The latency-reducing technology in GeForce GRID GPUs compensates for the distance in the network, so gamers will feel like they are playing on a gaming supercomputer located in the same room. Lightning-fast play is now possible, even when the gaming supercomputer is miles away.

Also at GTC, NVIDIA and Gaikai demonstrated a virtual game console, consisting of an LG Cinema 3D Smart TV running a Gaikai application connected to a GeForce GRID GPU in a server 10 miles away. Instant, lag-free play was enabled on a highly complex PC game, with only an Ethernet cable and wireless USB game pad connected to the TV.

A number of leading gaming-as-a-service providers announced their support of the GeForce GRID. Among them:

"Not so long ago, engineers said cloud gaming was impossible, and that it was not possible for cloud gaming to be as fast or high-quality as local, console-based gaming. Obviously, they didn't know that Gaikai and NVIDIA would be working together. We're proving the doubters wrong."

"Just like iPhone games have taken over the handheld games market because of ease of use, cloud gaming will expand gaming by making it incredibly convenient."

"We have worked closely with NVIDIA to use the GeForce GRID processor architecture in Ubitus GameCloud®. Ubitus delivers highly scalable cloud gaming solutions with a native-like gaming experience for service providers."

A range of leading game developers also announced their support of GeForce GRID. Among them:

"Cloud has the potential to deliver an even more powerful experience in the future by enabling ultra-high-end GPUs like the GeForce GTX 680 to stream ultra-high-quality graphics such as those made possible by UE4 to a huge range of devices, well beyond console capabilities. The result will be that more people can enjoy EPIC's games on more devices at higher quality."

"The compelling advances that GeForce GRID introduces to cloud gaming are especially beneficial to Capcom game fans, as we are focused on delivering AAA action games that are reliant on low latency for the best experience. We are, therefore, very excited about NVIDIA's contributions in this space."

"Online gaming with underlying cloud infrastructure is an important part of modern games. Cloud gaming is an exciting new way of delivering games to streaming customers. In reviewing NVIDIA's GeForce GRID, I see the potential for this technology to reduce some of the latency issues that affect game streaming. This is an exciting development."