ASRock, the leading motherboard brand with expertise in the gaming segment, announced today its sponsorship of the Asia StarCraft II Professional Team Invitational Tournament 《ASiT》, which will take place from April 25th, 2012 to July 22nd. Hosted by Taiwan Professional e-Sports League and Blizzard Entertainment, the《ASiT》offers grand prizes for winners that sum up to USD $40,000, which makes it one of the largest StarCraft II competitions in the Asia Pacific Region recently. 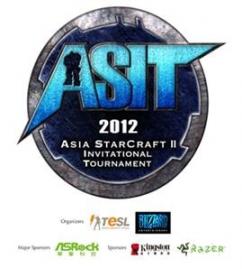 The tournament is the first of its kind to have national StarCraft II teams featuring professional players from major Asian countries including China, Taiwan, Korea, Japan, Thailand, Australia, Singapore and Malaysia. The group stage will be run over the next 6 weeks, with 2 winning groups advancing to the offline Finals held in Taiwan at the end of July. 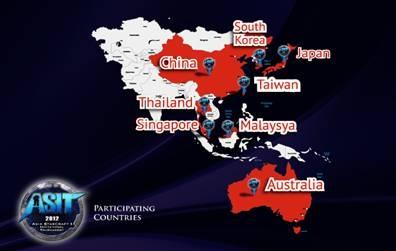 Teams from eight countries are competing for the Asia Champion Title.

The first qualifier will stand out from a best-of-five match, including four one on ones and one ACE match while the second round will be four to four KoF matches. After the 2 qualifiers, the 1st place of each group will compete for the finals, and the 2nd place of each group will also compete for the runner-up match. The runner-up match will be hosted online in July, and the final match will be hosted in Taiwan at the Taiwan Open conference. The top 2 teams in Asia will be on the stage for the title of《ASiT》champion. 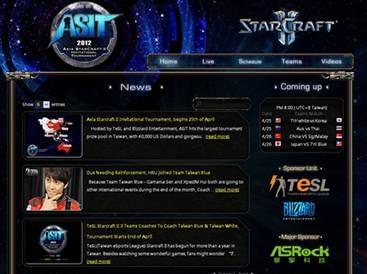 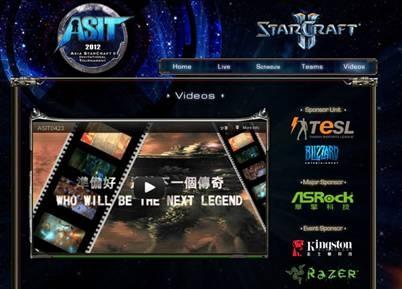 The Official Video Commercial of 2012《ASiT》

"ASRock is very proud to become the major sponsor of《ASiT》. Supporting tournaments such as 《GPL- Asia LOL Gaming Tournament》or《ASiT》 allows us to constantly improve our products through the feedback and collaboration we have with professional gamers" says James Lee, V.P. of ASRock Marketing and Sales. With the unique gaming features and award-winning performances, ASRock motherboards have been highly recommended as the best choice in the gaming segment. After being designated as the only recommended motherboard brand by TeSL, again ASRock is honored to become the sole motherboard sponsor of 2012 ASiT. ASRock will continue to develop top-quality gaming motherboards to help gamers optimize gaming results.