The GeForce GTX 680 offers the fastest, smoothest and richest graphics experience of any single GPU on the market with its eye-popping visual technologies, blazing performance and superior power efficiency as well as support for multiple displays including NVIDIA's stereoscopic 3D Vision technology. 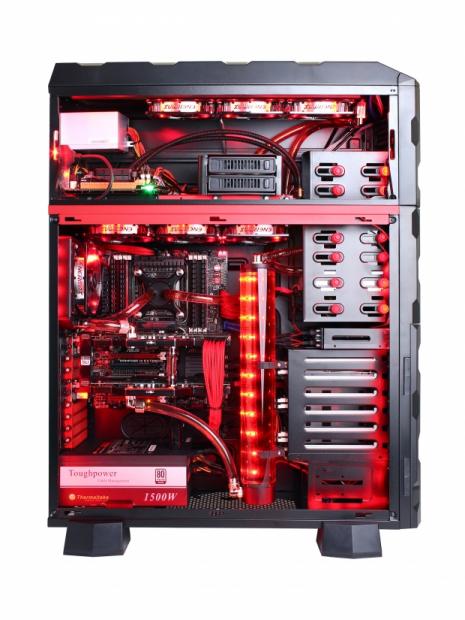 CyberpowerPC customers who configure GeForce GTX 680-based systems are assured maximum application and gaming performance with a number of advanced graphics features. The GTX 680 includes NVIDIA GPU Boost Technology, which dynamically maximizes clock speeds based on workload of the game to push performance to new levels and bring out the best in every game or application. Support is also included for Microsoft DirectX 11, which provides sophisticated shading and texturing techniques such as tessellation.

The GeForce GTX 680 series also supports NVIDIA 3D Vision and NVIDIA Surround, which bring a fully immersive stereoscopic 3D experience to the PC. In addition, you can stream 3D movies and 3D digital photographs from 3DVisionLive.com in eye popping, crystal-clear quality. NVIDIA Surround allows you to expand your PC games across three displays in full stereoscopic 3D for the ultimate "inside the game" experience.

All systems are housed in a gaming chassis from top-tier manufacturers that are designed to be feature rich with advanced cooling, silent performance and extreme airflow. Every system is meticulously built with precise cable routing to ensure optimal airflow and a clean aesthetic appearance. CyberpowerPC loads every system with Microsoft Windows 7 Home Premium Operating System for an enhanced gaming and multimedia experience. All CyberpowerPC desktop gaming systems include an industry-best 3-year limited warranty.