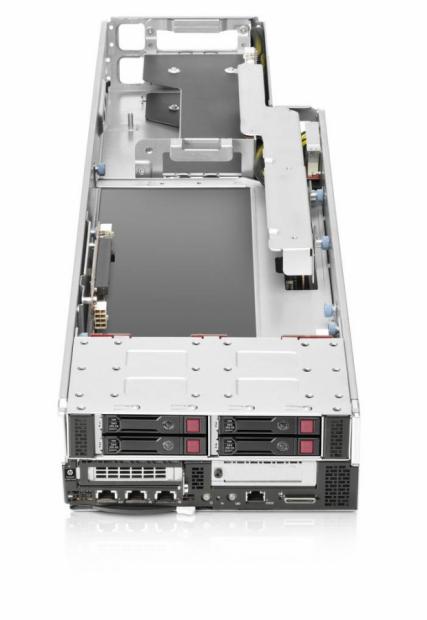 Based on testing with LAMMPS, one of world's most popular molecular simulation applications, the HP ProLiant SL250 Gen8 server accelerated key benchmark workloads by over 20X with the addition of three NVIDIA Tesla M2090 GPUs2.

In addition, by allowing the combination of up to four CPUs and six GPUs in a 2U server configuration, two side-by-side HP ProLiant SL250 Gen8 servers deliver up to 4.6 teraflops of peak performance to accelerate compute- and data-intensive applications3.

"The HPC industry is rapidly embracing hybrid computing architectures based on their superior performance and energy efficiency," said Sumit Gupta, director of Tesla GPU computing at NVIDIA. "Higher-performance Sandy Bridge CPUs unleash the power of NVIDIA GPUs to an even greater degree, enabling them to maximize acceleration for a range of commercial and scientific HPC applications, include AMBER, GROMACS, LAMMPS, Simulia Abaqus, seismic processing, and others."

NVIDIA Tesla GPUs are massively parallel accelerators based on the NVIDIA CUDA parallel computing platform. Tesla GPUs are designed from the ground up for high performance computing (HPC), computational science and supercomputing, delivering dramatically higher application acceleration for a range of scientific and commercial applications than a CPU-only approach. Today, Tesla GPUs power three of the world's top five supercomputers.