AMD (NYSE: AMD) today announced that its AMD Opteron 6200 Series processor family, based on the new "Bulldozer" architecture, was chosen as the winner of The Linley Group's first annual Analysts' Choice Awards. The awards recognize the top processor products of 2011 in several major categories including embedded, mobile, PC, server, design IP and related technology. To choose each winner, the Linley Group's team of technology analysts focused on merits of the leading products that began shipping between January 1, 2011 and December 31, 2011. 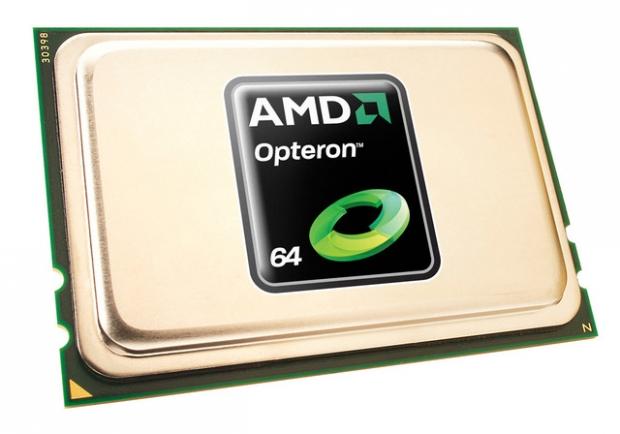 "Our analysts are deeply familiar with processor products and technology, having conducted extensive research in order to deliver the firm's popular publications and reports," said Linley Gwennap, founder and principal analyst at The Linley Group. "We chose the winners on the basis of their performance, power, features and cost as appropriate for their target applications."

"The AMD Opteron 6200 Series processor rose to the top of our list of nominees due to its leading performance for high-volume, dual-socket servers," said Bob Wheeler, senior analyst at The Linley Group. "Reported SPEC_rate2006 baseline scores show the AMD Opteron processor Model 6282 SE delivers about 20 percent greater integer performance1 and nearly 40 percent greater floating-point performance2 than comparable processors from the competition and costs about 40 percent less.3"

"We are honored to receive this prestigious award from The Linley Group," said Pat Patla, corporate vice president for AMD's Server Business. "Since we launched the new AMD Opteron processor a little more than 2 months ago, the industry has rallied around the combination of innovation and price-performance advantage AMD is delivering to Cloud, HPC and enterprise customers. It is clear the new AMD Opteron processor with our "Bulldozer" technology is a winner."

Other recent Awards and Top Performance ratings for the AMD Opteron 6200 Series processor-based servers include:

IT PRO Editor's Choice for the Dell PowerEdge R815