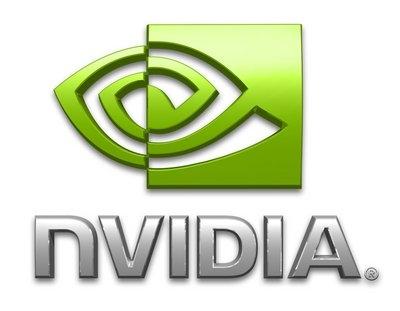 As a result, scientists can study larger molecular models for longer time periods with greater accuracy, leading to increased knowledge of the potential impact of drugs and the effectiveness of new materials. Drug developers could also benefit from shorter discovery times and lower development costs.

The four scientific modeling applications join a growing list of applications -- including AMBER, NAMD and TeraChem, among others -- that enable university, government and industry researchers to advance research by leveraging the power of GPUs.

"Wide access to inexpensive, energy efficient supercomputing enabled by GPUs has the potential to accelerate the pace of scientific research," Sumit Gupta, manager of the Tesla business unit at NVIDIA. "The benefit of this computing power to science is significant, such as enabling researchers to more quickly and accurately simulate biological behavior of protein and drug candidate interactions prior to expensive and time-consuming animal studies and patient trials."

The four applications are widely used by scientists engaged in using supercomputing to advance modeling in a variety of key areas:

GAMESS is a quantum chemistry application important in the design of new drugs and materials. It uses computational methods to solve the electronic structure and properties of molecules.

GROMACS enables the simulation of biomolecular interactions between proteins and drug candidates. It can be used to study protein folding and mis-folding, which is relevant in understanding such diseases as Alzheimer's, Huntington's disease and some forms of cancer.

"We like to push the envelope as far as we can toward highly scalable efficient code. GPU technology is the most promising way to achieve this goal. Given our association with a DOE laboratory, energy efficiency is equally important, which is another benefit of accelerating quantum chemistry using GPUs."

"GROMACS 4.6 supported by GPUs is expected to accelerate simulation performance 2-3 times faster than previously possible. The greater simulation speed enables research scientists to have deeper insights into the biological behavior of drug candidate and protein receptors involved in diseases."

"For major workloads using QMCPACK, we're seeing a 3x node-to-node speedup for single-GPU nodes over dual-socket CPU nodes. We're also seeing excellent scaling of this performance for hundreds of GPUs. This allows us to investigate material properties at an unprecedented scale and level of accuracy."

"Molecular dynamics practitioners are handicapped by well-known timescale limitations: they can't simulate long enough to model many phenomena of interest," said one of the original LAMMPS developers. "Simulation timescales can be extended dramatically by use of large-scale clusters of GPUs."

"The Availability of many computationally efficient GPU nodes locally has allowed us to approach drug design in a new way, giving fresh insights into disease mechanisms. With GPUs, we've been able to run many more simulations with fewer assumptions, creating more realistic models."

Biomolecular and material-science researchers interested in a free trial of these new these GPU-accelerated applications can register today for the NVIDIA Tesla MD SimCluster program. This off-the-shelf integrated cluster solution is fully optimized to simulate large-size models and achieve higher accuracy, while significantly reducing simulation time.