SANTA CLARA, CA -- (Marketwire) -- 10/14/2011 -- The best 3D technology for the PC just got better with the introduction of new NVIDIA3D Vision products, which deliver greater realism and immersion than ever for 3D games, movies and photos.

NVIDIA 3D Vision 2, the next generation of NVIDIA's award-winning 3D technology, features sleek, newly-redesigned, gamer-inspired glasses. It also introduces NVIDIA 3D LightBoost technology, a unique new display technology that dramatically improves the 3D experience by delivering images that are up to twice as bright and colors that are far richer than those provided by other 3D display technologies.

These features give gamers the ultimate 3D platform for this fall's hot new titles, including Batman: Arkham City, LA Noire and more. In addition, through the NVIDIA 3D Vision Ready ecosystem, NVIDIA is delivering the industry's broadest selection of high-quality 3D content and supported displays.

"NVIDIA 3D LightBoost technology makes 3D games, movies and photos more stunning and life-like than ever before," said David Wung, senior director of product management of Open Platform Business (OPBG) Group for ASUS Computer International. "With 3D LightBoost and our new full-HD monitors, colors are richer, textures and subtle image details virtually jump off the screen, and the overall quality of the experience is something to behold. We are thrilled to be the first desktop display manufacturer to bring this new level of 3D visual quality to our customers with the ASUS VG278H."

NVIDIA 3D Vision 2 glasses were designed specifically for gamers and 3D enthusiasts. They provide deeper immersion in games through lenses that are 20 percent larger than those in first-generation glasses, resulting in a wider viewing area and increased external light blocking. In addition, NVIDIA 3D Vision 2 glasses are made of soft composite materials for a more comfortable fit with gaming headphones. 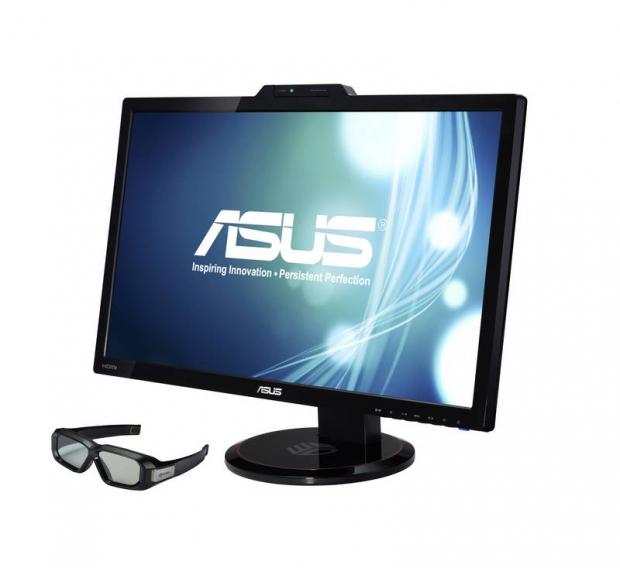 NVIDIA (NASDAQ: NVDA) awakened the world to computer graphics when it invented the GPU in 1999. Today, its processors power a broad range of products from smart phones to supercomputers. NVIDIA's mobile processors are used in phones, tablets and auto infotainment systems. PC gamers rely on GPUs to enjoy spectacularly immersive worlds. Professionals use them to create visual effects in movies and design everything from golf clubs to jumbo jets. And researchers utilize GPUs to advance the frontiers of science with high-performance computers. The company holds more than 2,100 patents worldwide, including ones covering ideas essential to modern computing. For more information, see www.nvidia.com.