TAIPEI, Taiwan, October 14, 2011 - Motherboard giant, ASRock Inc. is proud to announce that their AMD Motherboard Series now can fully support the newly launched AM3+ Bulldozer processors. It's been an incredible year for multi-core processing and it's almost time for you to upgrade the essential CPU! 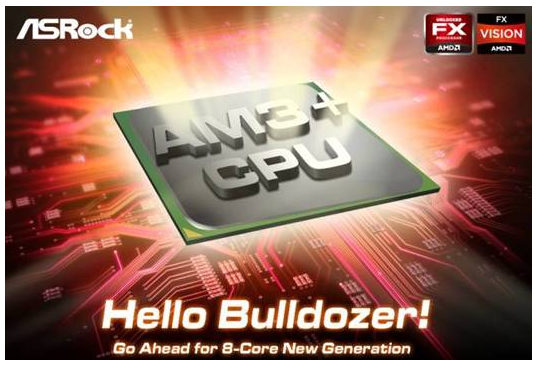 ASRock have prioritized AM3+ motherboard implementation and is the first to produce the most sophisticated AM3+ CPU-capable motherboards. The entire range of AM3+ mobo includes AMD's 9-Series, 8-Series, 7-Series and Nvidia's GeForce 7025 chipset series. Importantly, ASRock have a complete motherboard products line (from high-end, performance to budget-level) supporting AM3+ Bulldozer processors. Users are able to enjoy the exciting AM3+ performance with the latest BIOS update. ASRock is confident to say that they are the only motherboard maker that can offer so many AM3+ mobo choices based on difference chipsets. And this is what other mobo makers cannot do.

AMD's latest AM3+ processors are a shot in the arm for PCs, delivering state of art processing at unmatched performance. The much-anticipated AM3+ socket architecture now jammed into the market and offered the finest upgrade path : the Bulldozer 8-core CPU.

To make the PC worthwhile, ASRock have released several motherboards covering from AMD's 9-Series, 8-Series, 7-Series to Nvidia's GeForce 7025 chipset series to support the long-awaited FX (codenamed Bulldozer) processors. The ASRock AM3+ Motherboard Series have got just about everything you could wish for build a perfect system around.

Get ready to the ultimate computing experience? Phenom II is yesterday's news, and to make your AMD rig shine, Bulldozer has to be good. 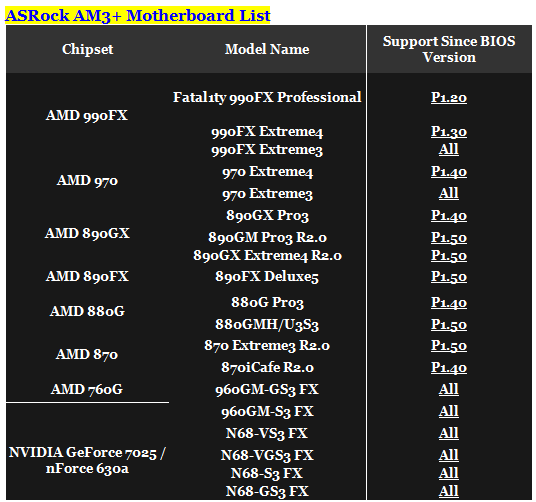