Samsung's new high-speed SSDs are ideally suited for use in high-performance OEM notebooks and tablets. Sample production of the SATA 6 Gb/s 512 GB SSDs began in May, with volume production initiated earlier this month. The new drives are expected to replace SATA 3 Gb/s-based SSDs by year-end. 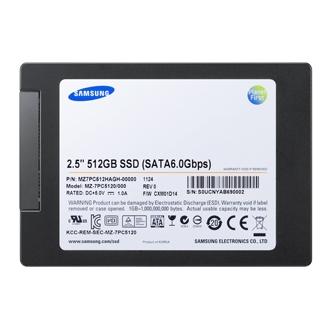 "Samsung's new line up of advanced SSDs will raise the performance bar to the next level for ultra-slim notebooks and tablets and accelerate growth of the market for high-performance SSDs," said Wanhoon Hong, executive vice president, memory sales & marketing, Device Solutions, Samsung Electronics. "The industry is expected to quickly embrace SATA 6Gb/s-based SSDs, which also will help increase market interest in 256GB and higher densities significantly," he added.

The SATA 6Gb/s SSD shortens system boot-up time to about 10 seconds, while its high-performance allows users to download up to five DVD video files in less than a minute. 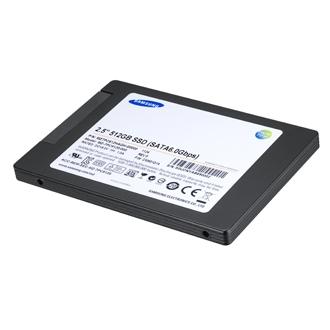 The drive also features the industry's highest level of security, which uses an AES 256-bit encryption algorithm to protect personal or corporate data from unauthorized access.

Samsung's SATA 6Gb/s SSDs are available in 512GB, 256GB and 128GB densities. The new high-performance SSD line-up is targeted for use in premium OEM notebooks, and tablets.

According to market research firm IDC, the global outlook for client-side SSDs is expected to grow ten-fold from 11 million units in 2011 to 100 million units in 2015. Moreover, the use of NAND in 256GB SSDs is forecast to more than double from 19 percent of all NAND used in SSDs in 2011 to 42 percent in 2015. Further, demand for 512GB SSDs is expected to grow from a 0.3 percent portion in 2011 to eight percent in 2015, also underscoring the growing interest in higher density SSDs.