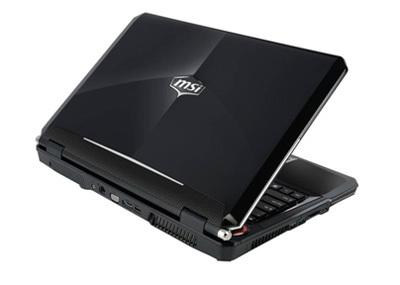 Eric Kuo, associate vice president for global sales, MSI Notebook, notes that the GT683DX gaming laptop not only boasts superior performance, it also comes with high-end Dynaudio and THX TruStudio Pro sound. Dynaudio, that world-class name in sound design based in Denmark, incorporated its own sound enhancement technology into the GT683DX to reproduce stereo sound as clean and crisp as the original. The THX TruStudio Pro technology further ensures a truly impressive sound experience. 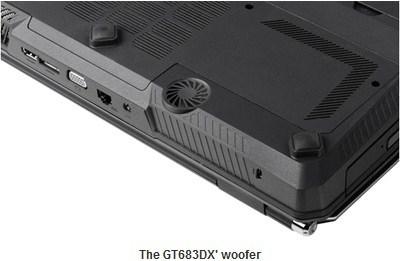 TDE overclocking: The GT683DX incorporates MSI's own TDE (Turbo Drive Engine) technology. Just one touch of the luminescent Turbo hotkey located conveniently above the keyboard fires up overclocking to give you crazy speeds.

Cooler Boost: The GT683DX comes with MSI Cooler Boost. Simply depress the hotkey over the keyboard to engage the powerful cooling capabilities, so your system keeps its cool even in the hottest working conditions.

Dynaudio sound: World-class leaders in sound technology from the Danish firm Dynaudio carried out countless precision calculations and studies to measure the best location and distance between user and laptop speakers to determine the best possible location for speakers. The result: ideal line of transmission for sound waves for pure, crisp, faithful stereo reproduction to give you the perfect, obstruction-free multimedia experience.

THX TruStudio Pro: THX TruStudio Pro smart wrap around sound offers performance heretofore available only in cinemas. It works in tandem with the cutting-edge speakers, so that the GT683DX reproduces each and every sound faithfully, regardless of music or sound type.

Cinema Pro: The GT683DX laptop features the most advanced multimedia performance available and Cinema Pro technology for the best possible graphics. Prior to watching a film, press the Cinema Pro hotkey to instantly switch to film mode for higher resolution and richer colors for the same great audio experience found in live performances, films, and recording studios. MSI's all-new GT683DX is your best choice for serious gaming and for use as a powerful multimedia center.

Full array of HD features: The GT683DX is equipped with a full HD 16:9 wide screen that offers bright colors and doesn't have those pesky black strips at the top and bottom of the screen when you watch films. The HD720p webcam allows you to enjoy smooth, bright high fidelity web calls with friends and family. If you want something bigger than a high definition computer screen for viewing films, the MSI GT683DX also comes with an HDMI port, so any type of high-fidelity, high-definition video can be played on your NB, but viewed via a cable on a large-screen LCD television screen.

i-Charger: MSI GT683DX is equipped with MSI's i-Charger technology. More powerful electrical current to the USB speeds up recharging more than three-fold, so that you don't need to spend nearly as much time to get your mobile devices up and running again.

King of gaming laptops: The glowing white characters "MSI" grace the center of the GT683DX' cover and is set off by the black diamond shape and crimson trim. The palm rest areas have a stylish rhombic pattern and the touchpad is bordered in nickel-plated trim. The chassis is sheathed in MSI's own color film print which not only gives the GT683DX a subtle luster, but protects it from scratching and wear to keeps it looking nice. The GT683DX has an independent chiclet keyboard to help keep you from hitting the wrong keys and to give you a nice, solid touch whether you're typing a letter or slaying orcs.

Light and sound show: The GT683DX has another cool feature-a one-of-a-kind LED light show. So whether you're listening to music or engrossed in an exciting, fast-paced game, just press the MSI LED light show hotkey and lights embedded on either side of the notebook and in front of your keyboard will pulsate in sync with sounds emitted by your laptop, kicking the thrill level up a few notches. 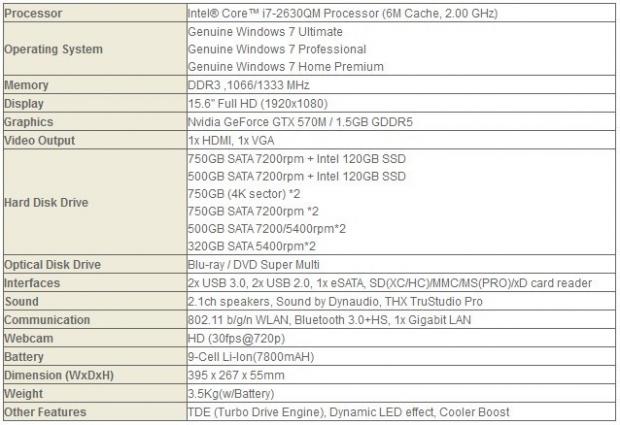