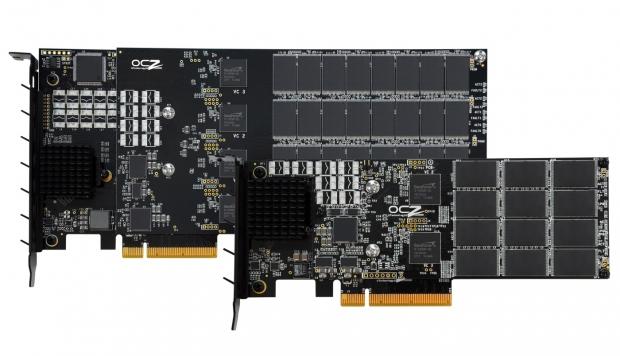 "The demand for higher performing PCIe-attached solid state storage continues to grow, and our new Z-Drive R4 represents an increased focus from OCZ to meet the needs of its enterprise and data center clients; it also represents a turning point in the evolution of PCIe SSDs," said Ryan Petersen, CEO of OCZ Technology Group. "The Z-Drive R4 provides the best of both worlds for storage architects by merging the industry-leading feature-sets of both the pure hardware and pure software based approaches to data management, while maintaining user-configurable flexibility not found in other devices."

The Z-Drive R4 is available in two standard configurations: a half height version designed for space constrained 1U servers and multi-node rackmount servers, and a full height version. Both configurations support single-level cell (SLC) or multi-level cell (MLC) NAND flash memory with reduced write amplification to extend drive life more than three times the manufacturer's rating of the NAND. As with all OCZ enterprise products, customer-specific configurations and functionality are available upon request.