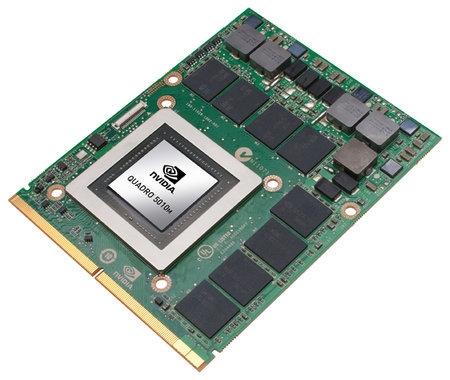 "Modular Graphics Processors allow for much more flexibility and the ability to provide various performance levels to far greater extents than typical embedded Graphics Processors. We are seeing many Embedded Systems Developers moving to Modular Graphics solutions because of the many benefits. Modular MXM technology assists companies with accelerating all phases of product development, testing and getting to the market" said Mark Bialic, President of Eurocom.

The NVIDIA Quadro 5010M supports Open GL 4.1, DirectX 11, Shader Model 5.0, and Error Code Correcting RAM, and is based on the NVIDIA CUDA architecture. The 384 CUDA cores in the Quadro 5010M can be accessed using DirectX 11 and OpenGL 4.1 for graphics rendering, and utilize Direct Compute, OpenCL, NVIDIA application acceleration engines and CUDA for general purpose calculations.

The Quadro 5010M also features an unprecedented 4 GB of GDDR5 memory to enable interactivity on the largest projects.

Error Code Correcting RAM is supported to detect and correct errors in data, meaning failing bits in a memory word are detected and corrected on the fly with no impact to the application.