Ultra-fast performance and portability is imperative for enthusiast mobile gamers who crave technology that helps deliver an incredible gaming experience with the latest graphic-intensive titles. With the arrival of the AMD Radeon 6990M GPU and the recently launched AMD A-Series Accelerated Processors (APU), AMD is pushing graphics capabilities to the limits for a wide range of notebook form factors and price points while enhancing the experience through technologies like AMD CrossFireX and Dual Graphics, (using a combination of AMD Radeon GPUs or an AMD Radeon GPU and an AMD APU). 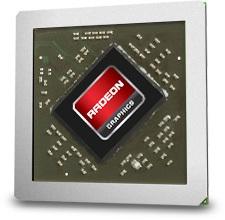 "At its core, the Alienware brand is about pushing the limits and finding new extremes in gaming performance," said Arthur Lewis, Vice President and General Manager for Alienware. "By offering two AMD Radeon HD 6990M graphics processors in our flagship M18x laptop, Alienware and AMD have come together to provide gamers the ultimate mobile experience."

As the PC gaming technology leader, AMD is dedicated to delivering the fastest technology and industry support needed to help create the best possible gaming experience on the PC. Whether it's driving up frame rates, extending quality settings or pushing clock speeds8, the AMD Radeon HD 6990M GPU is the ideal notebook for hardcore gamers looking to run the industry's most demanding DirectX 11 games such as Dragon Age 2, DiRT 3 and Shogun 2.