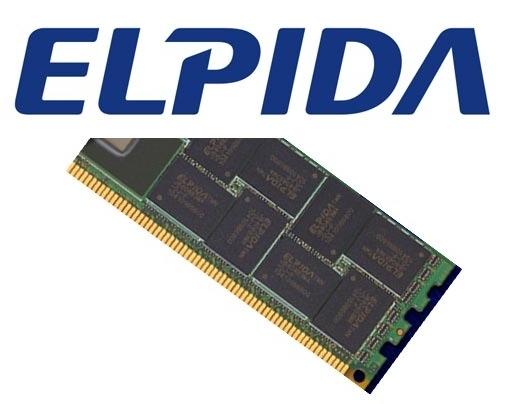 HKMG is technology that uses insulator film with a high dielectric constant (abbreviated to "high-k," a semiconductor industry measure of how much charge a material can hold) in the transistor gate to reduce current leakage and improve transistor performance. Metal gate electrodes that are required for the high-k dielectrics process are also used. Some makers of logic semiconductors have started to use HKMG, but higher heat treatment temperatures after HKMG formation and complicated DRAM structural characteristics have prevented consistent application in the DRAM fabrication process. Elpida, however, has managed to lower the heat treatment load and overcome certain memory device structural complications.

In producing the new DDR2 Mobile RAM, HKMG technology is able to reduce the electrical thickness of the gate dielectric in the transistor by around 30% compared with a conventional silicon oxide dielectric. The technology also raises DRAM performance by increasing transistor-on current by as much as 1.7 times compared with a silicon oxide film. Transistor-off current can be lowered to less than 1/100th of existing levels, thereby drastically reducing energy consumed in standby mode of DDR2 Mobile RAM.

In addition, Elpida will continue to evaluate and improve HKMG in order to apply the technology at the 30nm and 25nm nodes. Sample shipments of products are planned for FY 2011, with volume production to follow.