"With this module, Samsung has secured the highest level of product and solution competitiveness in the DRAM market for PC, server and mobile applications," said Wanhoon Hong, executive vice president, memory sales & marketing, Samsung Electronics. "We also plan to ship more energy-efficient 4Gb DDR3 DRAM based on 20nm-class* process technology in the second half of this year, which will significantly expand the rapidly growing market for green IT memory solutions. Moreover, we intend to keep delivering the greenest memory products with optimal performance for customers," he added. 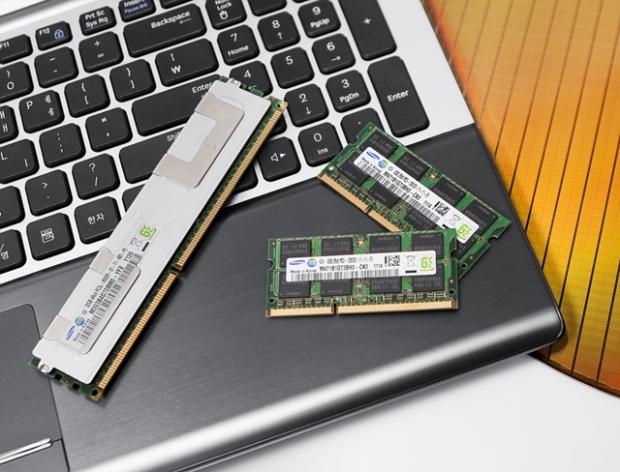 In addition, by offering its new DDR3 modules shortly after providing 30nm-class 4Gb LPDDR2 DRAM, Samsung is now supporting the needs of the entire marketplace for 30nm-class DRAM solutions from mobile devices to enterprise server systems.

Samsung expects to have more than 10 percent of its total DRAM chip production in 2012 at the 4Gb (or higher) density.

Meanwhile, Samsung plans to keep raising awareness of its green memory initiatives and its 'Creating Shared Value' (CSV) approach toward the global IT industry, as it seeks greater collaboration on energy-efficiency with CIOs of global companies.