Equipped with a toggle DDR (Double Data Rate) 2.0 interface, the new 64Gb MLC chip can transmit data at a bandwidth of up to 400 megabit per second (Mbps). This provides a 10-fold increase over the 40Mbps Single Data Rate (SDR) NAND flash memory in widespread use today, and a three-fold boost over 133Mbps toggle DDR 1.0, 32Gb NAND flash memory, which Samsung was first to produce in 2009. 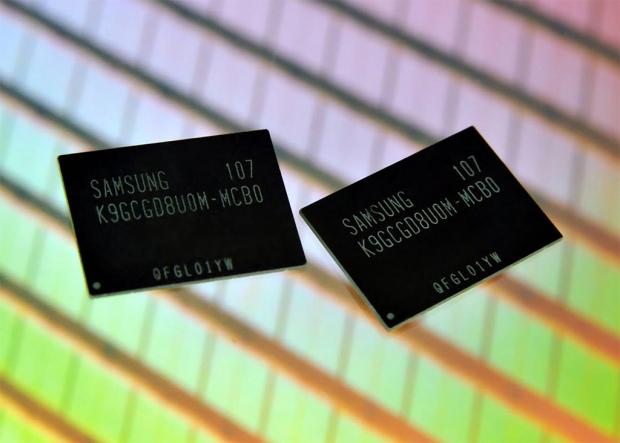 "With this 20nm-class, 64Gb, toggle DDR 2.0 NAND, Samsung is leading the market, which is evolving to fourth-generation smartphones and SATA 6Gbps SSDs," said Wanhoon Hong, executive vice president, memory sales & marketing, Samsung Electronics. "We will continue to aggressively develop the world's most advanced toggle DDR NAND flash solutions with higher performance and density, since we see them as vital to enabling a greater diversity of services for mobile phone users worldwide."

The high-speed 400Mbps bandwidth of toggle DDR 2.0 is expected to better support the ongoing shift toward advanced interfaces, as more mobile and consumer electronics devices requiring added performance and higher densities adopt new interfaces such as USB 3.0 and SATA 6.0Gbps,