TAIPEI, Taiwan, April 11, 2011 - ASRock Inc. the global leading motherboard manufacturer released its new-generation motherboards coming with the best kit of feature sets to rock the industry. To deliver the premium product to users, ASRock has thrown everything you could want at its full-line motherboard series. The exciting features include the ASRock signature XFast USB Technology which offers the world's fastest data transfer speed, Graphical UEFI BIOS interface and the advanced Digi Power design. The ASRock latest motherboards come with a bucketful of technologies aimed at bring the ultimate PC experience to users!

XFast USB Technology
One of the joys of owning a PC is that you can upgrade it as you go. Need faster transfer speed? ASRock XFast USB allows users to realize the full potential of their USB performance with an easy to use and intuitive user interface. 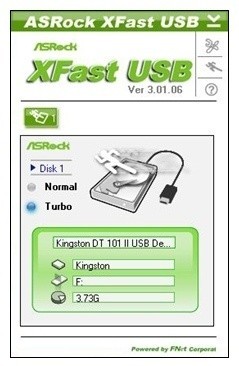 Since Microsoft Windows only assigns 10% resource from one USB device, ASRock XFast USB Technology creates QOS (Quality of Service) to let USB device work more efficiency. It changes USB protocol from single-task to multi-tasks to boost up USB performance. Considering USB 3.0 is becoming a trend, ASRock implements XFast USB Technology on its full range of motherboard series. It is currently the fastest USB transfer in the world, which can possibly double USB transfer speed, hence, users can be assured to make more things done with less time. To create daily tasks in minutes and do your office tasks more efficiently, ASRock XFast USB will do the jobs brilliantly!

Graphical UEFI BIOS Interface
To meet today's most demanding technology - especially the high-end enthusiasts' boards required myriads of settings, the change of old BIOS is a must. The traditional BIOS has been overtaken by the graphical, mouse-workable UEFI BIOS interface - a version with more customize and diverse design. 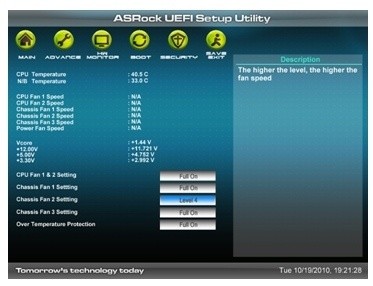 Unified Extensible Firmware Interface (UEFI) is a revolutionary BIOS utility which offers tweak-friendly options in an advanced viewing interface. As the third-largest motherboard manufacturer, ASRock is the first to carry out graphical UEFI support in all new motherboard series. The new graphical UEFI system works with a USB mouse and brings visual graphical interface experience. Plus it's a must if you're intending to use a 3TB hard drive as a boot disk. With the graphical UEFI BIOS interface, users can experience the most optimized BIOS setup screen. 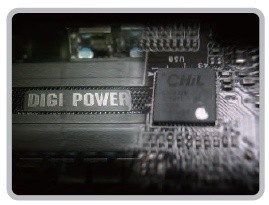 ASRock always bring you more than you expected! Both current and the forthcoming models will be supporting ASRock exclusive XFast USB and Graphical UEFI tools. Digi Power design may vary by models. With those exciting features, users can build a pretty impressive and feature-rich ASRock system easily.

ASRock has been growing fast and become world third largest motherboard brand with headquarter in Taipei, Taiwan and branches in Europe and the USA. The young and vibrant company targets at entry to mainstream segment MB business, owning reputation around the world market with its reliability and proficiency. Further information, please visit http://www.asrock.com