PRLog (Press Release) - Mar 22, 2011 - V3 Gaming, manufacturer of high-end computer systems, has partnered with NVIDIA to offer the Salvo Desktop Computer for $599. The V3 Salvo features the brand new GeForce GTX 550 Ti graphics card and the 2nd Generation Intel Core family of processors. The system itself is geared towards bringing a custom gaming computer experience to a larger audience of gamers. 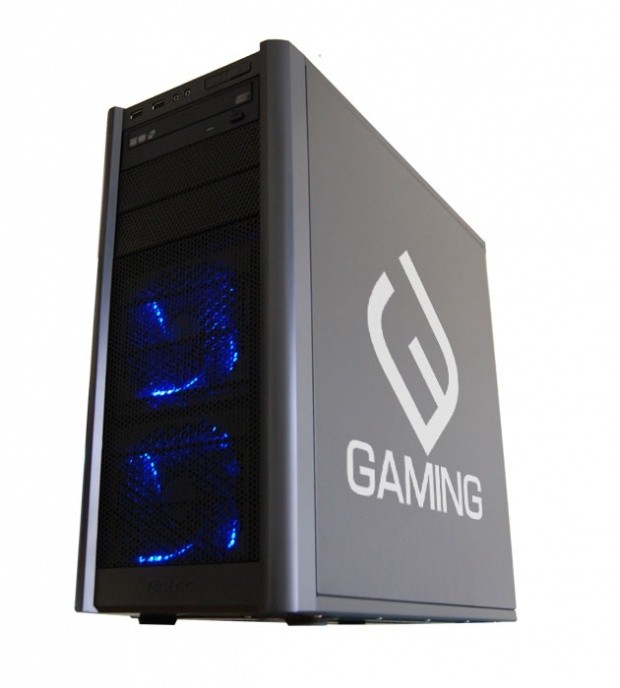 Thanks to the GeForce GTX 550 Ti graphics card from NVIDIA, the V3 Salvo has plenty of gaming chops. The GTX 550 Ti is a compact yet powerful DirectX 11 GPU that is great for small form factor and budget computer systems. It supports NVIDIA's CUDA, PhysX, and 3D Vision technologies for the most realistic gaming experience possible. The card has 1GB of GDDR5 memory and packs in 192 CUDA cores for efficient gaming performance in the latest game titles.

The V3 Salvo also supports 2nd Generation Intel Core series processors, which offer unmatched gaming performance for a low cost. Rounding out the Salvo is 4GB of DDR3 1333MHz memory, the MSI H61MU-E35 motherboard that supports USB 3.0, a 500W power supply, 500GB 7200RPM SATA II hard drive and, like all V3 Gaming desktop computers, liquid cooling by Asetek. "We feel that the Salvo is a perfect entry point for any gamer looking to step up the next level of computer performance." said Thomas Gribble, Product Manager at V3.

To satiate the curiosity of gamers, V3 states the Salvo in its stock configuration can pump out an average of 40 frames per second in Crysis 2, the graphically demanding first person shooter game title that hits store shelves today. Of course, the Salvo is highly upgradeable for even better performance. All of this gaming muscle can be purchased direct from V3 Gaming PC starting at $599. For more information, visit http://www.v3gamingpc.com/the599special or e-mail info@v3gamingpc.com.

V3 Gaming PC, headquartered in Lomita, California, is a of manufacturer bleeding-edge gaming computers and components designed for the enthusiast audience. Founded in 2010, V3's team consists of seasoned industry veterans with a reputation for producing the most well-built, well-supported computers on the market. For more information, visit http://www.v3gamingpc.com, order@v3gamingpc.com