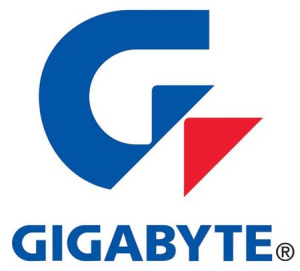 City of Industry, California, March 1, 2011 - GIGABYTE TECHNOLOGY Co., Ltd, a leading manufacturer of motherboards, graphics cards and computing hardware solutions is exited to show the world their newly redesigned 6 series motherboards featuring Intel's new B3 stepping chipsets, as well as offering a sneak peek at GIGABYTE's latest extreme overclocking motherboard, the X58A-OC. Also on showcase this year is the newly launched G1-Killer Gaming motherboard series as well as GIGABYTE's AMD offerings including the new revision 800 series motherboards which offer support for AMD's upcoming AM3+ socket CPUs, not to mention the GA-E350N-USB3, GIGABYTE's first Mini-ITX motherboard for the AMD platform.

GIGABYTE will also be providing CeBIT guests a world exclusive sneak peek at the upcoming X58A-OC motherboard which was designed in part by world renowned overclocker HiCookie for extreme overclocking enthusiasts. Featuring a host of features designed to shatter current world overclocking records while leaving off the features overclockers don't need, this is GIGABYTE's most unique motherboard to date.

GIGABYTE is also showing live demos of their latest line of dedicated gaming motherboards designated the G1-Killer series, consisting of the G1.Assassin, G1.Sniper and G1.Guerrilla. Based on the Intel® X58 chipset and featuring several state-of-the-art onboard solutions from industry heavy hitters such as Creative and Bigfoot Networks, together with a range of new and exclusive GIGABYTE features, the GIGABYTE G1-Killer series motherboards are equipped to let gamers unleash total mass gaming destruction!

For regular updates about these and other exciting GIGABYTE motherboards please visit the GIGABYTE Tech Daily Blog or the official GIGABYTE website.