FREMONT, California - February 18, 2011 - Corsair®, a worldwide designer and supplier of high-performance components to the PC gaming hardware market, today announced its plans for the upcoming transition from 34 nanometer to 25 nanometer flash chips used on its solid-state drives.

"There is a lot of confusion in the market about the impact the move from 34 to 25nm flash will have on both the price and the performance of solid-state drives," said John Beekley, VP of Technical Marketing at Corsair. "We've been working closely with SandForce to ensure the smoothest possible transition and we're sharing the details today." 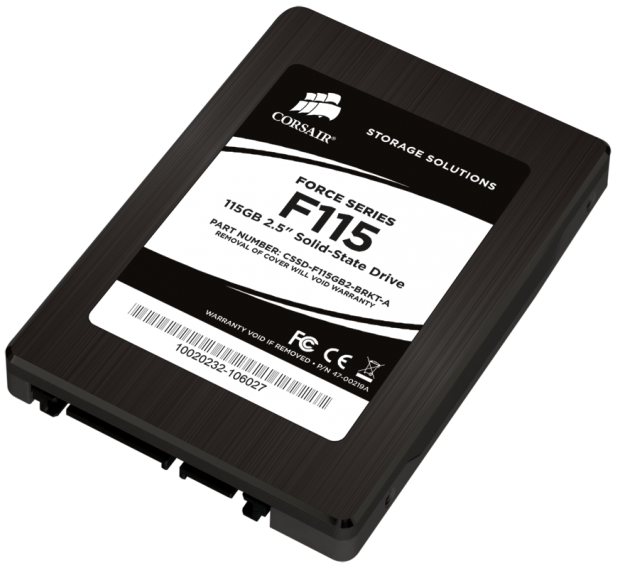 Flash memory manufacturers are transitioning to using 25nm process for fabrication, allowing them to boost capacity and reduce costs, which in turn will allow SSD suppliers to pass those savings to the consumer. The downside is that SSDs built using 25nm flash ICs may require more over-provisioning (a technique used to ensure reliability) which lowers the capacity of the SSD and may also see a reduction in performance.

"The Corsair and SandForce engineering teams have been working closely with the key flash memory suppliers to profile and qualify 25nm parts," continued Beekley, "and we've been running our Force drives through performance and reliability testing alongside them. We're pleased with the progress that's been made in getting the Force Series 25nm drives ready to ship to customers."

In the Corsair Labs, using the ATTO synthetic benchmark, only a small reduction in performance (roughly 3-4%) was seen when testing Force Series SSDs built with 25nm flash. Real-world tests, such as copying groups of files or measuring Windows boot times, support the ATTO results and show little to no performance loss. However, the over-provisioning needed means that in some cases the capacity of the drives will be reduced.

"So that our customers are perfectly clear about what they are getting, we will be changing the model numbers on all 25nm based drives and transitioning the drive capacities we offer where necessary. For example, a drive that would have been sold as 120GB when built with 34nm flash will be launched as a 115GB version," said Jared Peck, Global Product Marketing Manager for SSDs at Corsair, "All Force Series drives built with 25nm flash will also have a '-A' suffix on the part and/or model number, making it easy to determine exactly what you're getting."

You can read more about the transition plan, including the full set of results from our Corsair Lab performance testing, on the Corsair Blog.

Images of the Force Series can be found in the SSD section of the web site.

Copyright© 2011 Corsair. All rights reserved. Corsair, and the Sails logo are registered trademarks, andForce Series are trademarks of Corsair in the United States and/or other countries. All other company and/or product names may be trade names, trademarks, and/or registered trademarks of the respective owners with which they are associated. Features, pricing, availability, and specifications are subject to change without notice.