Who Says Size Does Not Matter! New Supreme King

The world-renowned graphics card leader, Gainward flaunts to unveil the world's first and mightiest GTX 580 3072MB "Phantom". As a rule of thumb, any performance graphics cards on-board memory exceeding 3GB are merely for show! There is a revolutionary breakthrough triggered by Gainward innovations, just a couple of weeks ago, Gainward released GTX 580 "GOOD" own design; today showcasing its strong competences in "PHANTOM" developments, it won the title of world's first and beefiest GTX 580. These beefy 3GB frame buffer are to be filled quickly owing to the most powerful and enhanced GF110 chipset, Fermi 2.0 architecture; it is a tribute to enthusiastic hardcore gamers worldwide with the screaming performance and quiet cooler design. 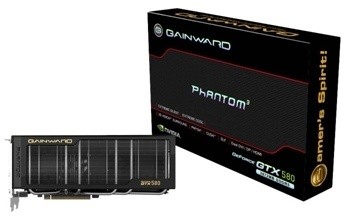 Remarkably, Gainward GeForce GTX 580 3072MB "Phantom" innovates its unique cooling technology, "Phantom3 - Phantom power of 3", the heat dissipation reinforced efficiently by three excellent, extreme silent GR8(Great 8cm) PWM fans and conducted away by exceptional 6 pcs of Gainward Grand-Prix Heat-Pipes Hybrid Cooler designed in 6 mm heat-pipes ; on the top of it, voluminous heat sink fins are embraced to lead the best of optimized dissipation. The core clock of Gainward GeForce GTX 580 3072MB "Phantom" is at 783MHz for all 512 CUDA Cores, while its shader and memory are clocked at 1,566 and 2,010MHz for GDDR5 384 bits memory; equivalent bandwidth is amazingly up to 193 GB/sec. 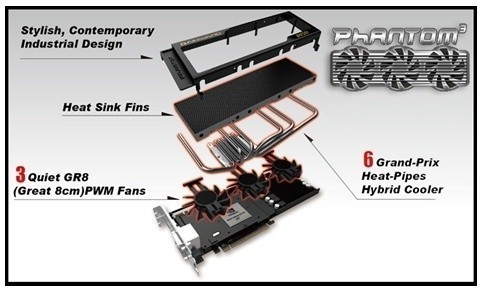 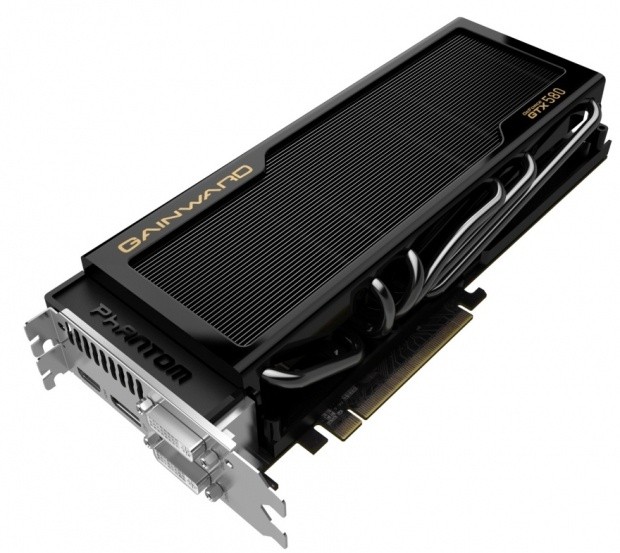 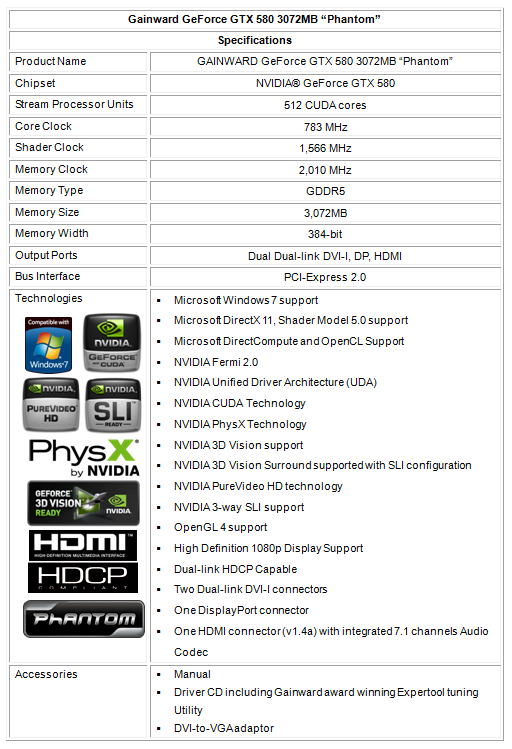