-- "Visibly Smart" Performance for the Next Generation of Gaming

Intel's latest family of desktop and mobile processor brings exciting new performance features while also improving its efficiency such as Intel's Turbo Boost Technology 2.0, which automatically speeds up your processor when your PC needs extra power. The series also features Hyper-Threading Technology, which allows each core of your processor to work on two tasks at the same time. Whether it's HD video, 3D games, multitasking, multimedia, or sharing photos, CyberPower's new Sandy Bridge line can handle it all with headroom to spare.

CyberPower will offer Intel's Sandy Bridge processor in its award winning Gamer Xtreme and Infinity models and through its custom Configurator. Among the many models to feature the new processors will be the Gamer Xtreme 1000, 2000, and the award winning 5000.

The Gamer Xtreme 2000 includes the same Sandy Bridge i5-2300 with double the memory. It also features a discrete graphics card in ATI's Radeon 5770 starting at $799. 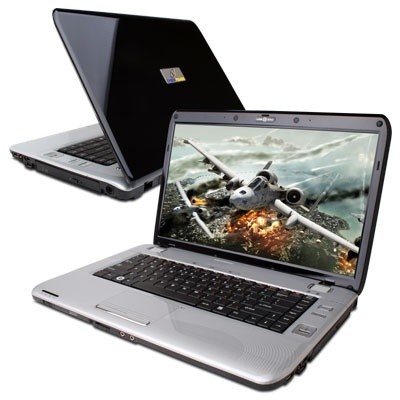 The Editor's Choice winning Gamer Xtreme 5000 is a serious gaming and multimedia rig built around the unlocked Sandy Bridge i7-2600K processor, which can be easily overclocked. It features an Asus P67 motherboard and Asetek water cooling to keep the super overclocked CPU cooled. Other performance features include NVIDIA's latest GTX 570 video card with 3D and PhysX support, 4 GB of performance memory, 1 TB SATA-III HDD, and a Blu Ray player all starting at $1449.

CyberPower's Xplorer Series of gaming notebooks will also be integrated with the new Sandy Bridge and Huron River architecture. These notebooks will include Intel's Wireless Display technology which allows users to share and view their content from their hard disk, home network or anywhere a browser can take them on a large screen or display. The new CyberPower Xplorer notebook will feature Intel's Sandy Bridge Core i7-2620QM processor, 4 GBs of DDR3 memory, 500 GB 7200 RPM HDD, and a crisp 1920 x 1080 HD display starting at $799.

All CyberPower Sandy Bridge-based systems are preloaded with Microsoft Windows 7 Home Premium. All models can be easily customized with a number of hard drive and/or SSD, optical drive, memory, and other peripheral component options at the CyberPower website. CyberPower backs every desktop PC with a 3-year limited warranty, notebook PCs with a 1-year warranty, and free lifetime phone support.

CyberPower will preview several of its new Sandy Bridge desktop and notebook gaming PCs in its suite during CES at the Palazzo Las Vegas, January 6-8.

CyberPower Inc. www.cyberpowerpc.com was founded in 1998 and has emerged as one of the leading custom computer system manufacturers. Headquartered in Baldwin Park in Southern California, CyberPower manufacturers and distributes a complete line of custom built Gaming Desktops, Gaming notebooks and high performance workstations to meet the unique needs of gamers, businesses, government agencies, educational institutions and other end-users. For more information contact: Sales (800) 707-0393; Email cyberpower@cyberpowerpc.com.