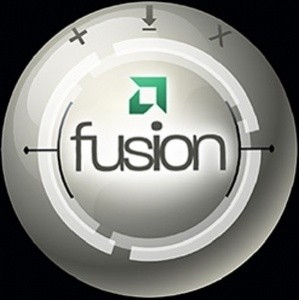 "AMD and its partners are leading the way to a new era of computing distinguished by immersive entertainment, outstanding Internet browsing and fast, efficient processing of digital workloads," said John Taylor, director, AMD Client and Software Product Marketing. "The creation of a robust x86- and GPU computing-based ecosystem to enable these next-generation experiences is the culmination of long-standing collaboration with developers, software and tools vendors, and component suppliers, as well as technology investments made possible by the AMD Fusion Fund."

To access the uniquely powerful and efficient capabilities of the APU architecture, AMD collaborates with a variety of middleware and tools providers to offer software development kits that facilitate the use of industry-standard application programming interfaces (APIs) such as OpenCL, OpenGL, Direct2D and DirectCompute. AMD further supports the optimization of software for AMD Fusion APUs with AMD Accelerated Parallel Processing (APP) technology, which helps developers more easily tap into the combined power of the GPU and CPU to accelerate existing applications and create new possibilities in software.

Dozens of innovative companies will be demonstrating amazing computing experiences enabled by AMD technology including AMD Fusion APUs at the Consumer Electronics Show (CES) this week in the Wired showcase sponsored by AMD (Grand Lobby, GL8), as well as in the AMD Technology Showcase. A variety of applications that span multimedia, gaming, productivity, web browsing, facial recognition, video conferencing and more will be on display from leading software suppliers, including:

AMD (NYSE: AMD) is a semiconductor design innovator leading the next era of vivid digital experiences with its ground-breaking AMD Fusion Accelerated Processing Units (APUs). AMD's graphics and computing technologies power a variety of devices including PCs, game consoles and the powerful computers that drive the Internet and businesses. For more information, visit http://www.amd.com.