Industry leader XFX has added a new dimension to gaming with its XFX AMD Radeon HD 6870 and HD 6850 graphics cards. This latest series of AMD Radeon graphics cards is AMD's first introduction of a 3-D gaming and multi-media solution for desktop computers, plus one of the first HDMI 1.4a and DisplayPort 1.2 solutions for Stereoscopic 3-D on the market.

This advance into Stereoscopic 3-D ushers in a new era of gaming that takes it to the next level. With up to 120 Hz active shutter technology, the quality of 3-D achievable with the AMD Radeon HD 6870 and HD 6850 is unprecedented in comparison to previous 3-D solutions created by other manufacturers. The AMD 3-D experience is truly immersive and seamless. 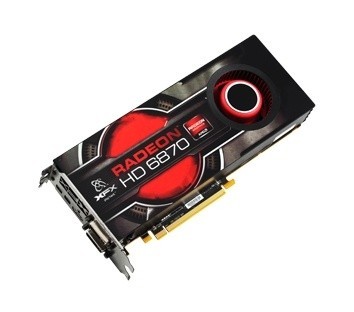 As part of the AMD Open Stereo 3-D initiative, AMD has teamed up with other Open 3-D ecosystem partners to provide consumers with "more choice, more innovation and lower cost."

These standards help make AMD Radeon solutions more readily compatible with a broader range of choices for building a computer with a stereo 3-D solution including hardware, software, middleware, glasses as well as displays.

Shaders at speeds of up to 800 in the HD 6850 and 960 in the HD 6870, ensure that graphics are consistent, crisp and life-like. The chipset is based on the previous dual engine architecture, but it's been revamped for improved gaming action. 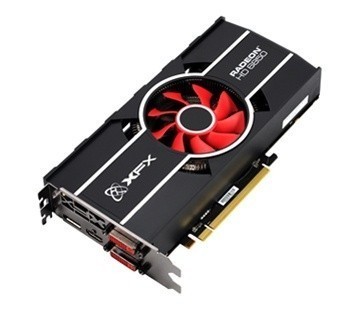 These high-powered cards feature exclusive AMD Eyefinity multi-display technology that expands the view of the gaming landscape for the ultimate immersive entertainment.

The AMD Radeon HD 6870 and HD 6850 graphics cards are 3-D ready and offer no-compromise performance with a flawless image quality for even the most demanding games. AMD's HD3D technology fully supports Stereoscopic 3-D gaming, so users aren't just playing the game - they're in it.