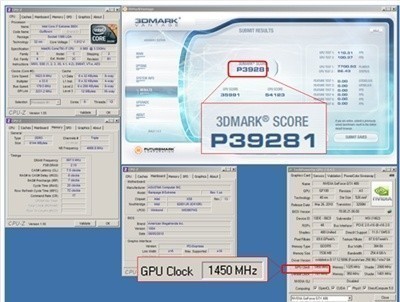 The new world record of 3DMark Vantage in single GPU

Furthermore, the N480GTX Lightning is equipped with a number of the latest MSI-exclusive features, including the Twin Frozr III thermal solution that maintains GPU temperature at 18? lower than the reference thermal design; the GPU/Memory/PLL triple overvoltage functions by the Afterburner utility and the new-generation Military Class Components. In addition to showing MSI's demand for continuous improvement, these state-of-the-art features bring consumers more powerful OC features beyond their imagination.

World's first Power4 Architecture for the most stable OC power
Continuing the improvement of the power system in the previous version, the N480GTX Lightning features the industry-first Power4 Architecture to enhance the relevant design and material of four types of power supply. These include 16 Phase PWM design to provide three times more electricity for the GPU; the next-gen capacitor, Proadlizer, to significantly enhance signal stability; the industry-best MOSEFT, CopperMOS, to supply sufficient and stable power to the GPU and memory; and the uniquely designed 6-pin power connector to provide the pure power for memory. For either general users or extreme OC users, all these bring a more stable operating environment. 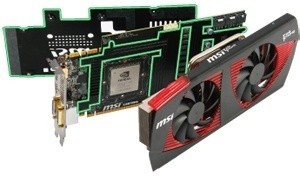 The latest Twin Frozr III thermal design to lower 18? than the reference design
MSI has won numerous awards for its Twin Frozr thermal solution since it was launched and the new N480GTX Lightning is equipped with the latest Twin Frozr III. In addition to the MSI-exclusive 8mm SuperPipe technology and two form-in-one heat-sinks as in all Twin Frozr thermal solutions, MIS has enlarge the size of the two PWN fans from 8cm to 9cm to provide more airflow. When working under full load, Twin Frozr III lowers the GPU temperature of the N480GTX Lightning 18? than the reference design and thereby enhances greater OC potential.

Extreme OC performance to build the king of graphics cards
The N480GTX Lightning even adapts the MSI-exclusive Extreme OC Functions to fulfill the hardware demand of power users. In addition to the V-Check Points and V-Switch for measuring and adjusting GPU/Memory/PLL voltage instantaneously, the Dual BIOS and XtremeCool can effectively prevent any potential problem under LN2 extreme overclocking. Moreover, the PWM Clock Tuner enables to raise the OC capability. All in All, the N480GTX Lightning is the king of graphics cards designed for extreme overclocking.

Next-gen Military Class Components for superb quality and stability
Apart from the industry-first power system, the best thermal design and the MSI-exclusive OC functions, the N480GTX Lightning is built with the select next-gen Military Class Components. These include the Hi-c CAP with a lifespan eight times longer than ordinary solid state capacitors, the SFC (Super Ferrite Choke) that enhances current flow by 30% and solid state capacitors with a lifespan of 10 years. With the top quality components, the N480GTX Lightning has longer product lifespan and best stability to build the best performance.

The world record is broken by N480GTX Lightning under LN2 extreme overclocking. For more information about the world record, please visit http://hwbot.org/community/submission/1061564_elmor_3dmark_vantage.