Kingston Technology Europe Ltd., an affiliate of Kingston Technology Company Inc., the independent world leader in memory products, today announced that its world's fastest triple channel memory kit Kingston HyperX KHX2333C9D3T1K3/3GX was clocked at 3068 MHz during a heavy over-clocking session at GamesCom 2010 in Cologne. This is the fastest ever recorded frequency for memory and was achieved by the renowned over-clockers Benjamin Bioux aka 'Benji Tshi' and Jean-Baptiste Gerard aka 'marmott', using liquid nitrogen as cooling aid. The session was run on a GIGABYTE P55 motherboard with an Intel Core i7 870 processor. 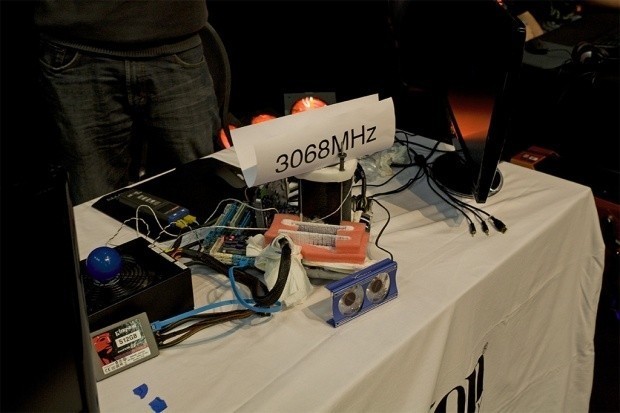 "We are absolutely thrilled by the speed of this module," said reigning French over-clocking champion Jean-Baptiste Gerard aka 'marmott', "we knew this module had a lot of potential, but being able to push it that far and break the record for memory frequency even surprised me. We are eager to see what Kingston has in the pipeline for the future." 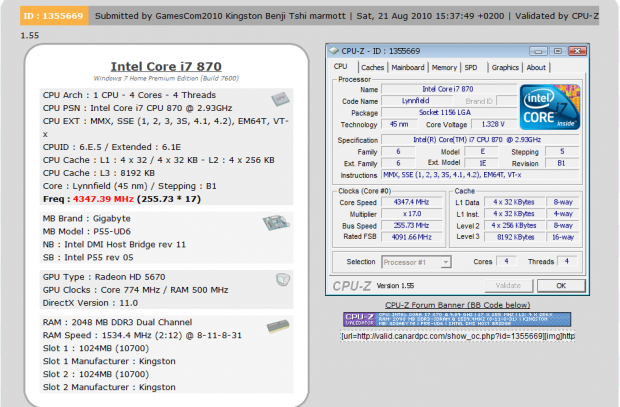 Kingston Technology released the fastest Intel-certified triple channel memory in the world, in June 2010, running at low latencies of 9-11-9-27-2N timings at 1.65 volts, developed for enthusiasts, gamers, and bench markers looking to scale new memory heights. The new Kingston HyperX 2333 MHz kit was heartily welcomed by enthusiasts and is regarded as one of the number one choices for over-clockers all over the world. It is one of the high performance kits in Kingston's HyperX T1 line within the HyperX family of memory modules. 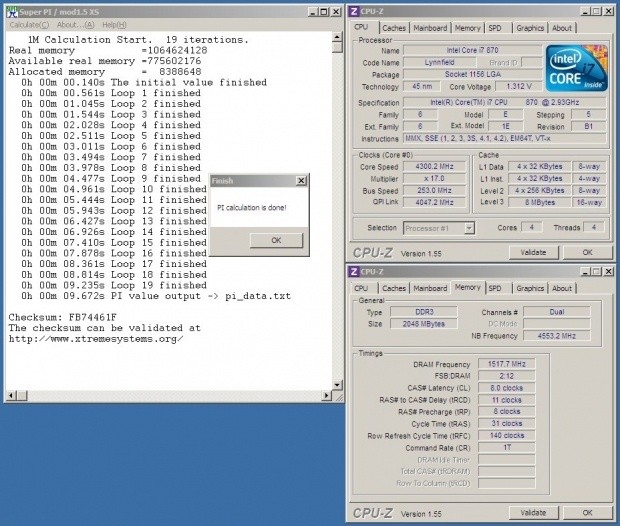 As with all Kingston HyperX memory, the 2333MHz kit is created with the highest design-engineering principles and subjected to OEM-quality production and testing standards to gain Intel XMP certification. The memory was tested to great success on several P55-based systems including the GIGABYTE GA-P55A-UD4P motherboard. Kingston HyperX memory is backed by a lifetime warranty and free 24/7 technical support.

The CPU-Z validation can be found here.