The summit - a key part of NVIDIA's GPU Technology Conference (GTC) - is a unique forum for startups to showcase innovative applications and technologies that leverage the GPU to solve visual and high-performance computing challenges. ECS 2010 will be held Sept. 21-23 in San Jose, Calif. It follows two previous ECS shows which successfully brought together entrepreneurs with those who fund their ventures. In 2009, ECS featured presentations by 60 emerging companies from 15 different countries. 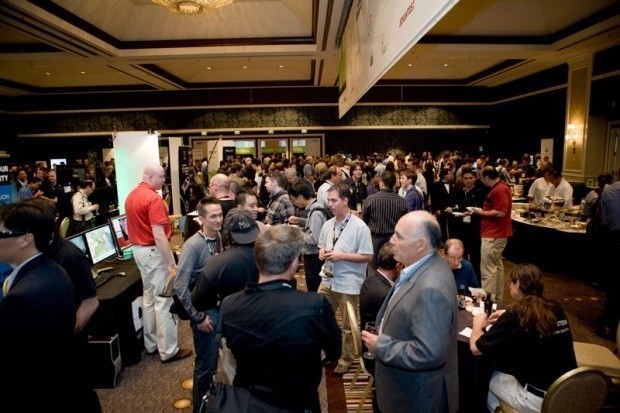 In addition to start-up presentations, ECS 2010 will feature a series of panel discussions. They include a session on "Computer Vision on GPUs," covering facial, gesture, human motion and biometrics recognition; augmented reality; and robotic computing; as well as a panel on "Creating Businesses Through Disruptive Industry Changes," featuring Morgenthaler Ventures and Silicon Valley Bank Venture Capital Group. There will also be a "fireside chat" with Jen-Hsun Huang, NVIDIA's president and CEO, to be moderated by Quentin Hardy, national editor at Forbes magazine.

A new feature of ECS 2010, "CEO on Stage," includes the heads of a select group of start-ups. In a lively and fast-paced exchange, CEOs will each introduce their companies and interact with a panel of industry analysts, investors and technology leaders. These companies will be selected by an advisory committee that includes Jon Peddie, president of Jon Peddie Research, and Drew Lanza, partner at Morgenthaler Ventures. The deadline for applications is Aug. 1, and selected speakers will be announced by Sept. 15. Interested companies can submit their proposals at the GTC 2010 Submissions site.

ECS 2010 will continue to be prominently featured on NVIDIA® GPU Venture Zone, which showcases the breadth of innovative companies that leverage the GPU for visual and other computing applications.

Registration for GTC 2010 is now open and interested attendees can register at www.nvidia.com/gtc.

•"The GPU computing revolution has now hit full stride. This year's Emerging Companies Summit will continue to demonstrate the amazing innovations that are being unleashed by the GPU. A number of emerging companies from countries all over the world will be coming to share their innovative and inspirational work."

- Jeff Herbst, Vice President of Business Development at NVIDIA
•"The Emerging Companies Summit is a can't-miss event for the GPU computing ecosystem. Start-ups on the cutting edge can network and share their stories with their peers, venture capitalists, entrepreneurs, and analysts. We've been doing some great work on NVIDIA's CUDA®-based GPU hardware systems and RealityServer® with iray® renderer."

NVIDIA (Nasdaq: NVDA) awakened the world to the power of computer graphics when it invented the GPU in 1999. Since then, it has consistently set new standards in visual computing with breathtaking, interactive graphics available on devices ranging from tablets and portable media players to notebooks and workstations. NVIDIA's expertise in programmable GPUs has led to breakthroughs in parallel processing which make supercomputing inexpensive and widely accessible. The company holds more than 1,100 U.S. patents, including ones covering designs and insights which are fundamental to modern computing. For more information, see www.nvidia.com.