SAN JOSE, CA (June 10, 2010) -- Addonics Technologies www.addonics.com today announced a family of CFast adapters which instantly connects a CFast media to any SATA port inside a desktop PC, rack mounted system or notebook computer and its own brand of CFast media.

The new adapters include a CFast HDD adapter and a SATA CFast adapter The Addonics-branded CFast media are available in 8GB and 32GB capacities.

Earlier this year, Addonics announced an eSATA CFast read/write memory adapter for connecting CFast media to eSATA or eSATA USB hybrid ports. The new products give Addonics the most comprehensive family of CFast solution for systems or applications to take advantage of the high performance CFast media technologies. 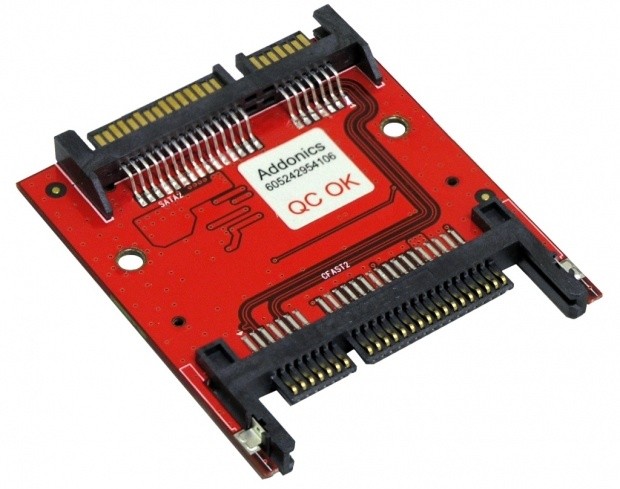 The SATA CFast adapters enable CFast media to be used as a removable storage media on any desktop system via a PCI slot or 3.5 inch drive bay and connect to the standard SATA interface. Once installed, you can use the CFast media just like a bootable Solid State Drive (SSD) or as a removable SSD.

Depending on the performance of the CFast media, you can achieve read/write speeds up to 600 MB/sec, which make this SATA CFast adapter an ideal high performance storage solution for many industrial PCs, embedded systems and a wide range of computing applications. 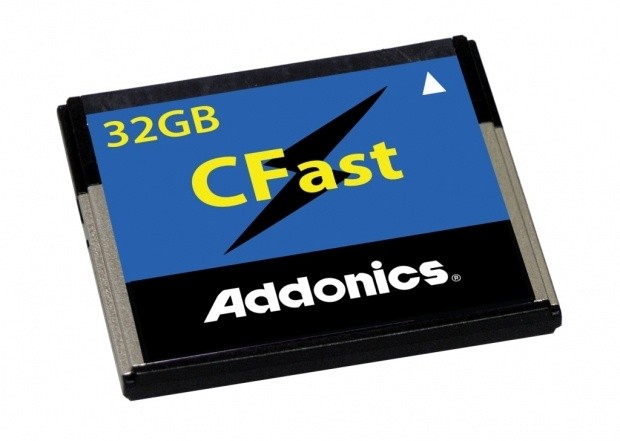 Addonics CFast flash memory cards (8GBs or 32GBs) double the transfer rate to 100MB/s over Compact Flash memory while still maintaining the small original CF form factor. CFast media appears as an ordinary SATA hard drive to any OS and can also be configured as a boot device. With Addonics CFast flash memory installed, system boot time is much faster than a standard hard drive and cameras designed to support CFast will perform much faster

List prices are $98 for the 8G CFast media, $23.95 for the SATA CFast media on a PCI slot and $18.95 for the CFast HDD adapter. For more information, go to http://addonics.com/products/FlashMemory_CFast

All products/company names are either trademarks or trade names of their respective holders.