It's not just a new solution, it's a revolution

Over 50% lighter and more compact than its predecessor, just as durable, just as much capacity, yet even more powerful.

The iStoragePro Tower series is foremost an outstanding solution for independent, or even major motion picture video editors. And, it seamlessly integrates with the design of any Apple, in fact it looks perfect next to a Mac Pro. The product easily configures with any video editing program such as Final Cut Pro, AVID (For units with direct attached RAID or with ATTO RAID controller cards), and Adobe Premier as well as any other graphic arts program. And, all iStoragePro devices are Mac OS X & Windows/Linux compatible, so even if you are not using a Mac you'll still be able to use it on any system. 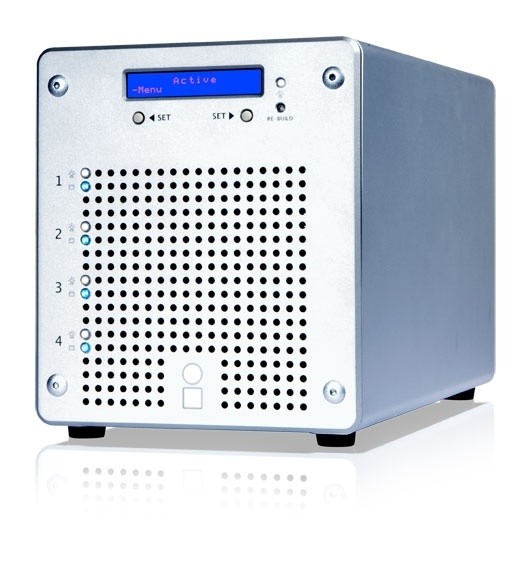 The Tower 4 Bay is a much smaller design compared to the Tower 8 Bay. The enclosure only weighs 8.7 pounds without the hard drives and 15 pounds with them, which compared to its previous generation, is over 50% lighter, and it remains competitively lighter than any other tower in its caliber designed by any different manufacturer. While the new enclosure is extremely light weight, it is still just as durable with an aluminum alloyed design, and up to 8 terabytes of disk capacity. Making it even more convenient, the enclosure includes a foldable handle so that it can be easily carried between locations. Another unique feature of the new design is the enclosures removable fan, which makes it very convenient to open and replace parts. While remaining extremely convenient, the removable fan assures state of the arc heat sink and cooling to ensure your data's integrity. The Tower 4 Bay unit also has a power and activity light on the front side of it for each drive so that you know exactly how each of the four bays is performing. 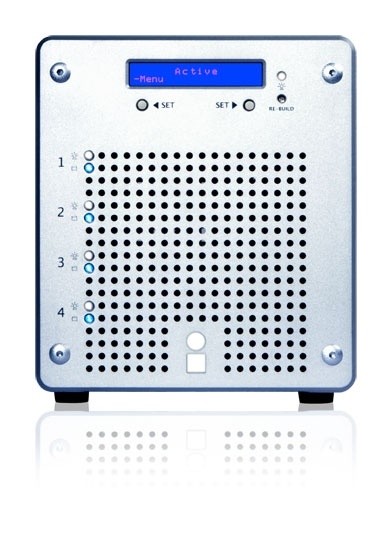 The first two models of the new series are the MiniSAS, and USB/FireWire/eSATA/RAID AKA UFER model, both of which have very high standards of quality and reputation. Movie editing can add up in terabytes, and you do not want to lose your data, but with iStoragePro's 4 Bay 3.5" Towers, we supply up to 8 terabytes of disc capacity, which is more than enough for the average video editor.

The Tower 4 Bay UFER (USB/FireWire/eSATA/RAID) is a highly unique design. Designed for extreme data protection with RAID 5, your data is indestructible. It also has a quad interface, with two Firewire 800 ports, one USB and an eSATA port. With an eSATA port, the UFER has been tested at extremely high data transfer speeds of over 200 megabytes per second. Another unique feature of the UFER is a rectangular LCD screen on the front, which allows for precision monitoring. 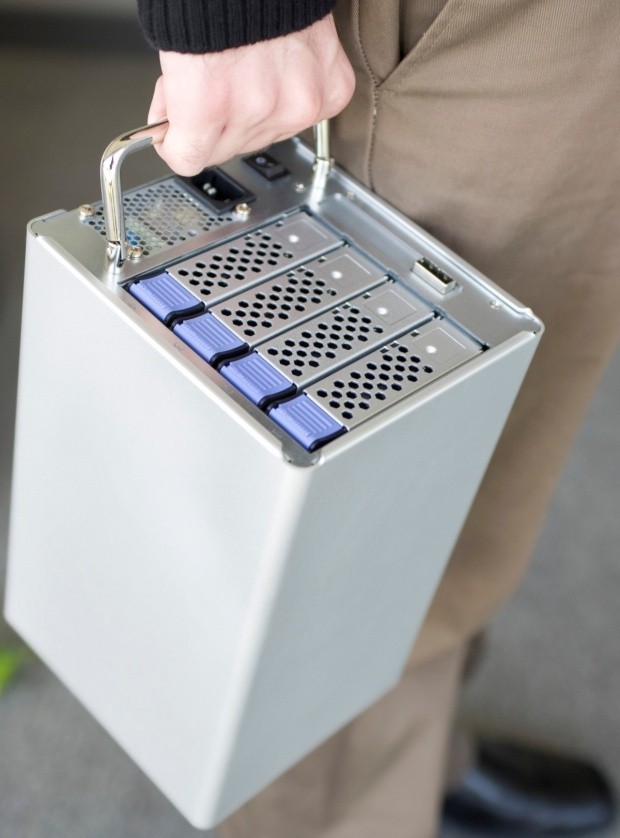 If you are looking for something more cost effective, The Tower 4 Bay MiniSAS is a less expensive solution for anyone who has large file sizes, again this is a great solution for independent filmmakers as the cost is reduced while you still get a great deal of capacity (8TB) and extreme speed. The SFF-8088 MiniSAS port is built for fast read/write speeds, making data transfer very convenient and effective for video editing. Tested at more than 300MB per second, the iT4MiniSAS is more than adequate for fast data transfer.

iStoragePro offers a 3 year warranty for all of its products, and our reputable customer service team, which can offer you any support that you may need. Please contact us now about any questions or problems you are having, or even if you would like to simply learn more about the Tower 4 Bay.