The AMD six-core processor-ready ASUS M4 Series motherboards deliver maximum performance on a mainstream platform. Joe Hsieh, General Manager of ASUS Motherboard Business, said, "Besides being ready to support six-core processors, the ASUS M4 Series gives users of every level the best performance and value with its Core Unlocker feature. This has received notable recognition from many of the world's top media organisations for delivering a phenomenal boost in performance." M4 Series motherboards with the exclusive Core Unlocker technology have also garnered global accolades for being the best motherboard for AMD processors. 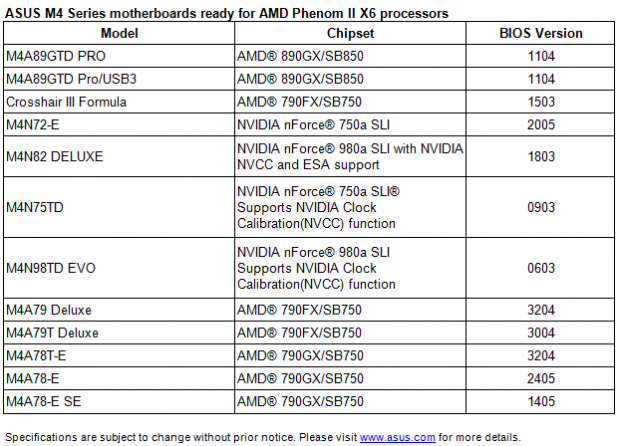 ASUS is the No.1 motherboard brand in the world, commanding the biggest market share globally. Today, one in every three computers houses an ASUS Motherboard. ASUS is the pioneer of numerous innovations that have gone on to become industry standards. Recent examples include the Hybrid Phase power design, Hybrid Processor and Hybrid Switch overclocking design, and Protect 3.0 for safe operation. With its decades of expertise and dedication to pushing the envelope of motherboard design, ASUS is poised to continue leading the industry in motherboard performance, safety and reliability.